Rebecca and Ross Williams, both Atlanta natives, met in middle school during a field trip to the High Museum. The couple moved away to attend college and were deeply committed to food politics and doing something meaningful with their lives. They farmed together at Hickory Nut Gap Farm in North Carolina, but they craved home and commitment to a place. They returned to Atlanta, where Rebecca earned her master’s degree in education, and Ross worked for a web content management company. In 2008, they moved to Chattahoochee Hills, Georgia.

By 2009, Many Fold Farm was up and running. On the farm, the couple raises sheep, lamb, pigs, and chickens, and they make cheese. Historically, there were dairy farms in the area, but no one made cheese. Rebecca works as head cheese maker, crafting cheese from their sheep’s milk. They sell to farmers’ markets and several local restaurants, and businesses beyond Georgia. Their labor has helped create a landscape for cheese making in the South. 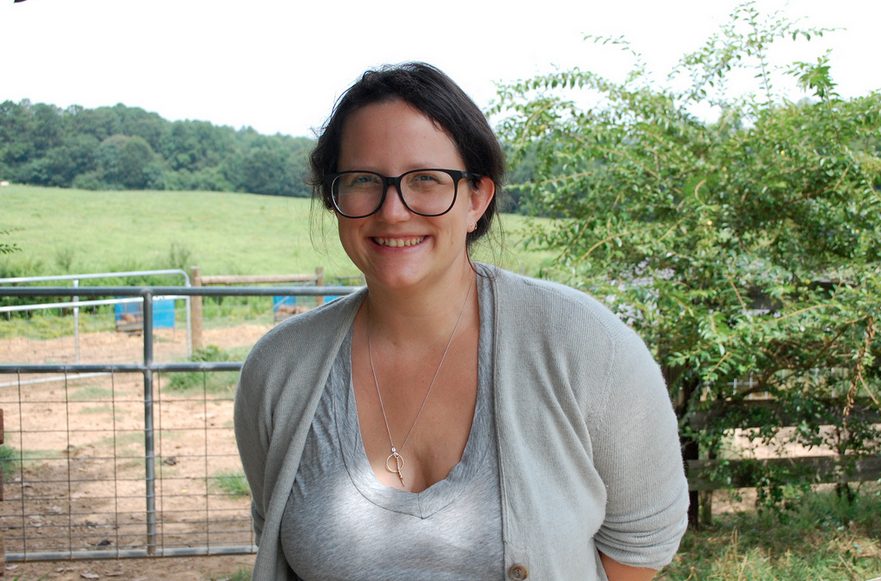 It’s the kind of work that takes a lot of patience and you have to be able to multi-task. And I think all the things that have to go on in your head at one time is something that women are very good at. I think psychologically we’re very good at holding a lot of ideas at once. And that’s a necessary skill on a farm. ~Rebecca Williams