Jenni Harris is the fifth generation of Harrises working and farming the land her family has owned in Bluffton, Georgia, since 1866. Like her father, Will Harris III, Jenni was born and raised in Bluffton. She spent her early years as her father’s shadow, attending 4-H conferences to sell cattle, riding horses, and being strapped to the front of her dad’s four-wheeler. When she was nine years old, her father dramatically changed the family’s agriculture practices, moving from the standard practices of “big ag” to more responsible and sustainable methods of raising cattle.

Jenni left home to attend Valdosta State University, where she studied marketing. After graduating, she moved to Atlanta and worked for Buckhead Beef. While she always wanted to live in Atlanta, she longed to be back home to be a part of the farm. She returned to Bluffton in 2010 and began working as the marketing manager for White Oak Pastures. She shares an office with her father, where their desks sit side by side. The farm employs eighty-five people and has its own cafeteria to feed visitors and employees. Along with cattle, there are chickens, turkeys, ducks, sheep, goats, lamb, pigs, rabbits, and an organic vegetable garden. Jenni lives in the house where her father was raised, not too farm from the farm. 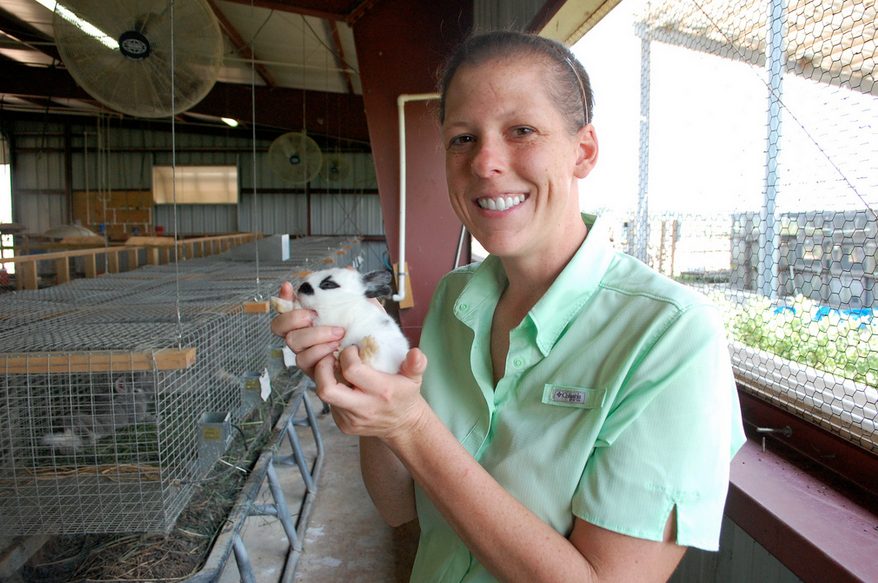 There are more women in this industry than what we notice, but we also have such an upper hand because people don’t expect us to say MY FARM. ~Jenni Harris