Born and raised in Little Rock, Arkansas, Lauren Cox was deeply influenced by her Aunt Mary’s garden and her mother’s Filipino cooking traditions. She credits these women as the reason she farms today. Lauren trained as a ballerina but decided to study African history and sculpture at Hendrix College rather than pursuing a career in dance. After graduating, she worked in a restaurant, where a French musician from Bordeaux told her about the University of Gastronomic Sciences in Italy. Lauren set off for the program, where she earned her master’s degree in food culture and communication. During her internship at the university, she traveled to Tanzania, interviewing local farmers for a radio station, then studied in Kampala, Uganda.

Before moving back to the states in 2011, Lauren met her husband, Luca Caffettani, originally from Parma. Along with their dog, the couple came to Georgia to work for Cory Mosser at Burge Organic Farm. A short while after working at Burge, the couple moved to Douglasville to start their own farm, Le Tre Lune. They farm a diverse variety of produce on five acres of the Glover Family Farm, owned by Skip and Cookie Glover.

In 2014, Lauren started farming alongside Celia Barss at Woodland Gardens Organic Farm in Winterville, Georgia. Her story was documented in 2013 at Le Tre Lune Farm, Lauren’s previous location at the Glover Family Farm in Douglasville, Georgia. 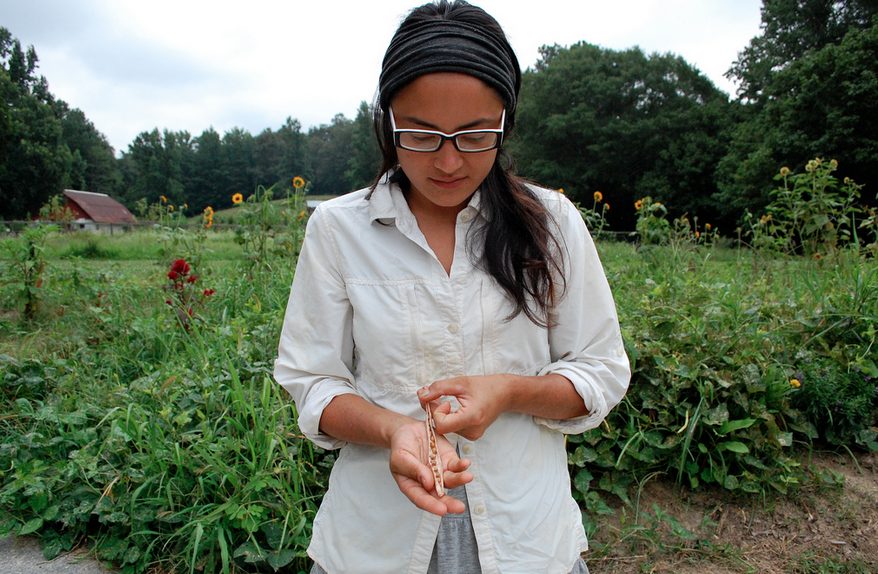 I like the story of the food. I think that that’s really what keeps me interested on a more emotional level is the story behind the food that I grow, and educating people and chefs about these strange things we grow. And that’s what really keeps it interesting. ~Lauren Cox