Jenny Jackson grew up on the very same land she now farms with her husband, Chris. Her parents purchased land in Pine Mountain from a dairy farmer in the early 1980s, as two young hippies looking to homestead. After high school, Jenny left for Athens to study horticulture at University of Georgia, where she met Chris, who was studying to be a teacher. The couple went to Hawaii as WOOFers (Worldwide Opportunities on Organic Farms), giving them the chance to farm and travel. They returned to Georgia looking for farming opportunities and began apprenticing at Skip and Cookie Glover’s farm in Douglasville. Jenny eyed her parents’ land, but did not want to go into debt to irrigate crops. Just as she was about to quit farming to enter nursing school, Skip told her about a grant that would help pay to irrigate the farm.

In 2007, Jenny and Chris started Jenny Jack Sun Farm, growing diverse produce on five acres of land. Using more physical labor than machinery, they now grow 100 different varieties of fruits and vegetables. They also have 100 laying hens and five pigs. They market directly through their 140-member CSA, with three pickup locations within thirty miles of the farm. Unlike many of the rural farms in Georgia, Jenny and Chris do not have to travel to Atlanta to find the demand for their produce. It’s found within the local community. Even though there’s a waiting list for the farm’s CSA, Jenny says they are perfectly happy maintaining the farm in it current size. 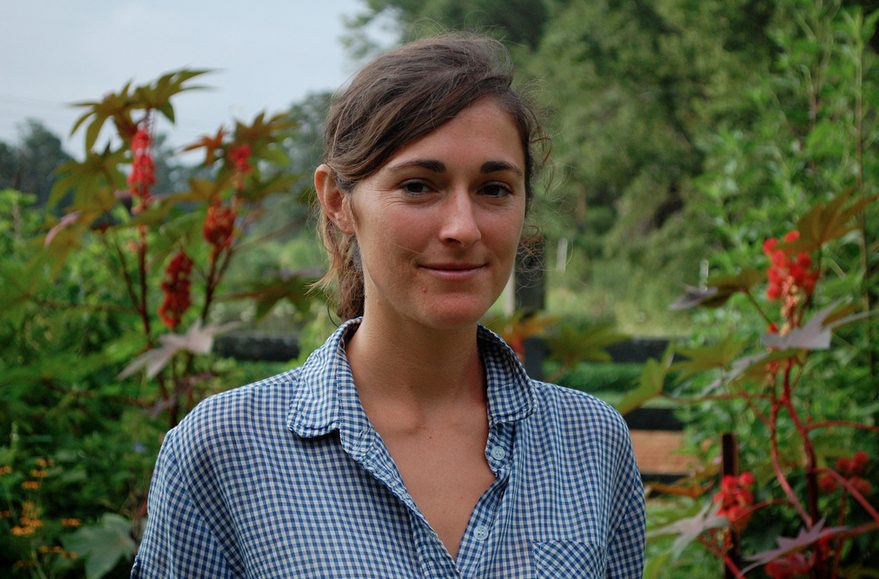 I love that I can think about who our food is going to when we’re harvesting, when we’re packaging. If we’re having a hard time with something I can literally think about the faces this food is feeding, and it’s so gratifying because people appreciate having the access to it so much. ~Jenny Jackson