Helen Dumba farmed organically long before the industry used the word “organic” in heavy rotation. Born and raised in Vienna, Austria, Helen moved to Belgium, where she raised four children. When she and her children became ill, she immersed herself in ways to nurture soils and grow food without chemicals. She took great inspiration from The Nature Doctor (Der Kliene Doktor) by Dr. Andrew Vogel. She started her own vegetable garden, because at the time it was impossible to access food not touched by chemicals. By growing food, she eventually brought herself and her family back to health.

She moved to the United States, and in 1982 purchased 175 acres of land from a retired dairy farmer named Howard Brown in Newborn, Georgia, the current home of Crystal Organic Farm. Helen used the land to grow vegetables and flowers and raise chickens for her family, while she worked for several different health food stores. When she considered selling the farm, her oldest son, Nicolas Donck, approached her with the proposal to take over. Like his mother, Nicolas taught himself how to farm and was an early pioneer of the Morningside Farmers’ Market in Atlanta. He continues to grow and cultivate ten acres of farmland, supplying various restaurants throughout Atlanta. Helen lives on the farm, where she nurtures flowers and chickens. Rumor has it there is a secret code to becoming a recipient of those eggs. 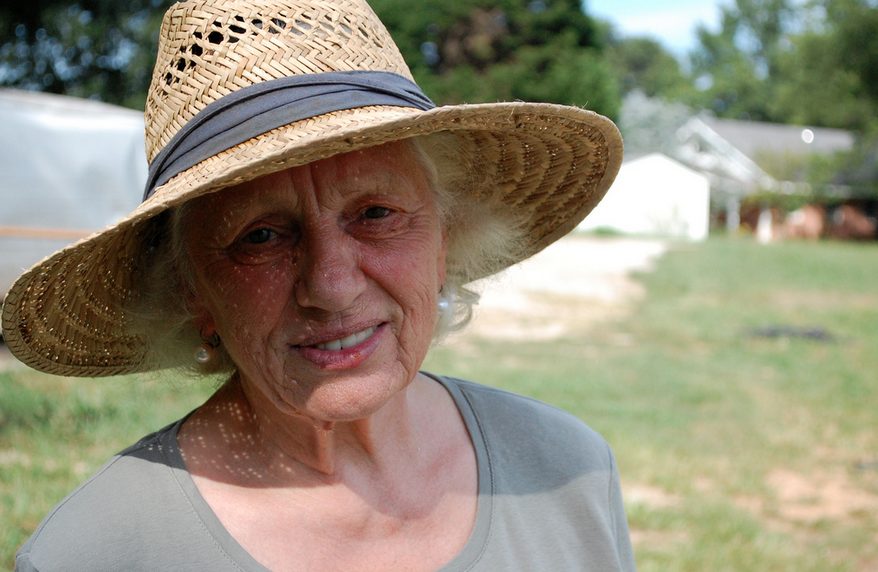 I love the soil, I love the earth. And I have always been blessed by what it gave me in return for my love. ~Helen Dumba