Set aside that yerba mate. Its close North American cousin, yaupon holly, is poised to become a breakout American beverage. Southern drink makers have tapped this ancient plant as a black tea alternative that lends itself to culinary applications with a caffeinated kick.

Once brewed by Native American tribes like the Cherokee, Choctaw, and the Ais of Florida, “black drink,” later called, yaupon tea was widely consumed in the North Carolina Outer Banks and other pockets of the South. As indigenous knowledge and foraging waned, so did sipping yaupon.

But the tea is making a comeback. “It tastes like green tea with more earthy maltiness,” says Scott Blackwell of High Wire Distilling in Charleston, South Carolina. It’s a star ingredient in the distillery’s Southern Amaro Liqueur. Dai Due in Austin, Texas, serves black yaupon iced tea, and Asi Yaupon Tea outside Savannah, Georgia, distributes a bottled yaupon tea product. Although most yaupon is still foraged or grown on small plots, Asi owner Lou Thomann farms the shrub on seventy-six acres and expects to produce 30,000 pounds of tea in 2018.

Stephanie Burt hosts The Southern Fork podcast and is a writer based in Charleston, South Carolina. 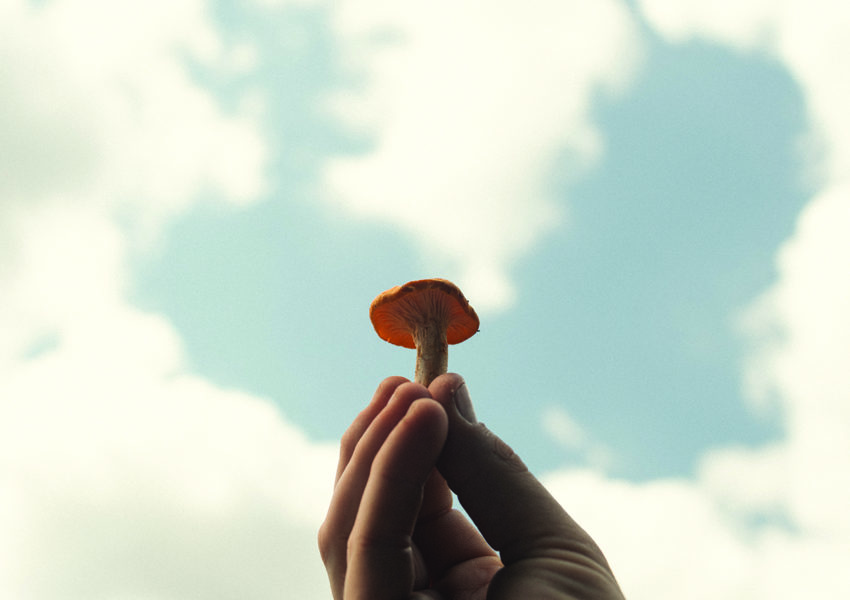 Everybody knows Ancil Jacques as Swampy Appleseed, the mushroom guy. Except it’s not really mushrooms he’s after.