A Prelude to The Secret Ingredient

Artist Shea Hembrey first thinks of corn as fish bait. He also recalls feeding human blood-kissed corn kernels to black hens to cure pesky skin warts—his Papaw’s remedy. Hembrey was reared by a hairdresser and a factory worker on forty acres of sorghum, peanuts, watermelon, corn and cantaloupe in Hickory Grove, Arkansas (pop. 128 or 129, depending on your source), a country hour from the taste of movie theater popcorn or Star Wars pinball machines on carpeted arcade floors.

Hickory Grove’s rural sandy soils rooted Hembrey in much more than “squirrel brain eating competitions and killing flies indoors with a BB gun,” though that certainly sounds like a raucous way to spend an Arkansas afternoon. Hembrey speaks of his small corner of Arkansas’ rich landscape—physical and human—with great reverence: “Where I grew up there was a mysticism and creativity to everything. Everyone made things with their hands.” His gratitude for the space rural life affords the creative reminds us how much genius has been cultivated in the fields of our American South.

Now, I’ve only had the pleasure of meeting Shea Hembrey on the YouTube TED channel and at the other end of the telephone line where his gentle drawl storytells with equal parts Faulkner graduate seminar and Sunday afternoon revival meeting. His cadence weaves from preacher to professor with the hypnotizing tone of someone in a constant state of deep, deep exploration.

Hembrey’s works span all mediums and subject matter, their most consistent quality the relentless chase of answers to unanswered questions. His most recognized work stemmed from a dissatisfaction with the failure of contemporary art to exhibit exquisite craft and pass his MeMaw test (explaining the concept of a piece in five minutes or less to his grandmother). He created Seek-The Inaugural Biennale to meet these criteria.

Seek fabricated one hundred artists and their work to feature in an imaginary biennale. From Rosalie Starr to Ju Hu to Estelle Willoughby to Mart Meyer, Hembrey created characters and their work from scratch. He staged a ‘Dig Jig’ wherein his own family dressed in costume and acted in character while dancing on the graves of their imaginary selves, creating a “funeral you get to be present for.” He dug for two days in the soft sandy soil of his parents’ backyard to bring the artist Nell’s work to life, placing mirrors in the ground, using the reflection of the sky “to cleanse the barren ground by looking down into the sky.” This piece further comes to life as Hembrey discusses how he “loves to dig a hole” and confesses that he has “stolen some of these people’s better ideas” as his own. 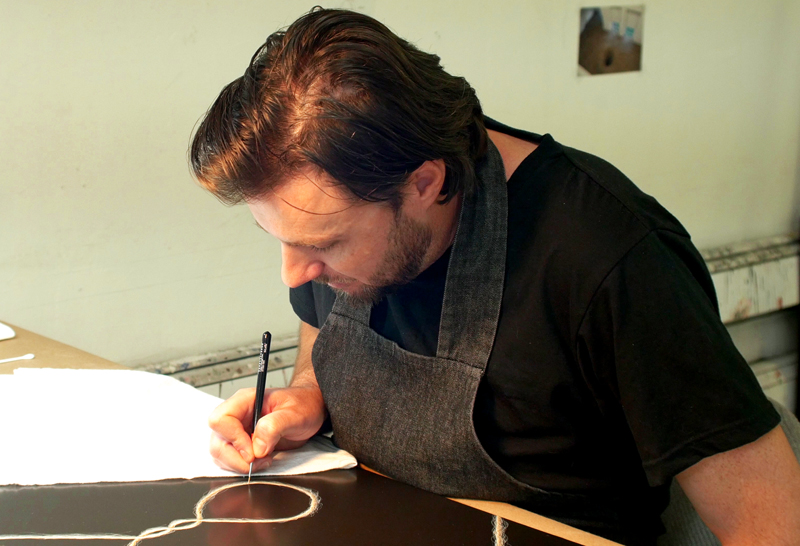 Hembrey’s first explorations for the SFA Fall 2016 Symposium installation harkened back to a chapter of his work which used dried corn husks in sculptures and images of corn in trompe-l’œil paintings. From afar, he daydreamed about utilizing the textures and aromas of corn husks for additional large format sculptures. Hembrey, living one of the Seek artist’s belief that “art is everywhere waiting,” paid a visit to the SFA’s very own revival tent, the Powerhouse, to explore the possibilities.

There’s something about the Powerhouse you don’t quite know until you walk through it—the space stands tall, sits long, and is downright humbling. These grand canvases of space called Hembrey to attention and begged him to listen. Listen he did, describing the Powerhouse as “conversational, requiring a piece with a stronger narrative, both poetic and informational.” He turned from the thought of more large-format sculptures to a long, conversation-starter of a piece supplemented by several smaller components.

This larger piece, The Secret Ingredient, debuts at the Powerhouse in October as part of an exhibit by the same name. Wall-long installations of recipe boxes display a single talismanic recipe card each. The recipes feature Hembrey’s writings and drawings with instructions for fodder (and every now and again for food). Secret ingredients and techniques explore meaning beyond definition. Alongside The Secret Ingredient Hembrey will install four sculptures made of often-overlooked materials—from wheat straw to cornhusks to tailfeathers—the transformation of these materials emphasizing their humble roots. All the components of the installation evidence Hembrey’s esteem for the “broken beauty of decay and the flowering of rubble,” in “the wrinkles and wear that time etches onto a thing.” His wheatgrass sculpture Radius questions the gospel-truth world of physics; in The Secret Ingredient, we learn his grandfather’s recipe for wart removal by corn kernel and human blood, and we wonder why we’ve never questioned the origin of the word corny.

Hembrey’s art examines the mega and micro that we do not see but should strive to understand.

Preacher and professor, Hembrey prods and proselytizes. His art examines the mega and micro that we do not see but should strive to understand. He affirms that “heart and soul transfers directly from the maker into the object, and furthermore, that no idea is so brilliant that it shouldn’t be personally be backed up with masterful construction.” Perhaps it’s no surprise that Hembrey’s Artist Statement reads like a modern mantra, a contemporary creed for curiosity, craft, and clarity:


Driven by a multi-year grant from 21c Museum Hotels, we open the Symposium with a viewing of The Secret Ingredient. We invite you to visit the Powerhouse in Oxford, MS, October 4–30 to experience the exhibit. 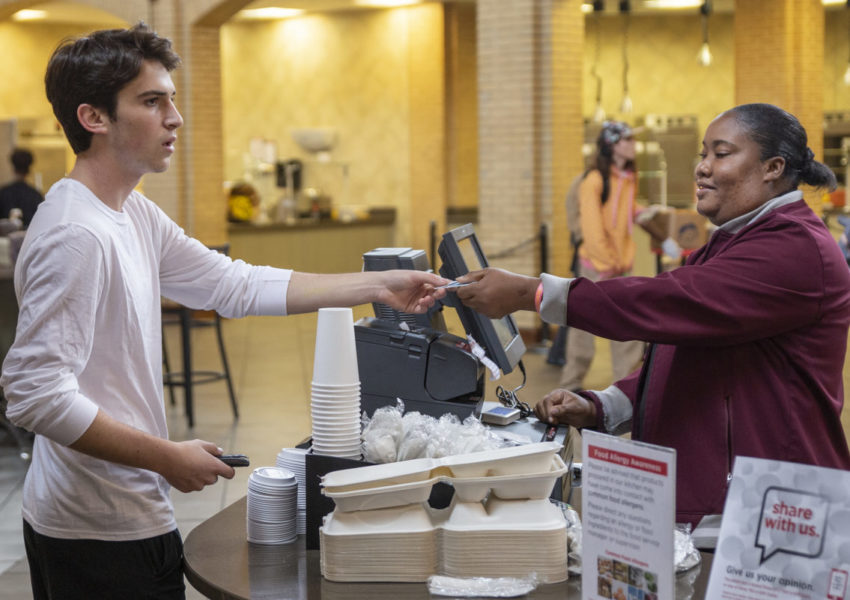 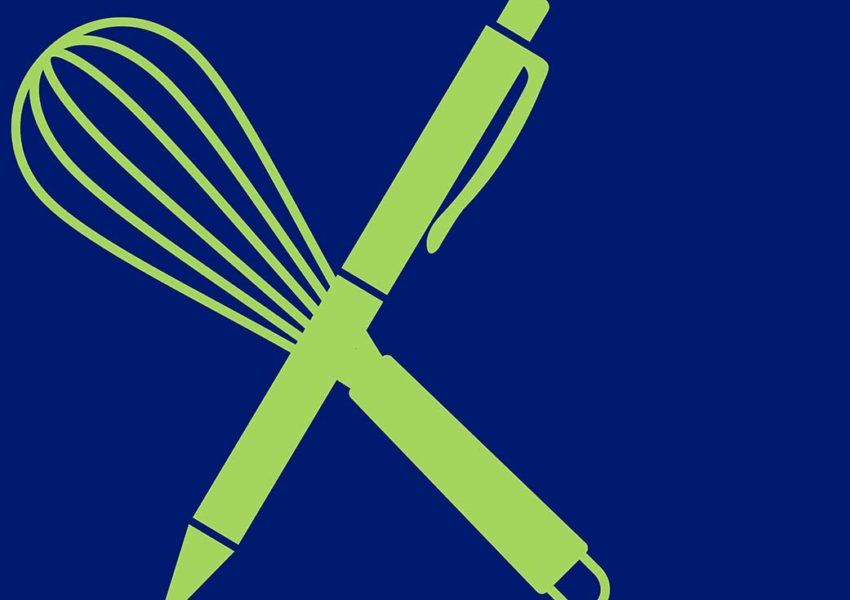 Reporting the Work of Food

Three interlocked stories on the economics and labor practices of campus dining at Auburn University, the University of… 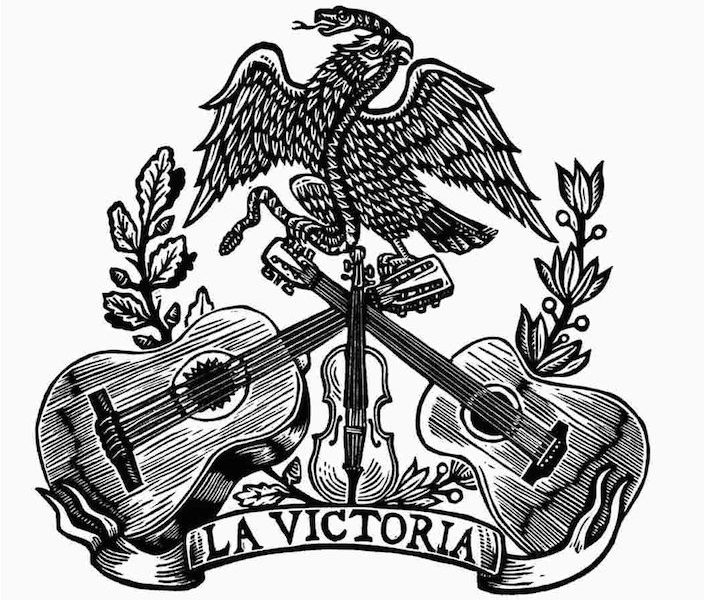 LA VICTORIA 21st Century Corridistas The corrido is a ballad, or narrative song, native to Mexico. Considered the…