This object speaks. What does it say?

I have long held messy assumptions about this old potholder, with its tiny, meticulous stitching banded in fragile blue silk ribbon. On a stained brown needlepoint field, two black figures dance. One holds her red skirt high, the other kicks up his heels. In freeform cross-stitch below, a celebratory message proclaims: WE'S FREE.

My family, rice planters in the Carolina Lowcountry, owned slaves and fought for the Confederacy. My husband’s family, rooted in northern New York, were abolitionists. One served as a conductor on the Underground Railroad. The potholder may have belonged to him. It definitely passed down to his granddaughter, Margaret “Mimi” Thompson Quackenbush. After Mimi died, my mother-in-law inherited it.

My husband and I are now custodians of this Black Americana artifact. That genre, which has earlier roots in European blackamoor art and extends to Jim Crow–era mammy iconography, employed dehumanizing caricatures to rationalize subjugation. Our needlework potholder, dating from the mid-1860s, was stitched to communicate a different message.

It was born of a moment when white women’s societies, focused on abolition and, later, black uplift, used their domestic skills to raise money for these causes. They baked cakes. Used needle and thread to express their political views. Sold potholders like ours at anti-slavery bazaars and fairs.

But representing the other was fraught and subjective, as it remains so today. Language and drawings from this era often infantilized enslaved people, says art historian Cheryl Finley, a visiting professor and curator at Spelman College. Even the language and drawings used by abolitionists relied on these tropes. “The potholder seems to celebrate the prospect of freedom, but actually subverts it,” Finley says. “That iconography, together with the use of dialect, produces a caricature that mocks the freedom of formerly enslaved people.” From our present-day perspective, “it is denigrating,” says Finley.

Freed African American children in front of their schoolhouse in Beaufort, South Carolina, ca. 1862. Their missionary teachers stand on the schoolhouse steps.

On the other hand, craft objects can be hard to read, says Whitney Stewart, who teaches material culture history at the University of Texas at Dallas. Stewart argues that determining the intent of a craft-maker is more difficult than it is with an author or artist. To understand how this potholder could have been an emblem of the abolitionist movement, but is now considered offensive by modern standards, she compared it to Uncle Tom’s Cabin. In the 1852 novel, Harriet Beecher Stowe depicted black characters in ways we would now recognize as racist, yet in Stowe’s day, abolitionists used her novel and those caricatures to argue against slavery.

Four hundred years have passed since slave traders first shipped West Africans, by force and under threat of violence, to the Virginia Colony. America is still reckoning with that reality and the culture created by that commerce. Our WE’S FREE potholder was never intended for practical use at a hot stove. It was made to be a symbol.

In search of symbolic context, I discovered the existence of an earlier abolitionist potholder with the same dancing couple, one that includes a more radical and subversive message: ANY HOLDER BUT A SLAVEHOLDER. This style was still popular in 1882, when a young admirer gifted one to Frederick Douglass. On receipt of his potholder inscribed with that message, Douglass, the great advocate of black liberation, responded, without apparent condescension, “It was beautiful in a dear little girl like you to read and think kindly of my life and history…I appreciate the holder and the letter very highly….”

Both of these potholders are artifacts of material culture, embedded with stories from the past. These require contextualization and benefit from historical knowledge. That’s why the next home for the WE’S FREE potholder that has been in our family for so long will be a museum.

Shane Mitchell is a James Beard Award–winning journalist and writes the “Problematic Crop” series for The Bitter Southerner.

Historical image by Hubbard & Mix courtesy of the Library of Congress. 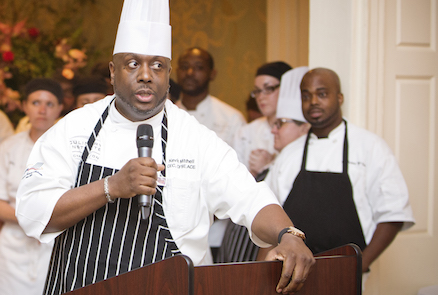 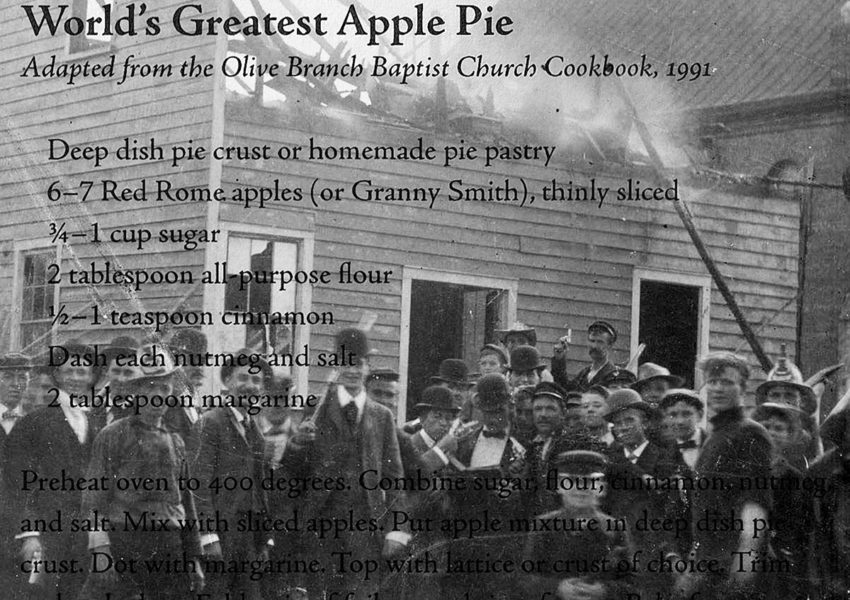 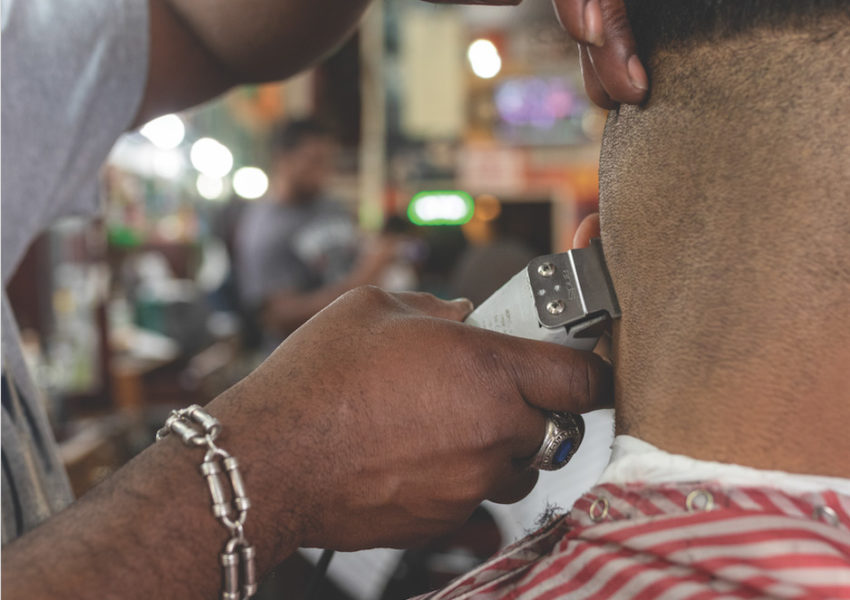 Atlanta is the capital of black hair. It’s also the locus of a robust network of home cooks serving those doing hair…