A Mexican wedding, a Honduran soup, and a family secret

“New Orleans?!” I scoffed when my cousin Vic told our group of friends where he was going to get married. Why should a Mexican from Orange County, California, have his wedding there?

“Calm down, Gus,” said Victor. “You’ve never been, so you don’t know. It’s beautiful—and cheaper than anywhere my wife and I could find in Southern California. And besides, it’s just like Jerez.”

New Orleans, a city famous for its civic gumbo of Spanish, West African, French, and Caribbean influences, bore similarities to the isolated mountain birthplace of our parents? I scoffed again.

I knew that after Hurricane Katrina, over 100,000 Mexican and Central American immigrants helped to rebuild the New Orleans metro area. Officials welcomed their labor to clean up disaster sites, but cracked down on their attempts to create permanent businesses.

In 2007, Jefferson Parish passed regulations that essentially made it illegal for food trucks to operate. More impolitely, New Orleans City Council President Oliver Thomas told the Times-Picayune that he opposed “food trucks from Texas” setting up shop in town because they took away business from longstanding eateries.

“How do the tacos,” Thomas wondered out loud, “help gumbo?”

Would New Orleans welcome my cousin and me? I remained skeptical as I drove my rental car from the airport into the city. But I soon learned that the roots Latinos have planted were deeper than I’d realized.

New Orleans and Mexico have had a cultural exchange for more than two hundred years. In the 1830s, dozens of mixed-race Creole families migrated to the Gulf of Mexico port city of Tampico, Tamaulipas, to escape rising racism in Louisiana. They brought to their new ciudad architecture and okra, and they mingled New Orleans Mardi Gras traditions with those of the existing Carnaval. As a result, Tampico Carnaval splits the difference between Rio de Janeiro (skimpy costumes, long parades) and New Orleans (krewes, copious alcohol). The festivities commence with an effigy burn to exorcise the mal humor (bad moods).

Refugees went both ways: During the 1850s, Benito Juarez twice found sanctuary in Nueva Orleans, where he worked in a tobacco factory. He’d go on to liberate Mexico from the French occupation of the 1860s. Juarez’s home country never forgot which city sheltered him. Today, a statue of him stands on the corner of Basin and Conti streets, a donation from the Mexican government.

The night before Vic’s wedding, we hit the French Quarter for one final evening of bachelorhood. He was right: It felt just like Jerez.

The two-story buildings with balconies. The narrow streets. The open-air drinking. The live music popping out of bars. Tourists strolled; natives talked on benches.

Jackson Square reminded me of the main plaza in Jerez. The topography was different—Jerez is in Mexico’s interior highlands, while NOLA is at the end of the Mississippi Delta—but the vibe was the same. In my drunken haze, I thought I saw a mistake: Day of the Dead skulls in January.

Creoles, like Mexicans, know that the wall between the living and the dead is porous. Our respective cultures celebrate that fact. So there was a warm familiarity in the voodoo embrace I saw throughout the Quarter. Unlike other parts of the United States, where skeletons and skulls are used for kitsch or menace, macabre markers here were everyday—even more so than in most of Mexico.

T-shirts, tchotchkes, and posters emblazoned with Day of the Dead–style skulls were everywhere—bejeweled, colorful, vibrant. They weren’t tied to the holiday. Most accompanied T-shirts emblazoned with NEW ORLEANS.

I dismissed the mementos as just tourist junk. But the more I thought about what I saw, the more I felt Bourbon Street merchants were onto something. They obviously sold the Día de los Muertos merchandise because it made money. Pop culture usually presages an eventual mainstream embrace. Those vendors seemed to know local politicians didn’t recognize a decade ago: Mexican culture is now as much a part of the city as the Saints and Louis Prima.

After the wedding ceremony, my cousin and his bride hired a brass band to follow them from St. Louis Cathedral to Brennan’s. We do it the same way in Jerez, except ours are the thunderous rhythms of Zacatecas norteño. As we second-lined through the streets, I remembered New Orleans’ unofficial motto: Laissez les bons temps rouler. Let the good times roll.

Total cliché, yes, but I felt it because we jerezanos have a similar saying: Que nos siga la banda. Let the band follow us.

Party, because life is short. So we did. I recognized no Mexican influences in the restaurant’s Creole dishes, but my aunts and uncles enjoyed it. The etouffee was as rich as our moles, and the DJ spun equal parts Los Tigres del Norte and Louis Armstrong into the night.

They have migrated to New Orleans since the 1930s, when New Orleans became a hub for the banana trade. The United Fruit Company treated the country like its own private banana plantation, which originally attracted Honduran businessmen and politicians to the city. In recent decades, disasters like Hurricane Mitch brought working-class migrants. Their presence is such that many Mexican restaurants around the city also sell baleadas—folded flour tortillas smeared with red beans and other ingredients such as eggs and meat. (Clueless Mexicans like myself mistake them for stuffed quesadillas.)

At Casa Honduras, a massive restaurant in New Orleans East that broadcasts soccer matches during the day and turns into a dance club on weekends, I scarfed down baleadas as an appetizer to sopa de caracol—sea conch soup. It’s the most famous dish of the Garifunas, a Central American population of African and indigenous descent. The cooks lightly fried strips of the chewy conch and served it in a coconut broth bobbing with chunks of yucca, two types of plantains, and rice, served with a side of crispy plantains called tajadas.

I squeezed lime over the sopa. Sweet, savory, buttery, electric, it was a manifestation of the New Orleans I had just experienced. Though I had arrived suspicious, I found a vibrant, welcoming town enlivened by Latinos past and present. Sopa de caracol tasted like a gumbo for the Nueva Orleans.

Already planning my next visit, I returned home to a sobering postscript: My family had tragic ties to New Orleans that not even my father had known about.

When he told my ninety-five-year-old grandmother about my trip, she revealed that over ninety years ago, her older brother migrated to New Orleans to work. Macario Perez was supposed to stay there for about a year and to return to marry his fiancée.

He never came back. Nothing was ever heard of him again. My great-grandmother assumed someone killed him. My abuelita had prayed the entire time I was away that I would not meet my great-uncle’s fate.

I never once felt unwelcome in New Orleans, but I’m a middle-class Mexican American with disposable income, not the poor Mexican that my Tío Macario was in the early 1930s.

I hope New Orleans welcomed him the way it welcomed my cousin and me. Better yet, I hope that Macario fell so in love with the Crescent City that he, like so many, reinvented himself here and created his own Nueva Orleans.

Though I have traveled through the South for a decade, my family remains afraid of what I might encounter. All they hear is that el Sur is xenophobic and backwards, and that few Latinos live here. But Victor and I could now tell our extended family otherwise. And just two months after Vic’s wedding, a group of our younger cousins also traveled to New Orleans. They loved it.

Gravy columnist Gustavo Arellano is a feature reporter for the Los Angeles Times. 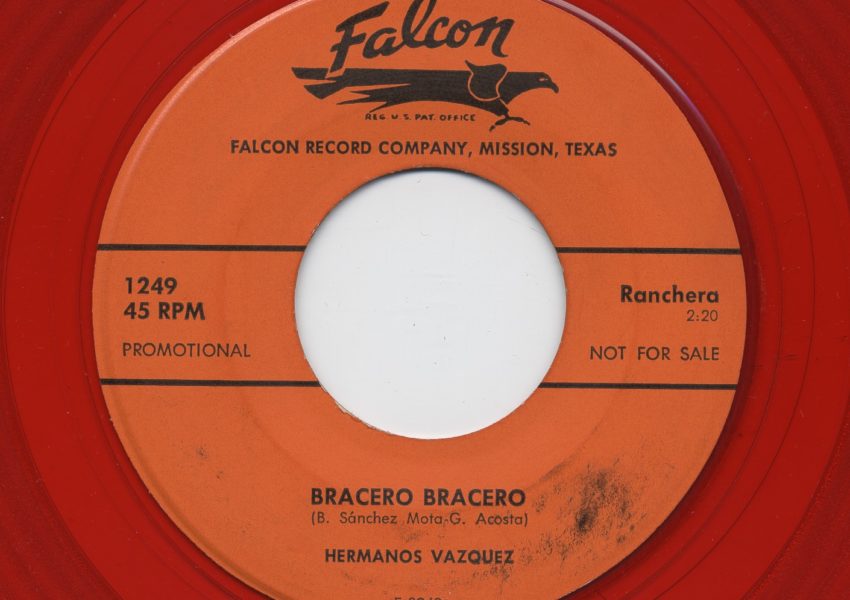 As Mexicans have made the South their permanent, instead of temporary, home, more tunes are beginning to incorporate it…