Growing up, I didn’t consider myself Mexican, or American, or even Mexican-American. My cultures were cargaderense, jerezano, and zacatecano, hyper-regional identities referring to my parent’s home village (El Cargadero) and municipality (Jerez) in the Mexican state of Zacatecas. Over a century of migration from those areas to my hometown of Anaheim, California, resulted in a community of thousands where our definition of “Mexican” differed from what Americans knew. We didn’t like mariachi; we preferred tamborazo, Mexican brass bands. We didn’t wear sombreros; we liked tejanas, our name for Stetsons (it translates as “Texans”—go figure). Soccer was a mystery to us; we played baseball.

My upbringing is nothing new. Transplant micro-communities in the United States date to when Italians adopted New York City neighborhoods according to their home provinces, and Irish-Americans sung ballads about the good days in County Cork or Kerry. Micro-communities remain the best way to understand Mexican migration in the South. Most of those immigrants don’t consider themselves mexicanos. They’re more aligned by city, state, language, or even race. Following are quick dispatches about three distinct Mexican diasporas in el Sur. May they inspire ustedes to engage with your Mexican neighbors, beyond just a morning hola.

Winston-Salem, North Carolina, is home to one of the most famous Mexican communities in the South. Here, tens of thousands of residents trace their roots to the Costa Chica, a coastal area that spans the states of Guerrero and Oaxaca. Costachiqueños have garnered academic and media attention in the United States and Mexico because they’re three times a minority: shunned by Mexicans for being black, by African-Americans for being Mexican, and by whites for being something they have a hard time understanding. They are Afro-Mexican. Bobby Vaughn, anthropology professor at Notre Dame de Namur University in California, has written articles about the Costa Chica-Winston Salem connection. During the 1990s as an undergraduate student, he went to Cuajinicuilapa, Guerrero, home to one of the largest Afro-Mexican communities in Mexico. “I saw black people, and I was dumbfounded,” Vaughn told the Winston-Salem Journal in 2005. “I saw old men who looked like my grandfather.”

These Afro-Mexicans are descended from slaves who escaped the Spanish crown in the 16th century. Their isolation led to the cultivation of traditions—dances, foods, music—that define one of the lesser-known stories from the African diaspora. Costa Chica migration to North Carolina is, arguably, credited to one man: Viterbo Calleja-Garcia. In 1978, while working at a ranch in Texas, a smuggler told him there was better money in the tobacco fields of the Tar Heel State. He went, found the living good, then sent word to relatives in Cuajinicuilapa and in Santa Ana, California, where an Afro-Mexican community had already established itself. Over the next four decades, enough people from “Cuaji” arrived that today, Vaughn estimates 80 percent of Winston-Salem’s Latino community—about 27,000 in real numbers—can claim Guerrerro as their home state.

Winston-Salem is enough of a destination for Costa Chica cultural life that it frequently hosts musicians and personalities from Mexico. Parties feature the region’s musical genre called chilenas—think sped-up Stax horns mixed with a galloping percussion section. The city has also hosted Guerrero’s most popular comedian, Tico Mendoza, who goes by the nickname “El Arrecho De La Costa” (politely, “The Flirt from the Coast”).

HOT WATER IN THE BLUEGRASS

Laura Patricia Ramírez owns Tortillería y Taquería Ramírez in Lexington, Kentucky, which rolls the best burrito in the South. If you don’t believe me, you haven’t tried it. She’s a Mexican pioneer in the Bluegrass State, having arrived in 1985. Ramírez still remembers when there was just one Spanish-language Catholic Mass in the entire state (in Springfield), a time when you could literally fit all of Kentucky’s Mexican immigrants in one large room.

Ramírez’s home state is Jalisco. That state’s love of horses and spirits made it a natural origin point for many of Kentucky’s first Mexican migrants. When I interviewed her for an SFA oral history project in 2015, a different group of Mexicans dominated life in the Bluegrass. “I never thought that there would be so many Mexicans,” Ramírez said, “and it’s all people from Aguascalientes.”

The small central state is famous in Mexico for its natural springs (hence its name, which translates to “hot waters”) and blankets (called cobijas San Marcos, renowned for their thickness and colorful designs). On Alexandria Drive, in the heart of Lexington’s barrio (called “Mexington”), multiple businesses use the name “Aguascalientes”: supermarkets, bakeries, taquerías, a sports bar, and more. This concentrated naming convention is always a telltale sign that a particular diaspora has set up camp in an American city.

Despite this new wave, little research has been done on hidrocálidos (the demonym for people from Aguascalientes) in Kentucky. The 2005 book New Destinations: Mexican Immigration in the United States, which features a chapter on migration to Mexington, didn’t mention the Aguascalientes connection. To some grad student out there, here’s your dissertation. De nada.

Percentage-wise, Hildago has sent more of its US-bound natives to the South than any other Mexican state—over a third. Raleigh, Atlanta, and Orlando were the top three destinations for hidalguenses entering the United States in 2010, according to the Instituto de los Mexicanos en el Exterior (Institute of Mexicans Abroad). Many come from La Huasteca, the region I described during a Southern Foodways symposium in 2012 as the South’s brothers from another madre. People from here also love low-and-slow barbecue and the music called son huasteco, where high yodels meet awesome fiddle breaks, resulting in a kind of mestizo Bill Monroe.

Hidalguense migration reflects much modern-day Mexican migration to the States: people come from Southern Mexico, and are frequently indigenous. Take Clearwater, Florida, known internationally as the spiritual headquarters of Scientology. Here is a community from the municipality of Ixmiquilpan, made up of mostly Otomí Indians (or, as they call themselves, Hñähñu). Last year, a group of Hidalgo teachers taught the Hñähñu language and shared customs with hundreds of children in Clearwater.

This is a unique Mexican community in many ways. Instead of living in the shadows, Hñähñu leaders have openly courted relationships with city government. They’ve organized soccer leagues through the Clearwater parks and recreation department, and city police have traveled to Hidalgo to meet with indigenous leaders. The cross-cultural meeting happened after immigration raids in the 1990s severely impacted the area’s important tourism industry.

Clearwater’s Mexicans prove that, contrary to popular opinion, we often assimilate into America—not gradually, but completely. Consider the story of US Army specialist Arturo Huerta-Cruz, a Countryside High School graduate. He was born in Ixmiquilpan before his family migrated to the United States when Huerta-Cruz was seven. The 23-year-old was a so-called “green card soldier,” a term describing the 65,000-plus men and women who serve in hopes of becoming American citizens. An IED in Iraq killed Huerta-Cruz in 2008. On the day of his funeral, flags in Clearwater and Tallahassee flew at half-mast. “Arturo was a green card soldier,” a council-member told the St. Petersburg Times after his funeral, “but he was a son of Clearwater.” 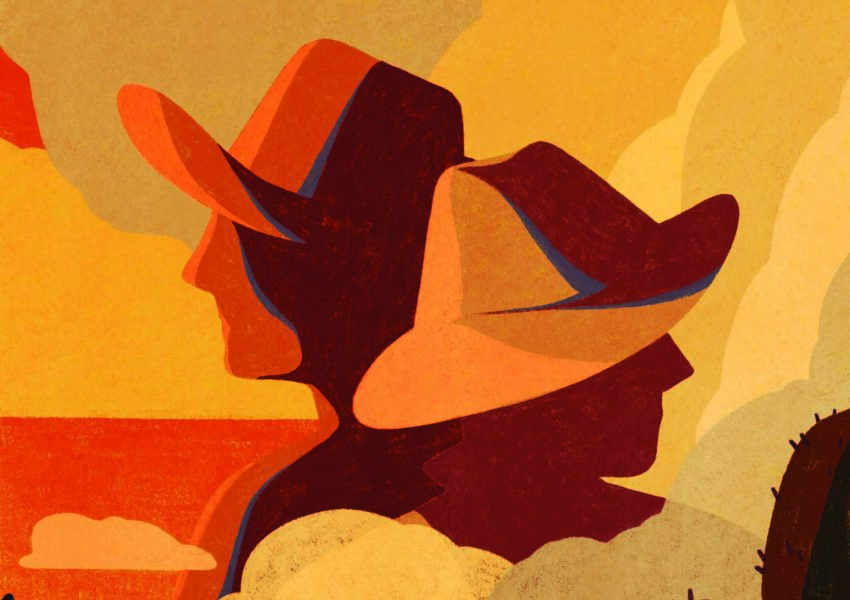 The Rise and Fall of the South’s ACP Kings

Gravy columnist Gustavo Arellano discusses ACP, and argues that if Mexicans could become successful and integrate… 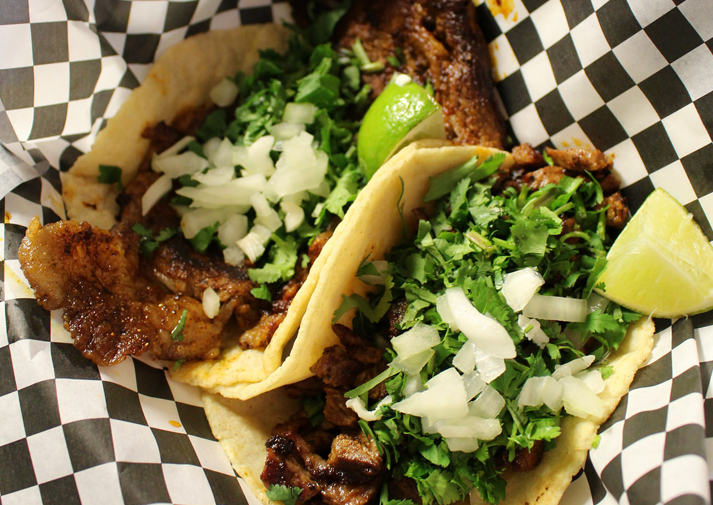 Are You Taco Literate?

Tacos can be read. They carry social meanings—they are part of foodways networks of people who conduct their rich lives… 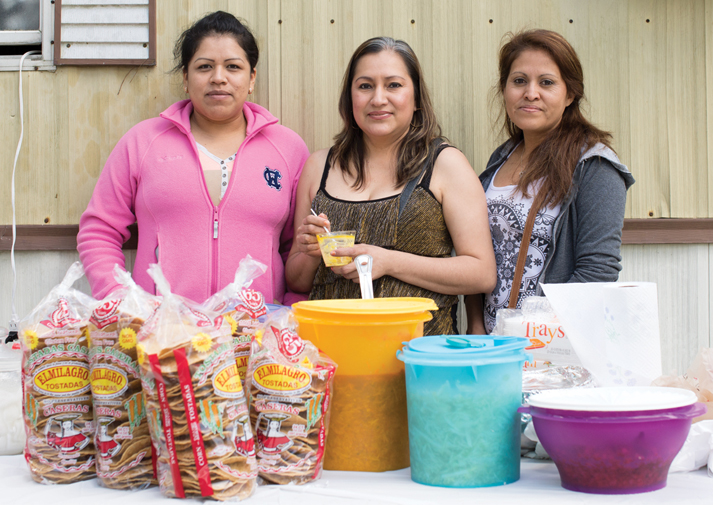 When someone from Pinewoods died, it was common to go door to door, or place a bucket at a nearby gas station, to ask…