It’s not easy to steward an organization like the SFA, whose members have a passionate sense of ownership and authority.

One enduring, albeit diminishing, criticism is that SFA is too white and too rich.

SFA’s work has, from inception, focused on working class farmers, artisans, and cooks. People of color and immigrants have long been featured chefs and have been the focus of numerous oral histories, films, podcast episodes, and essays in Gravy .

The disconnect is with the audience for SFA work. Many members are well-known chefs who own high-profile restaurants, or professionals who earn sizable income that allows them to bankroll donations to SFA and attend numerous food events that can be unaffordable for others. The fee of $700 per ticket for the Fall Symposium, which doesn’t include lodging or transportation, must be high enough to pay all the speakers and chefs who prepare the meals. The same goes for SFA benefit dinners at member restaurants.

Yet membership to SFA still costs just $75 per year, the same as it did a decade ago. That rate reflects the democratic intent of the organization, and includes a subscription to the Gravy publication, which must also pay the writers and artists who contribute to each edition. Episodes of the professionally produced Gravy podcast are free and available to anyone, as are the documentaries and short films that the public can view anytime on SFA’s website or on its channels on video hosting services such as Vimeo. 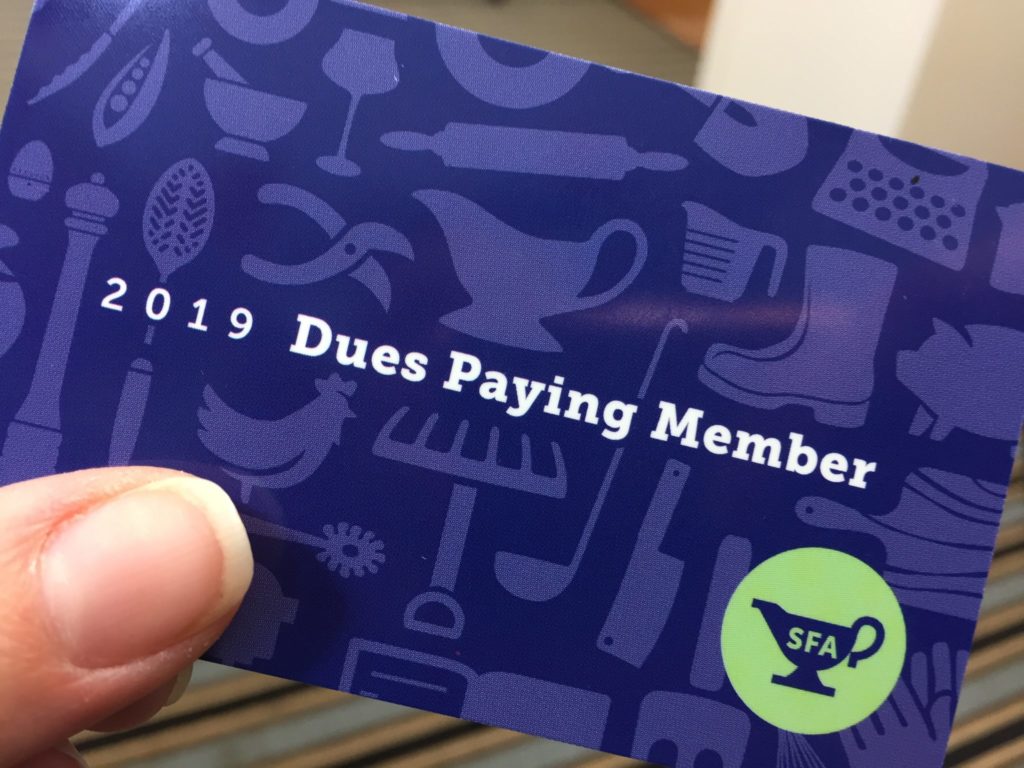 SFA often books speakers and publishes writing that challenges conventions and invites deep reflection. Ta-Nehisi Coates, the writer and MacArthur Genius Award winner whose work often explores systemic racial bias, began his keynote at the 2014 Fall Symposium by saying that he’d like to burn the state of Mississippi down. The room was “squirming and alive in all these palpable ways” as people grappled with what was said, one SFA member recalls.

Two years later, when SFA focused a Fall Symposium on corn, Sean Sherman, a Native American chef descended from the Oglala Lakota of South Dakota, conceived a lunch that excluded colonial influenced ingredients such as sugar and flour. The meal of trout, pea shoots, and amaranth cakes challenged some attendees who are accustomed to more lavish fare at SFA events.

“It was not a pleasurable meal as defined by many in the crowd,” said Edge. “Pleasure was not the whole point. Our mission is to use food and meal experiences to engage dialogue, not sate culinary cravings.”

During a 2013 Summer Symposium in Richmond, Virginia, SFA hosted a slave walk staged by local interpreters. Attendees climbed aboard buses after dinner and were driven to the banks of the James River. They stood in a misty rain, swatting at mosquitoes. Suddenly, guides for the slave walk began shouting.

“They started yelling at us ‘Bitch, shut up! Get down!’” recalled one SFA member who is white and female. “It was like, ‘Oh my gosh, we are being put through this walk the slaves went through.’”

Two black women from North Carolina were shaken by the unexpected rawness and immersive nature of the experience. The pair stayed up late that night at the hotel and talked with the white woman, whom they didn’t know very well, about how it made them feel and what their ancestors must have experienced. “It was emotional and impactful,” she said.

SFA organizers recognize how upsetting that experience was for some members. “As I’ve processed that trip, I’ve come to two very different conclusions,” says Hall, the SFA’s managing director. “First, it never should have been on the program. It was organized by collaborators we’d never worked with before and whose intentions we didn’t fully understand. The second is, it’s exactly the sort of thing that SFA should always do. It pushed people out of their comfort zone and forced them into an experience they never would have chosen.”

The white woman says she is glad that she experienced the slave walk. It gave her a visceral sense of the trauma that enslaved people endured and how those experiences still imprint on their descendents. The SFA felt like the safest place to experience something like that, she said.

“I still think about that sometimes. It stayed with me.”