Business partners Earl Bernhardt and Pam Fortner met in 1984 during the World’s Fair in New Orleans. Pam came to the city from Nashville ten years earlier (where she worked for the Corps of Engineers) after experiencing her first Mardi Gras. Earl left his radio job in Hattiesburg, Mississippi, to operate a daiquiri concession. Together they opened their French Quarter bar, Tropical Isle, in December 1984 on Toulouse near Bourbon Street.

A year later, Earl and Pam were looking to invent a drink to rival the ever-popular Hurricane of Pat O’Brien’s. The Tropical Isle wasn’t doing the business they hoped. While shopping in a Mardi Gras emporium brimming with tchotckies, Pam spotted a barrel full of plastic hand grenades. A drink was born.

The Hand Grenade is a potent concoction involving melon liqueur, served in a plastic hand grenade-shaped collins glass. It is arguably the French Quarter’s most popular cocktail, sold from a handful of Tropical Isles along Bourbon Street. Pam and Earl market the Hand Grenade as New Orleans’ “most powerful drink.” Because they own the trademark on “Hand Grenade” and “Grenade,” (as it applies to alcoholic beverages) it has also become the city’s most litigated beverage. Neon green, gaudy, and boozy: the Hand Grenade is the perfect pop cocktail.

For more on Pam, Earl, and the invention of the Hand Grenade, listen to our Gravy episode. 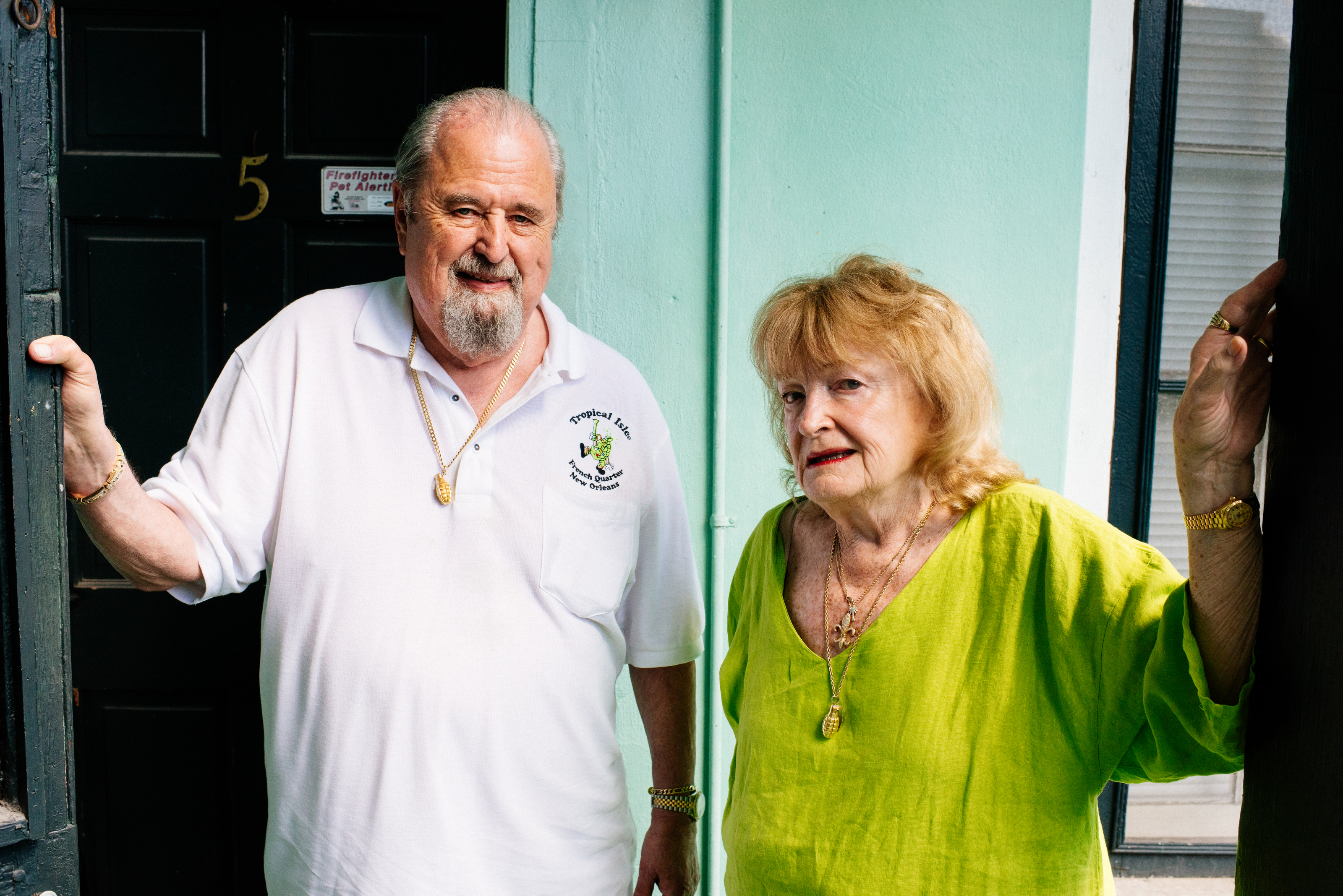 I can’t say Bourbon Street is all New Orleans, it’s just part of the whole picture. New Orleans is quite a complicated place. ~ Earl Bernhardt 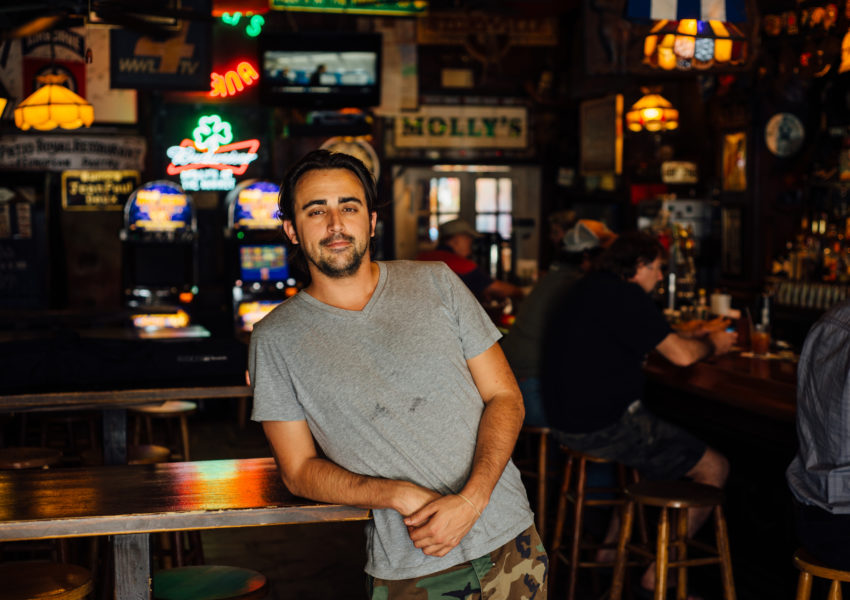 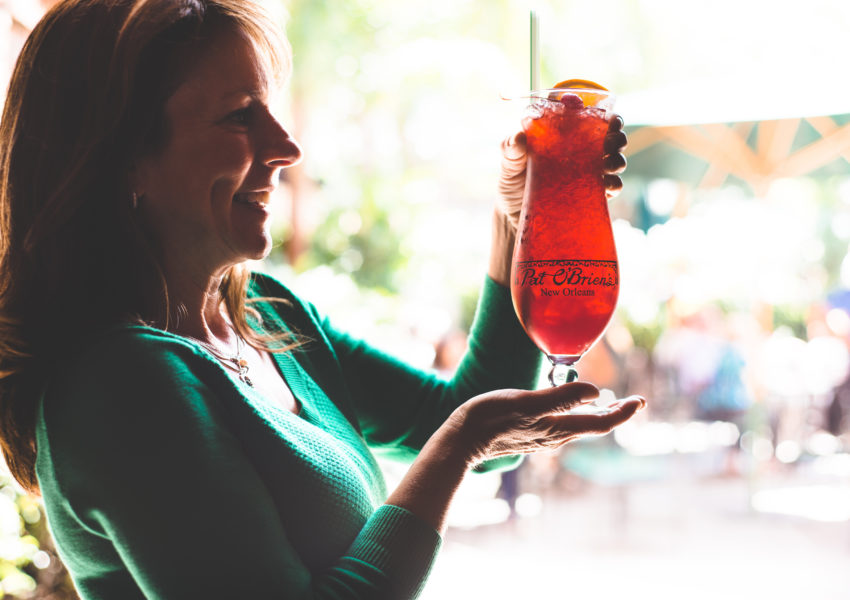 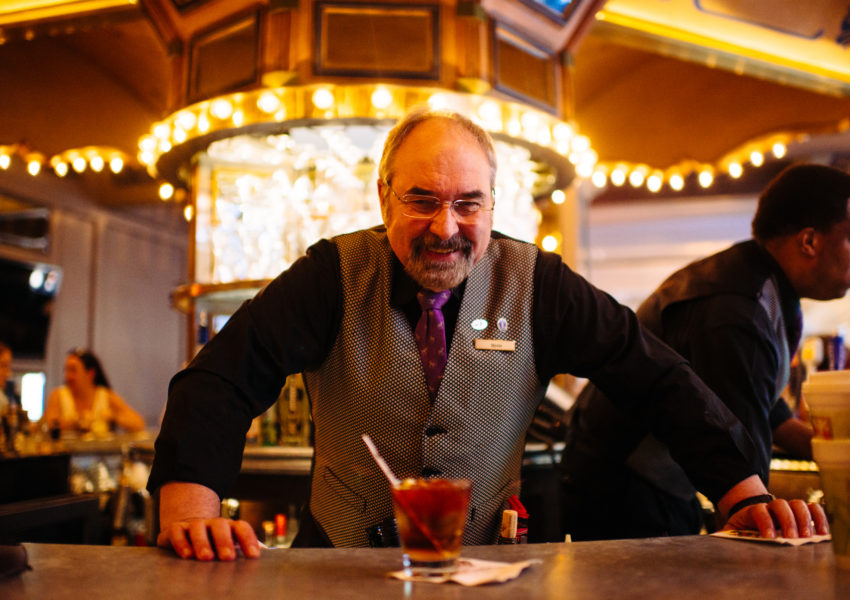