Whether you are coming to Nashville as part of the SFA Summer Symposium or just passing through on one of those criss-crossing interstates, here’s some neighborly advice on places to eat that you won’t necessarily find in a magazine. 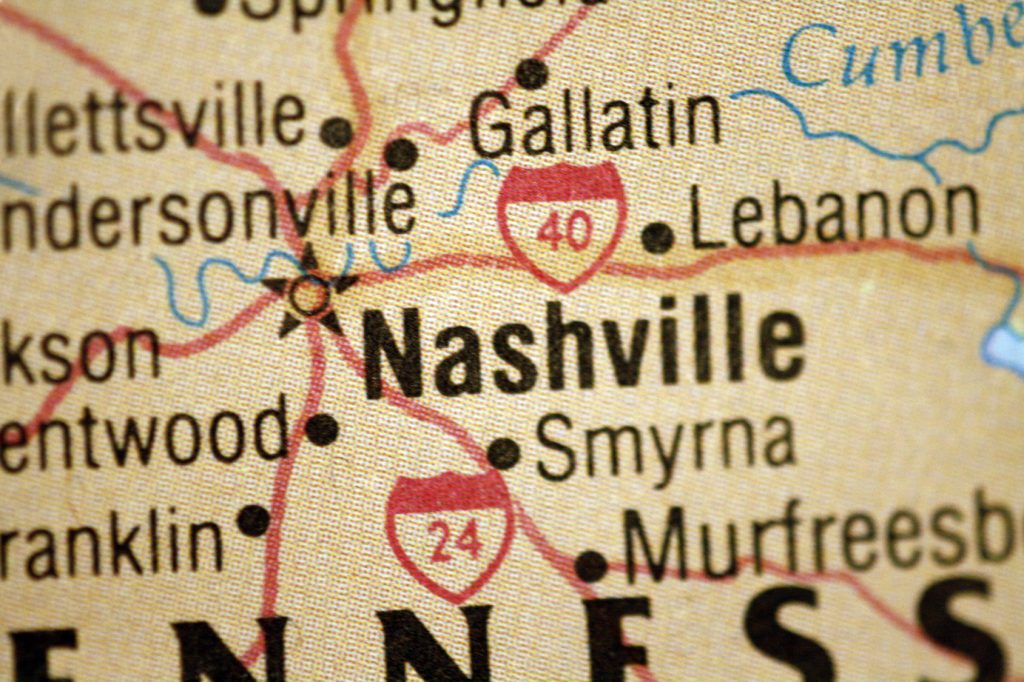 Nashville finds itself at a crossroads—literally. Three major interstates cross each other within a mile of the city’s center, making Music City an easy destination for tourism and immigration. It seems like everyone you meet is actually from somewhere else, as Nashville’s vibrant creative community attracts urban émigrés from Austin, Boston, Brooklyn, and LA. An unfathomable percentage of America’s large construction cranes are currently erected in Nashville. Our skyline looks like the cover of an Erector set box.

Amid this boom, the city’s cuisine has drawn increasing national attention. ‘Nashville Hot Chicken’ has embedded itself in the country’s culinary vocabulary, thanks in part to its appropriation by KFC. Meat-and-three restaurants like Arnold’s Country Kitchen have garnered international acclaim.

If you ask a local where to get the hottest hot chicken or the best banana pudding, we might send you to some of the same spots that the national press fawns over in their feature stories. Then again, we’re just as likely to steer you someplace else, to some spot with an equally compelling story and without a line out the door.

Whether you are coming to Nashville as part of the SFA Summer Symposium or just passing through on one of those criss-crossing interstates, here’s some neighborly advice on places to eat that you won’t necessarily find in a magazine.

If you’re coming to Nashville looking for our most famous foods, then hot chicken must be on your “eat-inerary.” Prince’s will always be the original, and the two locations of Hattie B’s are the current favorites of visiting chefs and locals looking for convenience and consistency. But there’s another chicken that flies under the radar.

Hidden in a tiny food court in the heart of SoBro downtown, 400 Degrees Hot Chicken is run by Nashville native Aqui Hines. As the sole proprietor, Hines personally seasons each piece of fried chicken with various spice levels ranging from zero degrees (which is still some darned tasty fowl) to the insanely hot four hundred degrees. If she knows you, she might even let you attempt the secret five hundred or eight hundred degree levels. Don’t say we didn’t warn you.

Before hot chicken hit the national stage, Nashville was best known for meat-and-three restaurants, cafeteria-style eateries that offer a choice of a main course like roast beef, meat loaf, or chicken, accompanied by a choice of three side dishes from a steam table cornucopia of deliciousness. Media outlets all over the world have recognized Arnold’s Country Kitchen, which was named an American Classic in 2009 by the James Beard Foundation. Lesser known is Wendell Smith’s Restaurant on the west side of town, which has been serving diners since 1933. In addition to some fine fried chicken and a hearty sandwich of thick-sliced bologna, the Wendell Smith’s empire has expanded to include an adjoining liquor store, drug store and beer market. It’s your one-stop vice shop.

Within the past decade, several new barbecue operations—Martin’s Bar-B-Que Joint, Peg Leg Porker, Edley’s—have popped up in Nashville. Despite the fact that the city has no particular barbecue style to hang our smoky hat on, these new meat emporiums create fantastic food based on family recipes honed in West Tennessee and Northern Alabama.

For a taste of Nashville barbecue cooked in a building that has earned its patina of smokiness over the course of more 30 years, try Hog Heaven. Located in a tiny cinderblock building on the edge of Centennial Park, the aroma of smoldering hickory rolls through the front screen door to attract hungry diners from all over town.

Next door to Hog Heaven is The Springwater. Officially known as The Springwater Supper Club and Lounge (and colloquially known as “The Bongwater”), this dark and dirty joint is not the sort of place where you would want to actually eat supper or lounge against anything. However, in a town full of Disneyfied downtown honky tonks, The Springwater is unabashedly a rock and roll bar where pool, darts and cheap longnecks are the main draw, and two people sometimes constitute a mosh pit, depending on the size of headlining band’s following. Leave Lower Broad and those $6 PBRs behind, and go bang your head a little bit.

More than a dozen craft breweries have opened in and around Nashville over the past five years. While you can put together a pretty great pub crawl at newer breweries like Yazoo, Jackalope, Tennessee Brew Works and Czann’s all within easy walking or Ubering distance of downtown, don’t skip over the oldest operating brewery in town, Blackstone Restaurant and Brewery.

Along with his co-founder Stephanie Weins, Blackstone owner Kent Taylor introduced a generation of Nashvillians to their first locally-brewed craft beer at his West End brewpub. Swimming upstream in a Budweiser town in the 1990’s, Taylor created a spectacular line of ales that includes St. Charles Porter, the most-awarded example of its style in the history of the Great American Beer Festival. In addition to the beers brewed and sold at the brewpub, Blackstone also pumps out thousands of barrels at their production brewery in West Nashville.

If you’re really hoping to see a country music star while you’re in Nashville, your best bets are at the food bar at the Green Hills Whole Foods, where Keith Urban and Nicole Kidman graze almost weekly, or during breakfast at Noshville, which happens to be Vince Gill’s favorite breakfast haunt. If you want to find a politician, seek out some soul food. Arnold’s is a good bet since the governor stands in the same line with the rest of the proletariat.

If a pol is looking to project a funkier persona, they might be seen asking for the pig’s feet at Swett’s Restaurant between Tennessee State University and Fisk University, two HBCUs that have played a pivotal role in the city’s history and culture. The recent addition of a smokehouse has expanded Swett’s menu to include barbecue, but they are still best known for their delicious rib tips, meat loaf and myriad of desserts.

Even more soulful is the Silver Sands Cafe near the Nashville Farmers’ Market. In addition to the staple meat-and-three proteins like baked ham, fried chicken and catfish, the Silver Sands offers daily specials that are becoming ever more difficult to find. Fans plan their weekly dining calendar around specialties such as ox tails, hog maws and neck bones and stand in line as long as it takes for a ladle full of braised meat and creamy sauce over rice or black eye peas.

Relative newcomers and curious travelers haven’t yet discovered some of these Nashville gems, but they certainly merit a detour off the beaten path. When they do get ‘discovered,’ you’ll already be in the know.

Chris Chamberlain is a food, drink, wine, spirits, travel and personal interest writer based in Nashville, Tennessee. He is a regular writer for the Nashville Scene and their “Bites” food blog. 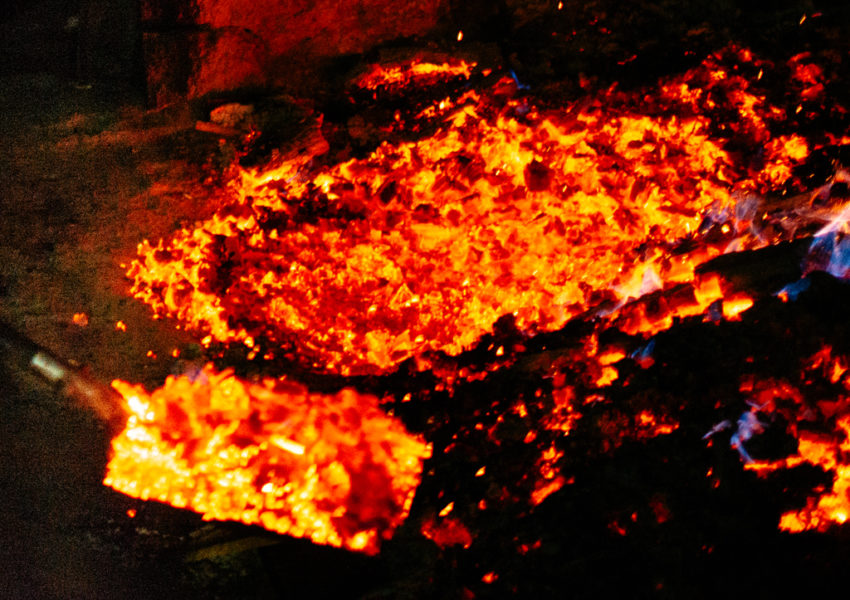 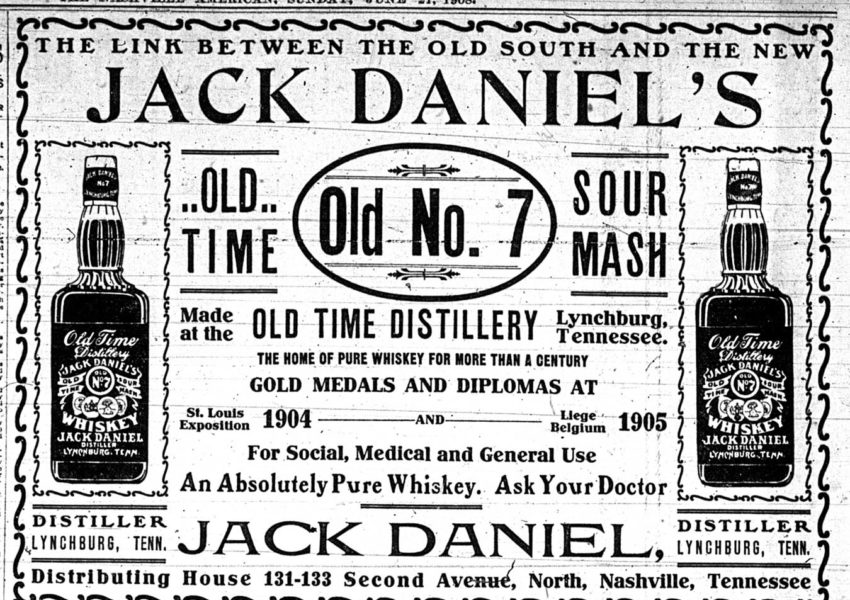 In contemporary country songs, whiskey partners with other themes—agrarian, patriotic, rural—to solidify the… 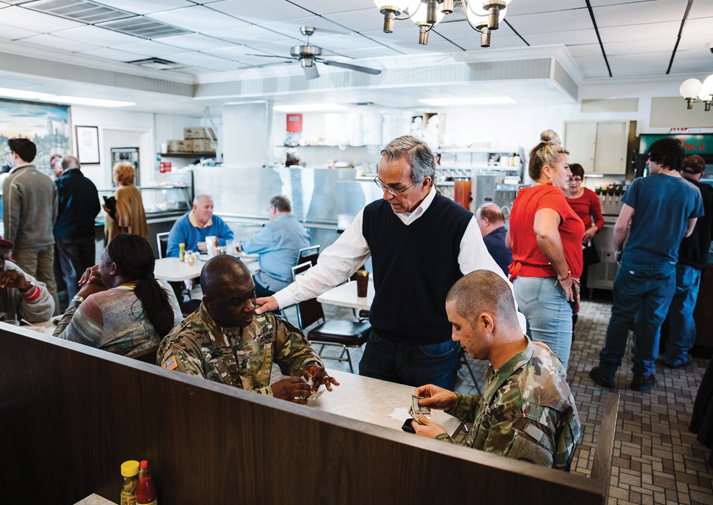