E is for Entertainment

From mini golf to mermaids

Before bed each night, Randy Koplin wandered between dinosaur legs and wished a Sphinx sweet dreams. His family’s house was situated on the edge of a miniature golf course on Florida’s Miracle Strip, where his father Lee perfected the art of constructing giant cement sculptures in the 1950s. Located across the street from the Panama City Beach pier, Goofy Golf’s towering monkey and wide-mouthed fish invited tourists—especially kids and their parents—over for an hour of sport and strange sightseeing with the explicit goal of having fun.

It was the height of roadside prosperity, and all that was weird or wonderful was there to entertain—and, for locals, to make money. As historian Tracy Revels puts it in Sunshine Paradise, “Anyone with a collection of American Indian artifacts, a large garden, or an exotic animal could put up a billboard and charge admission.” In Iowa, George Kern reportedly lured visitors to his country store with little more than the promise of a petrified ham. And as an attraction in Florida, residents marketed droopy, pod-filled Kigelia africana plants as bountiful “sausage trees.” Across the Sunshine State, mom-and-pop road stops became so abundant that the Florida Attractions Association formed in 1949 to offer legitimacy, placing FAA emblems at approved venues.

Like Koplin’s alien Cyclops at Goofy Golf, Florida’s attractions could seem otherworldly. But they were grounded in a tradition of tourism and self-promotion that included St. Augustine’s health spas of the late 1800s and Jacksonville’s early amusement parks, including the Ostrich Farm, which began racing birds for spectacle in 1898. Overwhelmingly, these parks operated as whites-only venues, sometimes hosting so-called Jim Crow Days. As scholar Lauren Rabinovitz details in Electric Dreamland, African American residents in the North and South responded by establishing black-owned entertainment centers, like Jacksonville’s Lincoln Park, “ensur[ing they] were not excluded from the form of urban leisure that was being ushered in by modernity.” Similar to white parks, black venues were also often located at the end of public transit lines and featured the latest rides, games, and concessions.

It was the height of roadside prosperity, and all that was weird or wonderful was there to entertain—and, for locals, to make money.

The national appeal for amusement only increased after World War II, when Americans found themselves with more free time and money. For many, the idea of vacations became an entrenched part of the American Dream, as did, in October 1971, a certain mouse. In Orlando, Disney World harnessed the celebrity of its characters to become the ultimate all-in-one vacation spot. For an average of $33 a day, a family of four could do it all—smile with Snow White, twirl in one of the Mad Hatter’s spinning cups, and down a couple of ice cream cones. And they could do it all year round. Walt Disney chose Florida to house the offshoot of his California park because of its temperate climate, as well as its accessibility by car (the construction of new roads made this even more of a reality). In addition, it was home to undeveloped swaths of land—enough room to build Cinderella’s castle. 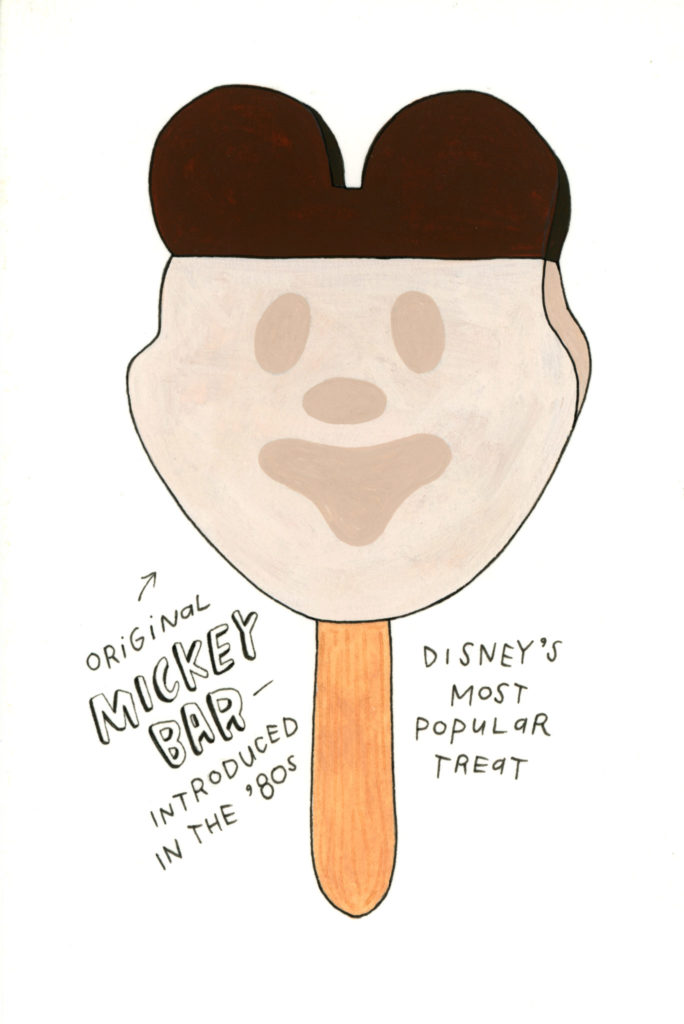 Disney’s West and East Coast parks inspired several southerners to expand their visions, or to create something new entirely. In Arlington, Texas, Angus Wynne founded Six Flags in 1961, with the belief that regional parks would be more accessible and affordable for Texans wishing to be entertained. The first spin-off was Six Flags Over Georgia, which opened in 1967. And in the Tennessee mountains, Dolly Parton also dreamt of creating something with local appeal. “I’ve always joked that I want to be a female Walt Disney,” Parton once said of the inspiration for Dollywood. “In my early days, I thought if I do get successful, I want to come back here and build something special to honor my parents and my people.” In addition to offering concessions and rides, Dollywood promotes traditional Appalachian music and crafts.

Still, Florida leads the way with attractions, counting some of America’s largest and most popular parks—Busch Gardens, SeaWorld, Legoland, and Universal Orlando—among them. As singular destinations shaped by big budgets, such venues helped usher out many of the early roadside stops, which were more often happened upon on meandering drives. Also contributing to the demise of smaller places was the growth of interstate highways, which passed them by entirely. Those that remain, Revels argues, “convey a ‘surprising charm and beauty.’” Across Florida, the jagged-tooth entryway to Gatorland, the teeming Citrus Tower with its panoramic view, and the Sphinx on the strip at Goofy Golf endure as incentives to pull over. And they still entertain.

As I step out of the air-conditioned snack bar at Weeki Wachee Springs, the Florida heat fogs my glasses. The high is 91, the humidity even higher. But when I find Victoria Cox at the edge of Buccaneer Bay, a crystal blue swimming hole, she’s shivering in a navy sweat suit, mermaid printed in white letters across her chest and thigh.

Thirty minutes earlier, Cox was performing in a sequined top and Lycra tail some sixteen feet below the surface as one of the sisters in Hans Christian Andersen’s The Little Mermaid. It was admittedly a bit cheesy. A blue satin curtain lifted to reveal young women (plus one man and a costumed sea turtle, the beloved Chester) lip-synching to steel-drum tunes in an underwater theater carved into the spring’s limestone walls. But the routine was nothing short of impressive—the synchronized swimming, the wrangling of air hoses for breathing, the eyes wide open with no goggles, the fish and manatees that sometimes swim into the “stage,” and the current that runs a swift five miles per hour. For Cox, the challenge is diving into the 74-degree water. “You really have to love the job because you’ll freeze your butt off,” she says.

Weeki Wachee is one of the deepest natural springs in the nation—a network of caverns where rock bottom has reportedly never been reached. Newton Perry, who trained the elite Navy frogmen (a precursor to the SEALs) to work underwater in World War II, staked out the overgrown spot in 1946 as a potential tourist site. Having developed a canister-less oxygen hose that divers didn’t have to strap on their backs, he moved on to recruiting young women to swim and dance in the cool water. The first show opened to an eighteen-seat theatre in 1947. To attract visitors, the mermaids stood in their bathing suits along US 19, waved down cars, and then dove into the spring to do their twirls and tricks. A classic, which is still performed, involves eating a banana and having a drink underwater—originally Arkansas’s Grapette soda, its bright plum hue easily visible to onlookers in the theater. (Today, the mermaids drink colored water in plastic Coke bottles as part of their performance.)

“We’re not like other women fighting traffic on the shore.”

In 1959, the American Broadcasting Company bought Weeki Wachee’s theater, bolstering the show’s theatrics and constructing the current four-hundred-seat space. And in 2008, Weeki Wachee became an official Florida-owned park, meaning mermaids are now state employees. Women travel from all over to audition, including Cox, who drove three times from North Carolina to Florida to try out before finally snagging the job. “Basically, it was the universe telling me I had to graduate college first,” she says.

Cox uses her degree in costume design from the University of North Carolina School of the Arts to make crowns and tails. Her goal is to one day open a mermaid school—one that will be about more than entertainment. The idea is that children relate to mermaids more easily than they do to water-related issues like sea-level rise or sustainable seafood. At Weeki Wachee, they clap and sing along, mesmerized by the underwater swimmers.

“We’re not like other women fighting traffic on the shore,” the mermaids sing in one number, “tired of going shopping, living lives that are a bore.” Cox puts it differently while finishing her lunch between shows. “I don’t just want to be a pretty face or a Barbie,” she says. “I want to do something.”

Excerpted from Road Sides: An Illustrated Companion to Dining and Driving in the American South by Emily Wallace, © 2019, published with permission from the University of Texas Press. Road Sides will be available October 1. 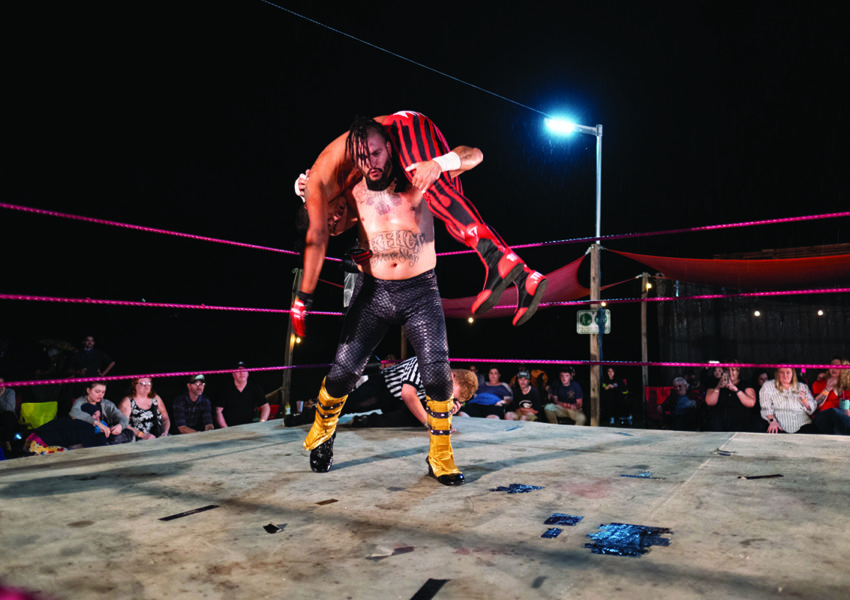