Can too much brand awareness defeat the point of a good drink?

This spring, a colleague introduced me to Stiggins’ Fancy Plantation Pineapple Rum at a social event. Immediately, I was suspicious. I was born and raised in California, with African American maternal grandparents who migrated, not without urgency, from Mississippi and Louisiana in the 1940s. The casual use of “plantation” has always jarred me.

Upon moving to Atlanta from Los Angeles, I’d marvel at a Buckhead condo on Lenox Road branded as a plantation. In Gainesville, Florida, where I now live, there’s a Haile Plantation community. I’ve been told it’s cute and charming, but I can’t say for sure because I don’t go there. Revisionist narratives can be dangerous, but in my life experience, they mostly bore me. In part, I suspect one aim of such marketing is to keep brown people at bay, or at least feeling excluded. Like the Confederate statues that mark our landscape, my reading of plantation evokes a clear-eyed view of history. Others think of hoop skirts, vast porticos, and porch life. To that, I add lethal manual labor, women and men forced to breed, and the strategic criminalization of blackness.

Have I read too much race theory?

I rotated the Plantation Pineapple bottle in my hands. The name dug at me for another reason. The birth of rum came at the cost of enslaved Africans brought to the Caribbean to harvest sugarcane. The sugar industry built empires on the backs of trafficked human beings. Rum could not exist without that bloody history. Could a successful French brand be so bold as to play on the term? Had I lost something in cultural translation? Have I read too much race theory?

But party hour approached. And we contain multitudes, right? I own an iPhone. On road trips (only on road trips!), I allow myself a drive-through meal from Chick-fil-A. I probably watched 160 hours of football programming last fall—college, pro, and Inside the NFL combined—despite the racialized impact of Big Sports on public education. The origin story of this rum sounded interesting. It looked good. Worth a taste, I reasoned.

Plantation Pineapple rum is a collaboration between Maison Ferrand’s Alexandre Gabriel, the French producer of Cognacs, gins, and rums, and cocktail researcher (and SFA collaborator) David Wondrich. They had already worked on a Cognac and a Curaçao together. Though pineapple rum sounds trendy, it appears as far back as the eighteenth century. The Plantation recipe emerged from Wondrich’s inspired take on a Charles Dickens character who can’t get enough, and Gabriel’s meticulous study of craft. The two developed it as a playful homage, but the craftmanship was taken seriously.

Before that evening, I had never tried rum as a sipping spirit. By the end of the night, I had become an evangelist, pouring rocks glasses for newcomers, doling out refills the way a Thanksgiving host serves sweet potatoes.

To make the spirit, workers hand-peel Victorian pineapple and steep its flesh in Plantation Original Dark rum. Separately, the rinds are distilled with Plantation 3 Stars white rum. Later, a blend of both liquors rests in Cognac barrels. The result is amber brown and robust, with big hits of butterscotch and bursts of citrus. The stuff glides down easy, but encourages a thoughtful sip, too. That night, a lonely Blanton’s sat almost untouched, lightened by a few forgettable splashes. Toward the end of the soirée, the group had almost finished a second bottle. I’d set aside my worries for a time, but I’d soon be confronted.

Days later in Nashville, I asked my bartender which rum she used in a cocktail where only “pineapple rum” was on the ingredient list. The young woman, who was white, seemed to blush when she told me the name was Plantation. She turned her attention to washing dirty glasses while I stared into my drink. Back in Gainesville several weeks later, I shared an unopened bottle with friends. The gathering consisted of mostly white women, and they could not stop talking about the rum called Plantation.

“I just have to ask you about this label,” my friend Sarah said to me. She is from Kentucky.

“It’s troubling,” I offered, swirling ice in my glass. The question marks lingered. I wanted to talk with someone on the inside. I emailed Wondrich. Eh, let’s talk, he essentially wrote back.

We hopped on the phone. “As far as I know, in France, la plantation in French is where you make rum, just like the château is where you make Cognac,” he said. “I don’t think it’s quite as loaded in French as it is in English.” Back in the nineteenth century, he continued, the descriptor “plantation rum” was a way to distinguish it from industrialized versions. “Plantation meant that the rum came from where the sugarcane was grown instead of being faked up from molasses and adulterants.” It was a signifier of quality and authenticity.

The historical context helped, but I craved brand-specific insight. I got in touch with Gabriel, who phoned me from his working farm in Ars, a small town in the Cognac region. “I love your rum,” I told him. “But the name mystifies me.” He was open and eager to listen, and also wanted to be understood.

“I started this brand twenty years ago after traveling to Barbados and Haiti,” Gabriel said. He fell in love with rum then. He shipped locally aged product to France where he aged it a second time in the empty Cognac barrels piling up on his property, a process that continues today. “In the Caribbean, they don’t say ‘farm,’” Gabriel told me. “They say ‘plantation.’ Perhaps now, it sounds naïve.”

Had I lost something in cultural translation?

But in those days, his rum business was a small project with distribution limited to Europe. Rum’s recent explosion in the US market wasn’t altogether expected, especially since Maison Ferrand doesn’t feature pirates or sunsets on their Plantation bottles.

“If I was a huge company with a marketing and survey department, maybe we would have come up with something else.”

Gabriel recently bought a distillery in Barbados, where he says the majority of his team is of African descent. “The sugar industry is a painful past for them, but my understanding, from my team, is that they do see it as the past,” Gabriel explained. “There was great suffering, but their take is like, ‘We built this island.’ They are reclaiming it, and we are seeing that in efforts to preserve farming land and not let it all go to tourism.”

I rather liked this narrative, or at least the potential of it. Slavery was appalling across the board, but countries and cultures throughout the African Diaspora have managed their paths forward in ways that don’t mimic the American aftermath. A plurality of narratives was possible here, which was thrilling to me. I am often disappointed by the mainstream perception of one-note blackness. One could easily argue the root of colonization is far from removed in the Caribbean. But if I understood Gabriel, and if he accurately captured the sentiments of his Barbadian colleagues, plantation sugarcane offered career opportunities to some, and was perhaps not solely a distressing connection to a shared global history. We chewed on this thought, together, in silence.

“I’m still wrestling with it, to tell you the truth.”

So was I. If the brand was called Farm instead, wouldn’t it still carry the weight of the spirit’s heavy beginnings? Does it matter that the average American consumer will read “plantation” and not “la plantation,” and thus miss the cultural nuance? Does the label perpetuate acceptance of a period in US history that we still don’t all agree was wrong? I don’t know. Maybe. Probably. But something sweetly human happened in my conversation with Gabriel. He accepted my discomfort without challenge, and he allowed me to share his optimism. It felt as good as any stand-up drink. 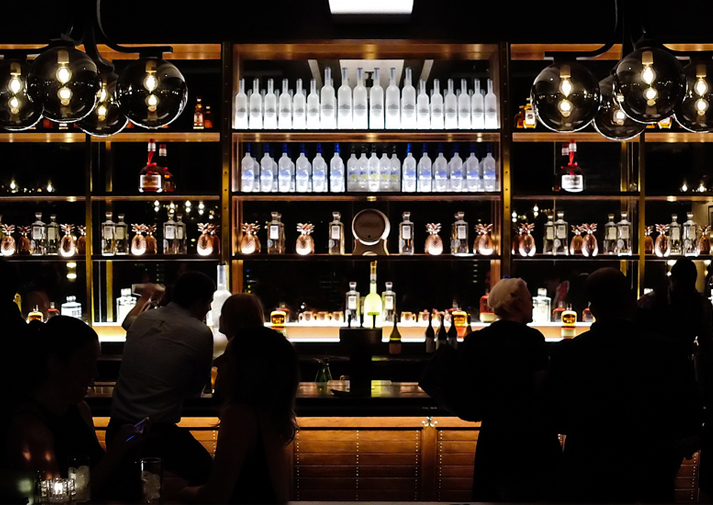 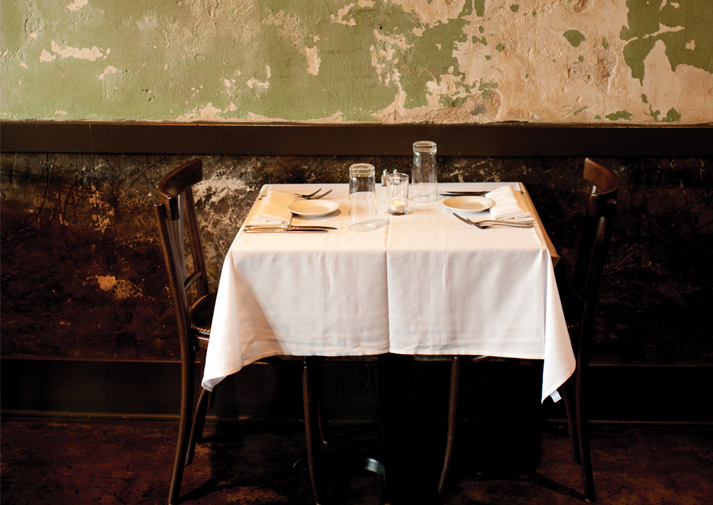 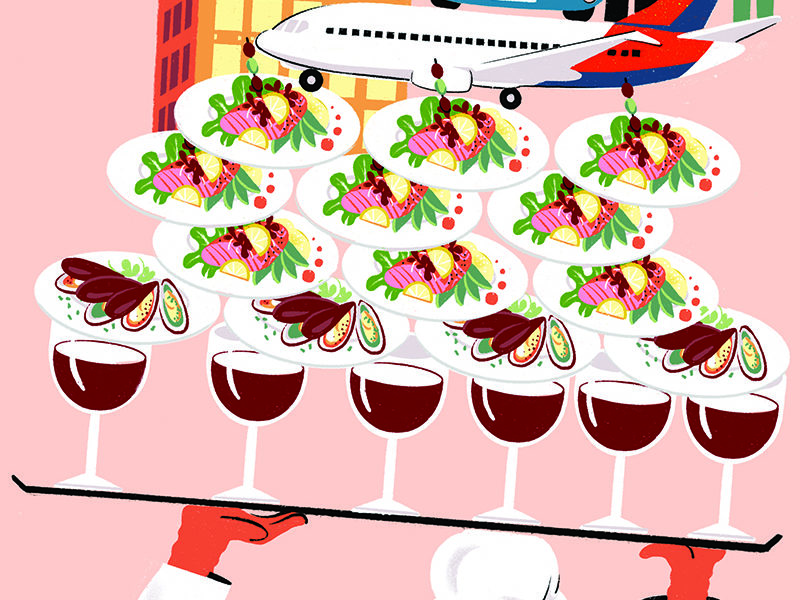 The Hidden Costs of Food Festivals

Are food festivals holding back the very chefs and restaurants they’re supposed to support?