“She Spoke and I Listened”

Haylene Green. Photo by Lizzie Johnston. In honor of this week’s featured oral history project, Women Who Farm: Georgia, we’re sharing “She Spoke and I Listened” by Sara Wood, our oral historian. This piece appeared in our #50 issue of Gravy. “She Spoke and I Listened,” as told to Sara Wood by Haylene Green. The evening I met Haylene Green, an urban farmer in Atlanta, Georgia, rain mercilessly poured on midtown Atlanta—and on me. I squeaked across the lobby of Ms. Green’s apartment building and followed her to a small room in the basement. There, she opened…

In honor of this week’s featured oral history project, Women Who Farm: Georgia, we’re sharing “She Spoke and I Listened” by Sara Wood, our oral historian. This piece appeared in our #50 issue of Gravy.

“She Spoke and I Listened,” as told to Sara Wood by Haylene Green.

The evening I met Haylene Green, an urban farmer in Atlanta, Georgia, rain mercilessly poured on midtown Atlanta—and on me. I squeaked across the lobby of Ms. Green’s apartment building and followed her to a small room in the basement. There, she opened a thick photo album with pages of fruits and vegetables from her West End community garden. And she started talking. I put the recording equipment together as fast as I’ve ever assembled it. My job was simple: She spoke, and I listened. All of her answers were stories.

Speaking of his book The Storied South on a radio program, folklorist Bill Ferris recently said something that stopped me in my kitchen: “When you ask a Southerner to answer a question, they will tell a story. And embedded in that story is the information that they feel is the answer to the question.”

Oral History, like the most satisfying literature, relies on listening and observation. The way people speak, how they tell stories, where they choose to pause and scratch their nose, to me, is the greatest part of listening. Being an oral historian or a writer requires you to listen as though your life depends on it. What seems like a simple acts is actually the heart of the work. To that end, I share an excerpt from my interview with a farmer who also happens to be a storyteller.

Garden Queen. I was given that name by people who found out about my garden. I have a tropical garden in the West End of Atlanta. It’s not acres. I would say a good half-acre, maybe a little more.

I was born in Port Antonio, on the island of Jamaica. My mom is Cuban and my father is Jamaican, a Maroon. The Maroons were a group of people brought over from Africa like all the other slaves who were brought over, but they never became slaves because they would not have it. They did not listen to slave masters and so they were thrown off the boat and left to die or survive. And survive they did.

They went up in the hills and on the water coasts and they fished, and they farmed, and they hunted. They’re entrepreneurs. They don’t care if it’s just bananas or mangoes or some other fruit, they just believe in growing and reaping their crops and selling them and eating from the land and being independent. They like to be free to do what they want to do, when they want to do it, at whatever time they want to do it. And I sure do have the DNA very strong, because that’s what I am.

My father and grandfather, they would get up way before the family got up and bring back provisions that my mom would prepare for our breakfast before we went to school. Don’t know how they did it, because it’s dark. I think they just farmed by the moon and the sun and the stars. We didn’t know we were rich, but we ended up being richer than we thought, healthy-wise.

There are so many mango trees in Jamaica. They just grow. It’s just a thing. You walk along the side of the road and you’re going to and from school, and you just pick a mango—or just go in someone’s yard and ask them, could you pick a mango? Because they’re all over the ground. Oh, we got mangoes. We got mangoes. We have avocados. We have coconuts. We have bananas.

I am what you would call a fifth-generation farmer. If I do not farm, I’ll get sick. If I have to rent, borrow, beg a piece of property somewhere, I have got to put something on the land because I can’t live otherwise.

As a child, I came to New York. I used to plant in pots. Whatever could grow in pots, I would plant it. I came to Atlanta for a family reunion, for a first visit to the South. We were fortunate to see a lot of trees. So I said, “Oh my goodness, we need to move here, because look at all these fruit trees.” We all packed up and moved down to Atlanta in 1975. I watched these trees grow green, then brown, and then all different kind of colors—and I’m waiting for the fruits. Unfortunately, they were not fruit trees. They were just trees.

So I said, “My goodness. I did not know you could have so many trees without them bearing a fruit or nut or something,” because in Jamaica just about every tree that we grow is edible in some way or the other, whether it’s the leaf, the fruit, the nut, whatever—they’re edible.

I said to myself, “Well I’m going to change that.” And so I set out to try and plant trees that are edible. And I’m in the process. I am growing bananas just like I would in Jamaica. I’m growing apples. I’m growing peach. I’m growing plum. I’m growing every berry that you could think of. I’m growing herbs and spices and eucalyptus and flowers and tropical pumpkin vines. I’m just growing.

Everything is grown in natural soil. I do have problems with worms sometimes, but when all else fails, if I have to have some worm holes in some of my vegetables, let it be. All they did was eat some before I got to it, so, you know, I have to eat the rest.

I grow a lot of supplies that other farmers don’t grow. One big one is the tropical pumpkin. They have so many different names for my big tropical pumpkin. You see, I wear it over my shoulder. I call it my baby. It weighs fifty, sixty pounds. “What on earth is this she has? Is that a big gourd? Is that a watermelon?” I am known for my famous tropical pumpkin soup, and I sell it at the farmers’ market and I am always sold out. People love it. It is made up with the pumpkin and potatoes and carrots and not tiny little pieces—it’s filling. When you have a bowl of tropical pumpkin soup with all the goodies that I put in there, it’s a meal.

There are not many black farmers in Atlanta at the moment, especially where we’re farming in the West End, because there’s not a lot of farmland. It’s not huge. We would more or less call it a garden. There are more black farmers, and female, out in the rural areas. But I found out that one of the reasons that you don’t find as many black females farming is because they grew up thinking farming is not a pleasant thing. But it’s coming back around again.

I have five children, and I spent more money on bread than on doctor bills for the past forty-seven years. My mom is eighty-six and she runs rings around me. My aim right now is to teach others for the future to eat nutritious, healthy food, and sustain themselves. That’s what I’m doing here in Atlanta, so that’s my plan: to teach the neighborhood how to survive. 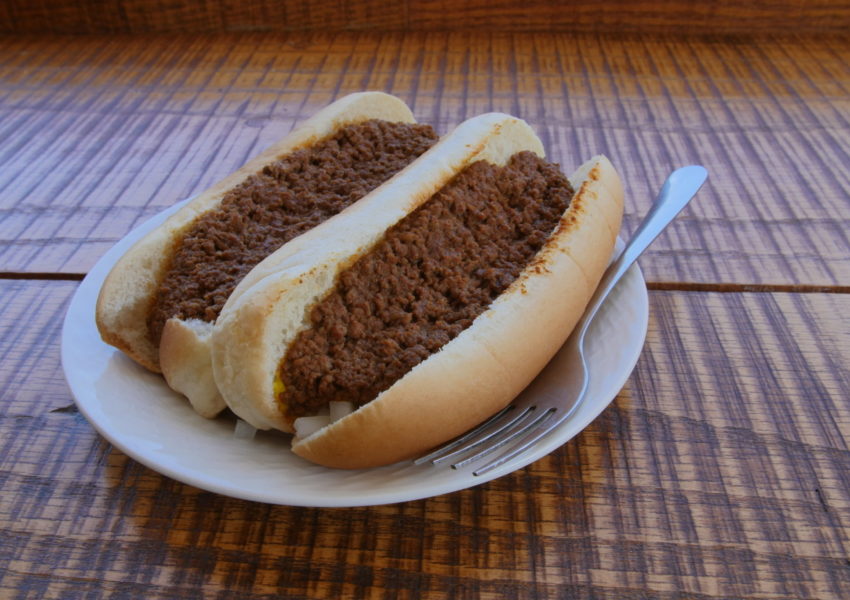