Three long-standing Corbin, Kentucky establishments—Nevel’s Pool Hall, The Fad, and the Dixie Café— define the cradle of the chili bun: That’s what SFA founder, and Corbin, Kentucky, native, Ronni Lundy says. Made by firmly packing chili inside a warmed or steamed bun, smeared with yellow mustard and dusted with chopped white onion, the dish was likely popularized in Kentucky pool halls.

Government spending during World War II increased opportunities for the state, but by the early 1950s, the economic boom came to a grinding halt in eastern Kentucky. As mining operations mechanized, less manpower was needed, and mining jobs declined. From 1940 to 1970, Harlan and Letcher Counties, where coal mining had been the main source of employment, lost 50 percent of their population. Many left to seek better economic opportunities in cities like Lexington, Louisville, or Cincinnati.

Pool rooms served the working class of eastern Kentucky. Initially, they were all-male establishments, frequented by laborers who worked by day as coal miners and textile workers. At night, they gathered to play pool and socialize. Before the advent of fast food chains like Corbin-born Kentucky Fried Chicken, chili buns were an inexpensive, filling alternative to home-cooked food. In the 1960s, chili buns gained popularity beyond pool halls. Custard stands, drive-ins, and convenience stores across the region adopted the dish. By the 1970’s, Weaver’s Pool Room in London, Kentucky reinvented itself as Weaver’s Hot Dogs and courted a family clientele. On the menu were hot dogs, chili dogs, and chili buns. In the years to come, chili buns became a standard menu item in restaurants.

Our new collection of oral histories chronicles the lives of eastern Kentucky residents who make and sell and eat chili buns. Pool halls and drive-ins like Pat’s Snack Bar in Manchester, Kentucky, and Joe’s Drive-In Chicken in Isom, Kentucky, continue to serve their communities. Eastern Kentuckians took the sparse ingredients available to them and created an enduring classic. 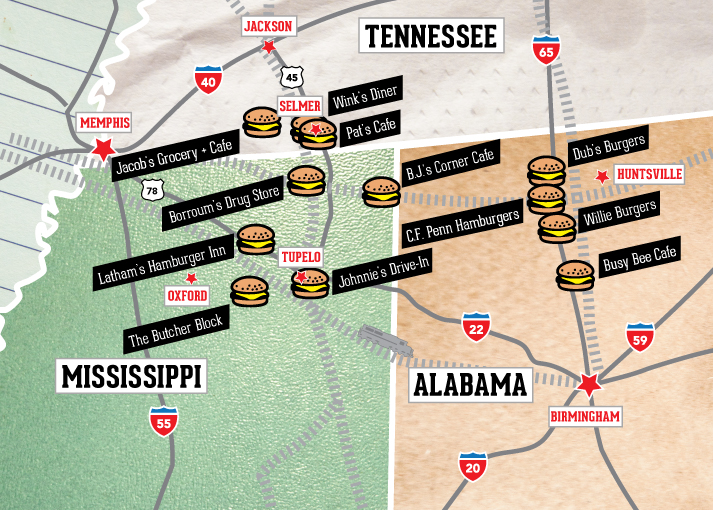