The mood-altering substance Popcorn Sutton peddled was not so much ethanol as an ersatz nostalgia.

This article first appeared in issue 56 (summer 2015) of our Gravy quarterly. The author, Mark Essig, covered Popcorn Sutton’s final sentencing hearing for the Asheville Citizen-Times. He is the author of Lesser Beasts: A Snout-to-Tail History of the Humble Pig.

Marvin “Popcorn” Sutton, at the wheel of his Model A Ford, bumps along a gravel road in the Smoky Mountains until he spies the perfect streamside site. Then, using mud and rocks, solder and wheat paste, a copper pot and a galvanized metal trash can, he constructs a still. It’s a jerry-rigged beauty, the type of contraption you’d see in old photos surrounded by the fedora-wearing lawmen who will soon bust it to pieces.

This particular still, though illegal, operated under a higher cultural license. Sutton, with help from his friend J.B. Rader, built it for the North Carolina filmmaker Neal Hutcheson, who edited his footage into a film called The Last One. That documentary, broadcast on PBS stations, earned Hutcheson an Emmy and turned Popcorn Sutton into a celebrity moonshiner, the man who preserved the ancient mountain tradition of squeezing liquor out of corn.

Sutton’s work, however, reflected some modern influences. Late in the film, when the still springs a leak, Sutton patches it with a dab of wheat paste and a strip of cloth torn from a clean white undershirt. (“That paste—when the heat hits it, it gets harder than a minister’s dick,” he says.)

“Believe it or not,” Sutton explains as he ties the cloth around a pipe, “I learned this trick right here off that Snuffy Smith shit in the newspaper.”

“Yeah,” Sutton replies. The authentic Appalachian moonshiner, in other words, had learned his trade, in part, from a comic-strip hillbilly.

Snuffy Smith—poker cheat, chicken thief, moonshiner—sprang from the mind of Billy DeBeck, who studied at the Chicago Academy of Fine Arts before he took up cartooning. DeBeck first hit it big in the 1920s with Barney Google, a strip about a top-hatted lover of horse races and prize fights. In a 1934 storyline, Barney Google paid a visit to the fictional North Carolina mountain hamlet of Hootin’ Holler, where he met Snuffy Smith, who proved so popular with readers that he became the strip’s star.

It was the heyday of the hillbilly. The Al Capp comic Li’l Abner, set in the Kentucky mountains, also began during the Great Depression, and together the two strips cemented the stereotype in the American mind. Pop culture depictions range from gentle (The Beverly Hillbillies) to vicious (Deliverance) but always portray Appalachia as a region bypassed by civilization. Actual residents of the mountains, already struggling with poverty and economic exploitation, now faced the condescension of outsiders who confused cartoons with reality.

A few mountain folk saw a way to turn stereotypes to their advantage, especially as the region’s economy shifted toward tourism. The hillbilly took up residence on signs advertising the gift shops and hotels of the Smokies, beckoning tourists with the promise of an imagined Appalachia.

Popcorn Sutton took the marketing a step further. He was, without doubt, the real thing: A native of Haywood County, North Carolina, Sutton learned bootlegging from his grandfather and was known to distill a high-quality liquor. By the time he became an adult, however, commercial liquor was legal and cheap, and the true outlaws of Appalachia trafficked in methamphetamine and marijuana.

The mood-altering substance Popcorn peddled was not so much ethanol as an ersatz nostalgia. Some friends of his owned a bed-and-breakfast in Maggie Valley, and he parked his Model A—one of the two Model A’s he owned, in fact—in the yard and contributed artifacts to help decorate the Moonshiner Suite. Notoriety, Sutton knew, increased demand for his product, which at times brought $100 a gallon. If tourists wanted to buy moonshine from a hillbilly, he’d sell it to them at a premium.

Popcorn Sutton played the role of  an X-rated Snuffy Smith. Like the cartoon character, Sutton was a tiny man who wore overalls and misshapen hats. Sutton’s hat, however, had a raccoon’s penis bone tucked into the band, and his sense of humor was not fit for the newspaper. In an interview with Johnny Knoxville, of Jackass fame, Sutton detailed his preference for plus-sized women and showed off the mirrors on his bedroom ceiling. He also displayed a granite grave marker he’d commissioned: Future visitors to his final resting place would be greeted with the message popcorn said fuck you.

A friend once warned him, “You can’t be a movie star and make liquor, too.”

“You can’t sell it if no one knows you have it,” Sutton replied.

They were both right. In 2008 federal agents raided his property in Cocke County, Tennessee, and discovered hundreds of gallons of moonshine and a 1,000-gallon, gas-fired, stainless-steel still in which Sutton cooked a mash from sugar, not corn. That copper pot in the woods was strictly for marketing.

Sutton pleaded guilty and asked the judge for leniency, explaining that he suffered from chronic obstructive pulmonary disorder and might not survive a stint in prison. He was sentenced to eighteen months. Just before he was due to report to prison, he committed suicide by running a hose from the tailpipe through the window of his Ford Fairlane. He was sixty-two. His wife, Pam Sutton, explained that her husband called the Fairlane his “three-gallon car” because he’d acquired it in trade for that much whiskey.

It was an outlaw’s exit,  but Sutton’s afterlife has been strictly by the book.

His name lives on at Popcorn Sutton Distilling, makers of Popcorn Sutton’s Tennessee White Whiskey (bottled at a modest 88 proof). Pam Sutton is a partner in the Newport, Tennessee–based business, which recently revealed its lofty ambitions by hiring away George Dickel’s master distiller. The firm uses neither the ramshackle still Sutton built in the woods, nor the stainless steel behemoth he fired up for his production runs, but gleaming copper-pot stills that would look at home in any craft distillery.

It’s hard to imagine Sutton’s former customers finding what they were looking for amid all that high-end equipment. Sutton sold more than white whiskey, just as Snuffy Smith offered something beyond mockery of mountain folk. Snuffy may have been a “shif’less skonk,” but shiftlessness offers liberation from respectable society and its tedious demand that we hold steady work and obey the law. Generations of newspaper readers, scanning the funny papers over coffee before shuffling off to the office, must have felt at twinge of admiration as Snuffy outwitted Sheriff Tait and then took a nap in the woods. Popcorn Sutton brought that criminality to life, and gave it an uncomfortably jagged edge.

According to the website of Popcorn Sutton Distilling, “the only difference between our ‘likker’ and Popcorn’s is that we pay our taxes.” But that difference is everything. With moonshine, the illicit is the appeal. That burn in the throat tastes like freedom. 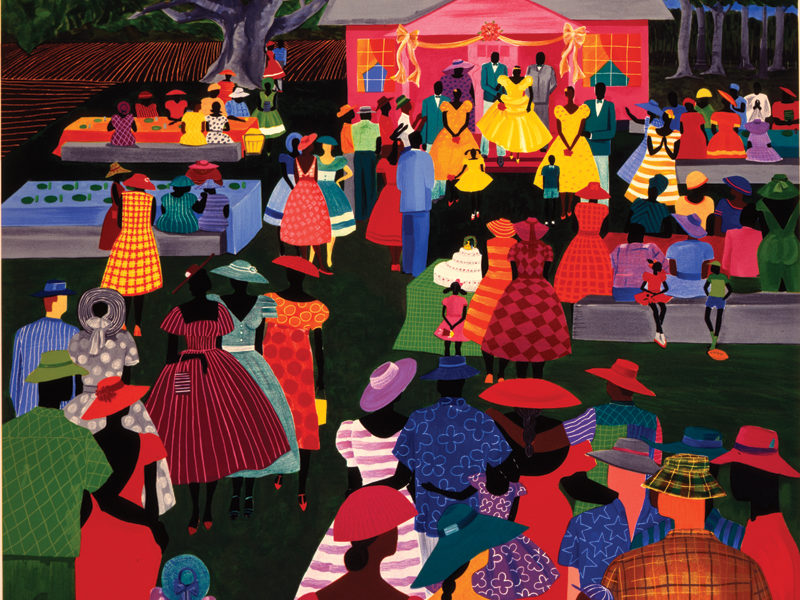 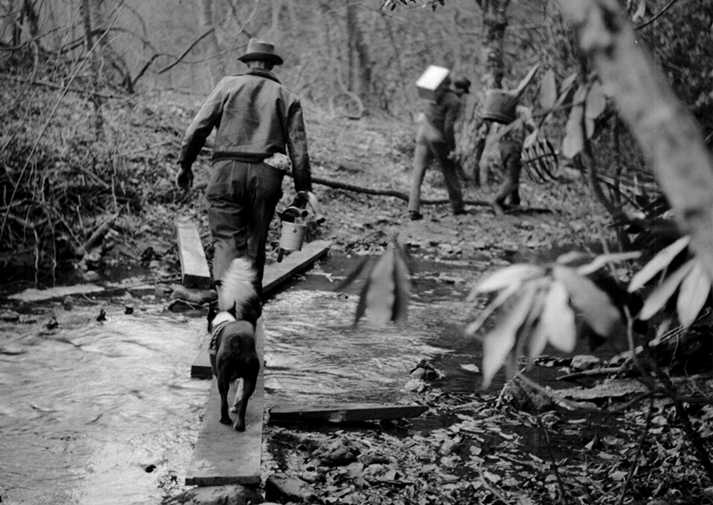 The Real Thing: I tried to get inside moonshine any way I could

My grandfather had a rich and violent past, and with his brothers formed the Bondurant Brothers, the infamous crew of…