I dug through my liquor cabinet to find the bottle of Evan Williams 1783 bourbon.

My wife and I bought it years ago at the brand’s distillery in downtown Louisville. We vowed to open the high-priced booze only for a truly special occasion. Life-changing moments came and went—our wedding, the opening of my wife’s market, the death of my mother. The bottle remained sealed.
Coronavirus broke the dry spell.

This is the first year since 2007 that we have not spent two weeks in the South. No breakfast at Rick’s White Light Diner in Frankfort, Kentucky, where the wisecracking owner remembers us each year as the crazy couple from California. No transformation of my Yukon into a rolling rickhouse from all our visits to distilleries and liquor stores.

No chance for a reckoning.

That’s why I was about to drink.

I poured the small-batch bourbon into a vintage coupe glass that we bought at a yard sale in Alabama. “To becoming a better vacationer,” I toasted to myself, and knocked back a shot. Then another.

To confronting our complicity with white supremacy in the South once and for all.

“To becoming a better vacationer,” I toasted to myself, and knocked back a shot.

I have strived in this column to tell stories of el Sur as it relates to the area’s Latinos. It’s a population that the national media tends to overlook, and Southern media still often casts as sojourners instead of residents. I’m proud of my work, and look forward to telling these tales as long as I can, as limited as my perspective may be.

I do it because, as a reporter, I try to highlight and elevate unappreciated stories and voices. But part of it is penance for how I usually enjoy the South: as a privileged tourist.

Whenever my wife and I travel, we stay at hotels where the final bill is more than what we pay in rent back home. We eat at fine-dining restaurants, visit museums and distilleries, and live like entitled Americans in a region wrenched with inequities.

I’m smart enough to know that those inequities exist. That the South I encounter during my leisure time is as big a PR fabrication—the whole moonlight and magnolias myth—as what my native southern California has pulled on the rest of the world—eternal sunshine and surf—for over a century.

And still, I participate.

I’ve fashioned all sorts of justifications to absolve myself of moral responsibility. I earned the break, I’d say. My writings on the scene brought money and attention to a region that requires it. Can’t I just turn off the political id in my head and relax, for once?

I did for years, a privilege I acknowledge Black Southerners can’t do so easily, if ever. But I can’t anymore.

As I saw nights of protests in Louisville this spring and summer in the wake of the deaths of Breonna Taylor and George Floyd, I cringed.

Activists faced off nightly against police in the city’s downtown, where my wife and I always set up camp to explore the rest of the South.

Their chants indicted my complicity in the problems Black and Brown residents sought to solve.

I have strived my entire journalistic career to comfort the afflicted and afflict the comfortable, and stand on the right side of history. I largely have lived my personal life according to this maxim.

But I can always do more. I must do more.

I will do more.

The Black Southern experience is a blind spot I’ve long sought to fix, but just never knew quite how. I’ve known this for years, ever since a friend who moved to Alabama about a decade ago confided to me she loved everything about the South except Blacks, who number less than 5 percent in Orange County, where we’re from.

The remark sickened me, but I didn’t know how to respond then except to stop talking to that person. 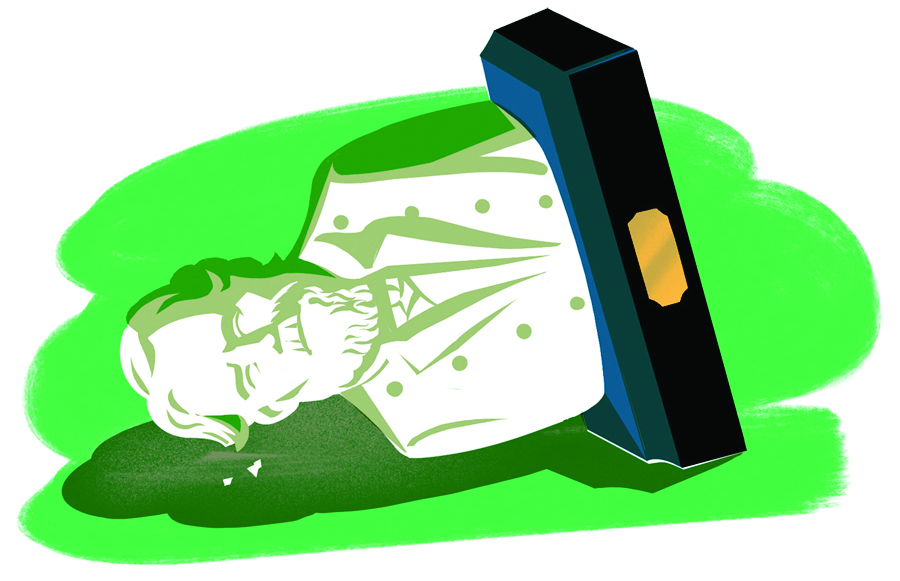 In 2016, my wife and I decided to stay at a bed-and-breakfast in central Kentucky. It was something out of Gone with the Wind: a historic main house replete with Greek columns and rocking chairs on the front porch, set on a large estate. For dinner, I wore a sports coat, and Delilah, a hip floral-print dress with black high heels that neither of us could remember when she had last worn.

As we sat in the backyard and watched fireflies up close for the first time in our lives, we vowed to make this stop an annual tradition. We had fallen for the romanticized South—and ignored the slave labor that made it possible—like true gullible tourists.

Our next visit started off even better. More fireflies. A relaxing massage for my wife. A night out at the inn’s tavern with locals, who warmly received us even though, by their own admission, we were the first Mexicans they had ever seen enjoy bourbon.

We were making plans for another stay when on the way back to our room, I decided to scope out the decorations of the bed-and-breakfast’s common area.

A lot of it was fussy period pieces, or artwork devoted to horses. But in plain sight was a mini-shrine to the Confederacy.

In the corner was a gray uniform. On the walls were a portrait of Jefferson Davis, and a reproduction of an 1896 lithograph titled our heroes and our flags. It featured Lee greeting Stonewall Jackson and P.G.T. Beauregard, ringed with mini-portraits of other major Confederates.

I went back to my room, too upset to tell my wife what I had seen.

The following morning, I got up before her to load our bags. On the way to our Yukon, I saw a display case with photos. One of them was of an elderly Black woman, with the caption “Mammy.” No actual name given.

Once on the road, I told my wife about everything I saw.

We’ve never returned. And we felt like fools for not doing our research. Reviews I found with loaded terms like “Southern heritage” and “simpler days” should’ve been the first clue. But photos of the bed-and-breakfast’s interior with the offending artifacts that are easily found on travel websites should’ve been the deal-breaker.

Destinations with a story to sell will never tell you the whole story. I’m a reporter, so I know this.

Yet I turned off my skepticism when I vacationed in the South.

Destinations with a story to sell will never tell you the whole story. Yet I turned off my skepticism when I vacationed in the South.

I hope that the innkeepers heard the cries of George Floyd, Breonna Taylor, and so many others this summer and tore down their homage to the Lost Cause.

I wonder if the inn’s visitors in years past looked at those relics, and asked themselves like I did how their tourist dollars support something that’s the antithesis of the New South.

This willful amnesia reminds me of how California remains awash in romanticized remembrances of the state’s brutal Catholic missions. Sites where Spanish priests forced Native Americans to convert under penalty of torture now persist as tourist destinations. Fourth graders in California still visit them on field trips.

My wife and I will return to the South next year, if this pandemic finally leaves us. We look forward to reconnecting with friends who are fighting the good fight.

But we also look forward to putting our money in places we might’ve overlooked. Places that once didn’t fit our definition of a Southern vacation.
Places run by people who are writing a new narrative of what a Southern stay can be.

Because I want my revolution to have whiskey, too.

Gustavo Arellano is Gravy’s columnist and a columnist for the Los Angeles Times.