LUNCH AT THE OCTOPUS FARM

Pulled pork and hot sauce at the Yucatán table

I once worked for a cooperative of Mayan women who manage an octopus farm in Sisal, a small fishing village on the wind-blown northern coast of the Yucatán peninsula, about 500 miles south across the Gulf of Mexico from New Orleans. I was researching octopuses, and the farm was, in fact, the only commercial octopus farm in the world. 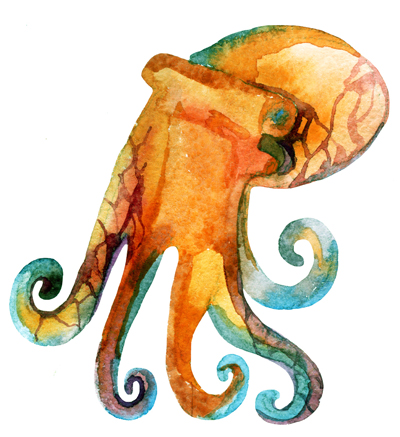 The work was as repetitive and monotonous as any other agricultural labor, consisting mostly of feeding the tiny octopuses and cleaning their tanks. Our first task each morning was to vacuum out all the residual particles of food-paste—a glop of vitamins, mixed into ground-up shrimp and squid—from the day before. We did this with a length of hose to siphon out the waste, a process initiated with one end of the hose in a tank and the other end in your mouth, sucking until saltwater came flooding down your throat, at which point, suction established, you took the hose out of your mouth and put it in a drain at your feet while using the other end to vacuum the tank. I drank what seemed like quarts of Gulf water, and I provided slapstick entertainment to my colleagues as I choked and spluttered.

The workday had one reliable bright spot: lunchtime. Once we made sure our 15,000 baby octopuses had clean tanks and plenty to eat, my five coworkers’ attention turned to making sure that we, too, were well fed.

Once we made sure our 15,000 baby octopuses had clean tanks and plenty to eat, my five coworkers’ attention turned to making sure that we, too, were well fed.

Each worker took turns buying provisions for the midday meal. When it was my turn, I spent eleven dollars on a feast for eight people: short ribs grilled over the fire, served with a salad of chopped lettuce topped with a tasty, fresh, lime juice dressing; rice and carrots; sliced avocados; a big bowl of limes to squeeze on the ribs; black beans; warm tortillas; and soft drinks.

A constant at the lunch table was Ernesto’s hot sauce, which he made from fresh, chopped habanero peppers (from a bush behind his house), salt, and lime juice, mixed in an empty Philadelphia cream cheese box. In the Mayan language, this mixture is called xnipec, which translates as “dog’s nose”: Eating it makes a person’s nose run wet as a dog’s. I was surprised the cream cheese box didn’t smolder and immolate.

The stubby habanero is often ranked as the second hottest pepper regularly consumed by human beings. A few drops of Ernesto’s sauce was enough to add excitement to a whole plate of rice. My coworkers occasionally stopped by the storeroom with their lunches to ask, “Got any of that hot sauce?” spooning just a bit out of the cream cheese box on the table. No one used more of the hot sauce than Ernesto, and by the time lunch was over he was always sweating profusely.

Ernesto’s wife, Genny, generally cooked the main dish over an outdoor charcoal fire. One day she might prepare tender octopus, cooked in its own juices. Another day we would eat freshly shot ducks from the mangrove lagoon behind the village. She grilled the ducks and served them in a broth of lime, cilantro, and chopped onions, along with rice, black beans, and plenty of tortillas. In the Roman Catholic tradition, meat was proscribed on Fridays, and we ate dough wrapped around chopped onions and hard-boiled eggs, fried over the fire in an inch of lard.

Once, to celebrate a coworker’s birthday, we contributed the princely sum of eight dollars apiece to buy a young pig for that most typical Mayan dish, cochinita pibil. Ernesto dug a pit and built a fire. He let it burn until it reduced to coals. Genny slathered the pig with the juice of bitter oranges and pulverized achiote seeds, which gave it a reddish pimiento color and added its own undertone to the flavor. She spread banana leaves over the coals and laid the pig on them with more banana leaves on top to seal in the heat. The pig cooked slowly overnight.

The next day we pulled the exquisitely tender meat from the bones and piled it on a plate to be passed around the table. We rolled the meat in tortillas. The method was new to me, the flavor subtly different, but it was basically pulled pork barbecue, like what I knew growing up in Nashville. Also on the table for the birthday meal were octopus ceviche and octopus in a slightly vinegary escabeche. After meals like these, we went back to work, refreshed, at the world’s only octopus farm.

The method was new to me, the flavor subtly different, but it was basically pulled pork barbecue, like what I knew growing up in Nashville.

Some 400 million pounds of octopus is bought and sold around the globe each year. Plenty of economic incentive exists for octopus aquaculture, but it has proven difficult. Spain, Japan, and Italy buy over half of the world’s catch of octopus, but they have not been successful in their attempts to cultivate it.

Cooperative members were convinced they would see a day when they would enjoy a thriving business, selling and shipping small, tender octopuses to gourmet restaurants across Mexico and beyond. They are still at it, and if successful they will have created a viable aquaculture where before there was none. If all goes as planned, patent revenues for the infrastructural and biological solutions devised in the process will accrue to the cooperative.

“I believe it’s going to happen,” says forty-four-year-old Genny, looking up from her plate of cochinita pibil. “I’ve got five kids—two are married, and three are still in school. My youngest daughter’s fourteen. I expect to see my kids inherit a share in an octopus farm.”

Richard Schweid is an SFA founder. A Tennessee native, he lives and writes in Barcelona, Spain. 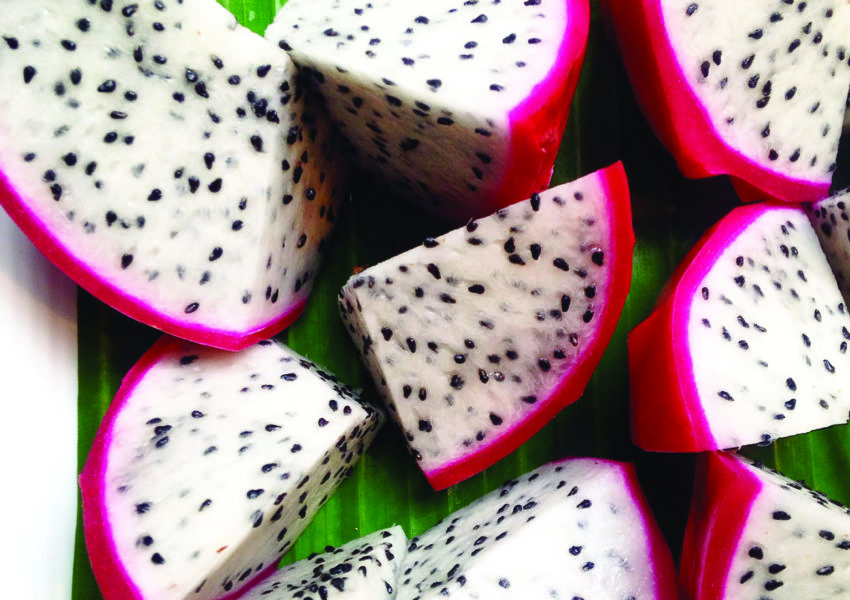 The dragon fruit, for all its bluster and noise, tastes like the quietest of melons.