George and Carol Terrebone were married for just one day before George deployed to Okinawa during the Vietnam War. Carol soon moved to be with him, gave birth to their son, Wade, while overseas, and stayed with George for the duration of his four-year duty working for the Army Security Agency. Neither of their families back home met Wade until they returned to the States when he was already twenty-two months old.

Those early years of mutual isolation set the tone for a marriage of togetherness. From then on, George and Carol worked together, first as operators of a service station; then as shrimp trawlers for more than ten years; and, finally, as owners of the Seafood Shed with docks in Golden Meadow and Leeville. As such, they retail a small percentage of the shrimp unloaded at their docks to locals, tourists, and oil-field workers. The rest, they sell to shrimp processors, who peel and freeze the shrimp for distribution all over the country.

The Terrebones have endured major hardships in this line of work. They had to rebuild twice—Hurricane Katrina wiped out one dock; Hurricane Gustav the other. The profit on shrimp is the same today as it was in 1960, they say, while expenses have all increased over time. And 2010’s Deepwater Horizon oil spill continues to affect their traffic—fewer shrimpers land at their dock, and fewer retail customers line up at their register. But, like so many Cajuns down the bayou, in spite of the difficulties, they love their life’s work.

You see, if it gets too high to restaurants up North, they’re going to turn to imports. They don’t care. ~ George Terrebone

If anybody ate more shrimp, that’s me that’s for sure. Oh lord, I ate some shrimp. After the oil spill, I continued eating it. They want to test somebody, they can test me. ~ Carol Terrebone 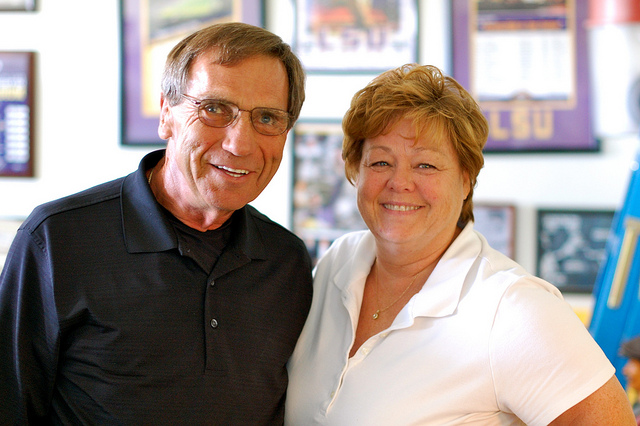