Marvin Autin is an historical hobbyist. In order to pay the bills, he works a job for the State. During his time off, among other avocations, he makes push poles, long rods that generations of Cajuns have thrust into the mud below their pirogues in order to gain leverage and power themselves through the marshes while hunting and trapping.

Marvin carves the fourchons, or forks, that form the bottom end of a push pole out of cypress wood harvested from trees once growing in his yard. While he could carve the poles themselves out of cypress, the cost would inhibit sales (he uses ready-made full round molding instead). At $45 for the painted version of his poles, he already can’t compete with more modern aluminum push poles, economically speaking.

But even minimal sales to hunters and fishermen more interested in authenticity than economics are enough to inspire Marvin to continue his family’s tradition. His grandfather, father, and uncle all crafted push poles. In fact, his grandfather, Pierre Benoit Autin, was a sort of Cajun survivalist. He trapped and hunted with his brood of six boys, who worked the marshes and trenasses with their father rather than attending elementary school; he pulled sunken cypress logs out of Lake Salvador in order to carve pirogues (Cajun canoes) from hand; and he made shrimp nets knot-by-knot before it was possible to buy pre-tied webbing.

Marvin enjoyed a softer upbringing than his father’s—he, at least, was allowed to graduate from high school—but he always migrated to the outdoors. “We didn’t need to go to a gym to exercise,” he says. “We’d go in the marsh, and you can’t get that kind of exercise in a gym.”

I remembered those stories they said in French when I was a kid. A lot of things I learned was just hearing them talk years ago, and I was taught to listen when people—older people—talked. ~ Marvin Autin 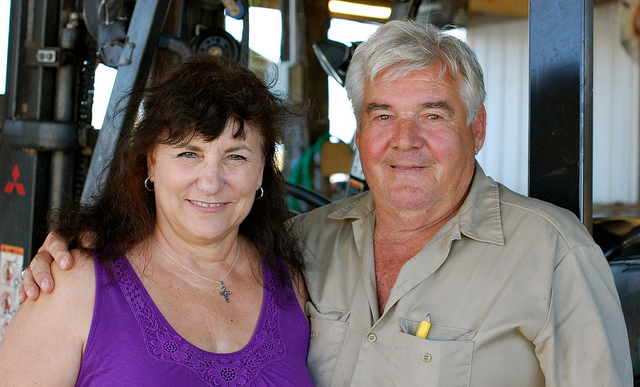