Harold’s Barbecue is an Atlanta institution. Just a quick ride south of downtown, the Georgia State Capitol, Turner Stadium and the Georgia Dome, Harold’s has been frequented by Georgia governors, media tycoons, sports stars, and famous entertainers. While eating at Harold’s is an Atlanta tradition, working at Harold’s is a Hembree family tradition. Co-owner Billy Branyon has been working here since he was sixteen, joining five generations of his family behind the counter.

Billy’s grandparents Harold and Hugh Hembree Sr. founded Harold’s in 1946. Just eleven years later, Harold Sr. passed away, but Hugh and her four children—Harold Jr., Don, Lee and their only daughter Kay—carried on. Billy, who is Kay’s son, has been running the place alongside other family members since the turn of the twenty-first century. In fact, so many brothers, sisters, cousins, aunts, and uncles work together at Harold’s, Billy says the families don’t get together on holidays. Regulars celebrate Harold’s Barbecue for their chopped pork sandwiches and ribs, but the claim to fame is the smoky Brunswick stew served with a side of “cracklin’ cornbread.” The cornbread is a family recipe that incorporates fried pork fat cracklings gleaned from the hams on the smoker. 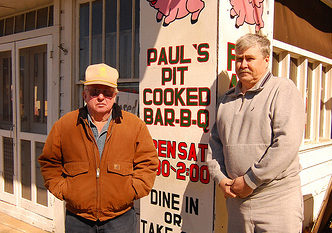 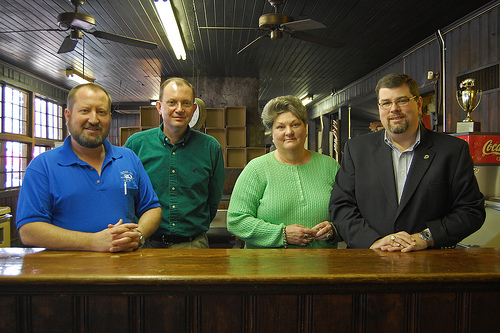