He’s visiting his mama and me from Japan, where he spent nearly the last decade building and test-driving concept cars. The lifelong gearhead had a self-driving car delivered to his old man, an epileptic since childhood, so that I could finally experience a facsimile of life behind the wheel. He’s allowed me in the seat for an excursion for empanadas filled with Mexican chorizo and Madras lentils, those churros, and a couple of Indo-Mex tacos. The latter are for me. Filled with paneer or stewed cauliflower, the style was exported from Houston to Dallas, where la esposa (the missus) and I live in the Mexican-American neighborhood we’ve called home for thirty years. After traveling across Mexico and North America, writing about  Mexican food with a focus on tacos, I plan to die here, I tell my son.

“Not so fast,” says the kid, now thirty-two. “You’ve got driving to do first.”

I have trouble turning down writing assignments, partially because I am filled with wonder at the development of Sur-Mex. This style of Mexican food indigenous to the Southern United States incrementally took hold in the early 2000s and has remade Southern cuisine, at first through the interplay of ingredients from the world’s great corn cultures: Mexico and the American South. During the 2010s and 2020s, Sur-Mex incorporated elements from other Southern populations, some of them immigrants from Asia, some African American, others Cajun. Sur-Mex is as varied as barbecue in the South. Don’t worry, grits are still available. These days, you’re more likely to find them in a burrito than on a country breakfast platter.

Combo plates, which my family dug into regularly in neighborhood Mexican restaurants, are a fading memory in 2040. Ordered by number or named after a restaurant family member, they often included an orange cheese–draped, ground beef–stuffed enchilada, a crispy ground-beef taco, and a red pork tamal in a rectangular masa parcel. Maybe there was a tostada with a preshredded Mexican-ish cheese blend blast-melted onto its curled edge, capped with an ice-cream scoop of guacamole. These combinations dominated the Mexican restaurant menu for decades.

Sur-Mex is as varied as barbecue in the South.

At the turn of the century, restaurant names evoked American perceptions of Mexicanness: Mi Casita, Jalisco del Sol, and anything referring to “Mexico City.”  Those ideas were reinforced by Mexican American or Mexican immigrant owners, who broke their backs to feed their own families. Many of the immigrants to the Southern United States came from the town of San José de la Paz in the Mexican state of Jalisco. In the twenty-first century that began to change, as Mexican American gastronomy adapted the landscape and population of the American South to create what we now know as Sur-Mex.

By the 2020s, cooks filled blue, red, white, yellow, purple, and green corn tortillas with the homestyle stews and braises that characterize Southern and Mexican cooking, including meatballs in chipotle salsa. The array of colors presaged the ethnic diversification of Sur-Mex. Today, in 2040, Sur-Mex entrepreneurs have taken over Tex-Mex-leaning restaurants and rolled out flashy food trucks with LED signage aplenty. Diego and I pass at least three on the way to our destination.

In 2040 Sur-Mex blooms. But how did we get here? Where and how was Sur-Mex brought to seed? Where did it root and who nurtured it? And how did it spread and branch? Like most changes in the South, Sur-Mex took a long, messy path, a knotted braid of time travel—to finding a welcoming home. It took nearly fifty years to find its place.

Diego, back in the car after grabbing our food, raises his white paper bag, grease spots blooming, removes one of the fried churros, sparkling with what Americans have generically termed “curry powder” and mixed with sugar. He produces a cup of creamy jalapeño salsa that he snuck out of the fridge. D plunges a churro into the shallow cup and grins the smile of unfettered joy. “It’s good to be home, Papi,” he says. Powder and crumbs tumble from his chin onto his shirt, then his lap, and finally the passenger seat of the self-driving car. I grumble and smile. I tell my son I love him and then drop my voice. “You’re cleaning that up when we get home.”

Sur-Mex entered the public square with the founding of Taqueria del Sol. The tradition was sustained by El Mero Taco in Memphis, and EaDeaux’s Cajun Cocina and the Twisted Turban, both in Houston in the 2010s and 2020s. They began an earnest effort of codification. The trajectory wasn’t linear. It wasn’t just tacos of fried chicken or albondigas en chipotle with braised collard greens, made by Mexican immigrants, Chicanos, and their white business partners. Sur-Mex’s leap to fully realized category began when it split into a regional family tree reflective of the South’s diverse ethnic and racial populations.

An Atlanta-based chain with outposts in Georgia and Nashville, Taqueria del Sol opened its first restaurant in 2000 with executive chef and co-owner Eddie Hernandez in the kitchen. With partner Mike Klank, Eddie laid the framework for Sur-Mex. I outlined that development in my book, American Tacos: A History and Guide, the first national survey of regional tacos in the United States. Shortly after the book was published in 2020, Diego’s best friend asked me a lot of questions about the book. We talked about structure and point of view, and we talked about our favorite tacos. My son has yet to read the book. If he has, he won’t admit to it. As I much as I think about tacos, he ponders cars.

Jacob Dries, a native of Memphis, and his wife Clarissa Dries, a native of Oaxaca, founded El Mero Taco in Memphis in 2016. They began serving buttermilk-marinated fried chicken tacos with a blanket of queso blanco on locally produced corn tortillas. For the first six to eight months, while refurbishing a taco truck, El Mero Taco operated as a pop-up. In 2019, it moved into a brick-and-mortar space in the Memphis suburb of Cordova. After a brief stint as a take-out operation during the pandemic years of the early 2020s, El Mero grew into a small chain. The Dries flirted with franchising, but instead developed a handful of outposts in Nashville, Hot Springs, and Atlanta. Delivery evolved from third-party apps to self-driving pods the size of scooters. Customers could access menus and place orders via the earpieces that replaced smartphones in the 2030s. Now Jacob and Clarissa operate a small street stand with a short menu of Sur-Mex tacos made from locally sourced ingredients. Customers sitting at one of the five stools or standing on the sidewalk can order a single taco or sample the whole menu in the style of a chef’s tasting.

In Houston, where taco trucks have long been the primary method by which residents got tacos, Cajun Tex-Mex is commonly fetched from food trucks that advertise taceauxs. The first was likely EaDeaux’s Cajun Cocina taco truck, which co-owner Jason Harry, a native of Acadiana Parish, Louisiana, established as a link between the two neighborhoods to which his mobile food rig sells: the predominately African American Third Ward and the predominately Mexican American Second Ward. Houston is home to the Original Ninfa’s on Navigation, the restaurant that popularized fajitas in the 1970s. “But there’s also a great tradition of Cajun food.” Harry says. “Why not blend the two,” he told me back in 2018.

Twisted Turban, focused on Indo-Mex—the integration of Subcontinental Indian and Mexican foods—began in Houston in 2020. “Whether you’re Chinese, Indian, from Pakistan, or wherever, when you live in a place with such a strong Mexican or Tex-Mex presence, you’re going to gravitate toward that,” said Umair Alem, the owner of Twisted Turban. Alem, born to Indian parents in Pakistan, moved to Texas from New Jersey. Foods folded into tortillas and other flatbreads have been wildly popular in the South since the 1990s. Twisted Turban and other Indo-Mex joints use buttery, flaky paratha. Small chainlets, many with drive-throughs and snaking late-night lines, now dot the South. A Mexican spin on Viet-Cajun serves crawfish cocktails and shrimp garnished with crumbled chorizo. All celebrate Taceaux Tuesday. Population proximity alongside the interplay of ingredients created this original American taco, Sur-Mex.

I’m running this history through my head as the car breaks at a red light. “The car actually stopped at the red light,” I chuckle in wonder. D mumbles, his mouth still full. I wrap my right arm around his neck and gently kiss the top of his head. Dyed an effervescent blue, his hair looks just like it did when he first dyed it at age eleven. How has this kid not changed? I think. And I think, too, about how Latino people changed everything here for the better.

The Hispanic population of the United States has only continued to increase. So have Asian and West Indian populations, creating an abundance of tacos that speak to the provenance of the cooks and the places they are made. Sur-Mex has become a grand tree under which many people bask.

“You started getting people doing Southern mixed with Indian or jerk,” said Oscar Diaz, executive chef of José and Sons in Raleigh, North Carolina, in the 2020s, when asked to look to the future of Sur-Mex. “They’re doing it with smoke the way we smoke here in the South.”

Jacob Dries of El Mero talks about cooking as a form of cultural exchange He mentions a Cajun catfish taco with a smoked habanero aioli. Then he muses at the possibilities. “Maybe you’re from Thailand and you can do duck in a red Thai curry or—even better—a smoked duck with yellow mole and then put that in a tortilla,” says Jacob Dries. “You’re going to see some funky blends come in with different cultures crossing into the taco.”

This is us now. This is Diego now. Even as we arrive home and both of us forget about the mess of food he’s left in the seat. This is you and you and us. So much us. As Diaz tells me, “We were just getting started back then.”

José R. Ralat is the taco editor of Texas Monthly and the author of American Tacos: A History and Guide (University of Texas Press). He’s written for Dallas Observer, Imbibe, Vice Munchies, D Magazine, Eater, and other media outlets. His article about the disappearing Kansas City–style taco appeared in The Best American Food Writing 2020. 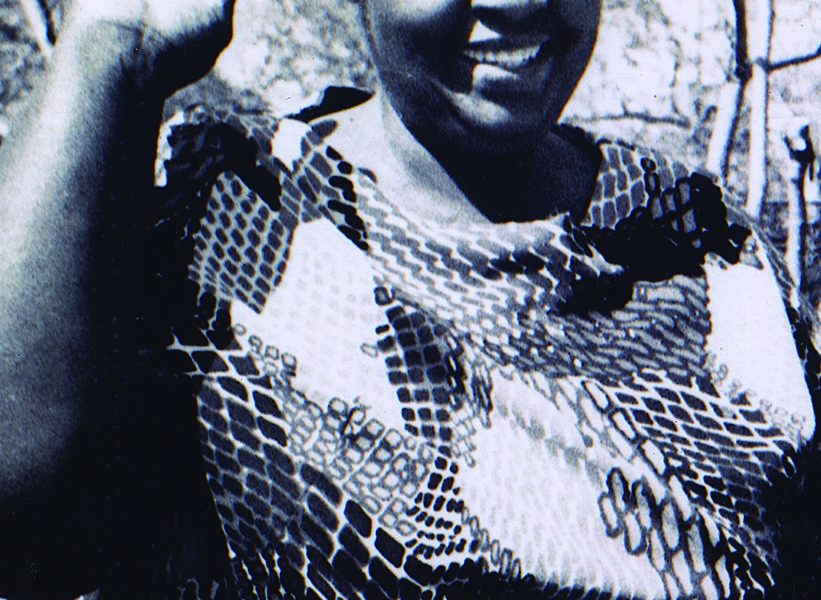