When wrapped up in a banana leaf and tied with a string, pasteles look like a present. Given the story of the Puerto Rican Diaspora, the symbolism embedded in this recipe is far from accidental. For one thing, it’s a tamal-like dish that families enjoy during the holiday season. For another, Puerto Rican cooks have unpacked the recipe wherever they’ve settled. Today, climate change has catalyzed a new wave of migration from the island to the states, and the fastest-growing community of Stateside Puerto Ricans is in central Florida. In this helping of Gravy, we’ll delve into the Taíno, West African, and Spanish foodways that created pasteles. Then, we’ll unwrap pasteles in new places.

This episode is reported and produced by Sarah Holtz.

Special thanks to Edgardo Miranda-Rodriguez, Nicole Marquis, and Aviva Goldfarb. 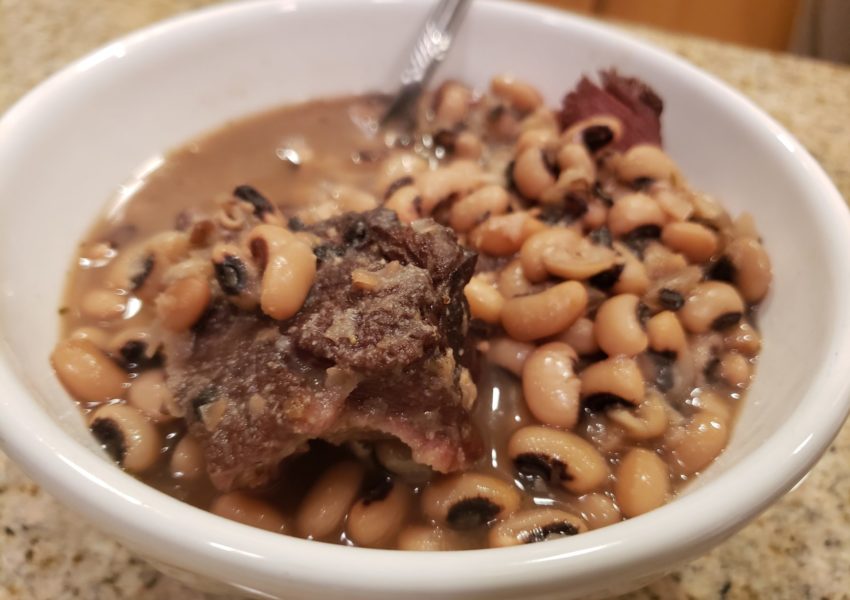 The story of the West African diaspora in the American South is the story of the Transatlantic slave trade. But one of its staple foods, black-eyed peas, can be read as a symbol of resilience and hope.