Pie by Another Name: The Burekas of Or VeShalom

The weekly ritual of baking burekas at the Or VeShalom Synagogue is a testament to the preservation of Sephardic Jewish culture in the American South.

Every Tuesday a group of women gets together at Or VeShalom Synagogue in Atlanta to bake hundreds of savory hand-held pies. They are called burekas and come in five varieties. There’s potato, rice, spinach, eggplant, and meat.

These women have been baking them using the same recipe for over 60 years. They’re sold by the dozen to help the congregation’s finances. There’s no commercial competition, because this delicacy cannot be mass-produced in a bakery. Making burekas just requires too much skill and a lot of experienced cooks. 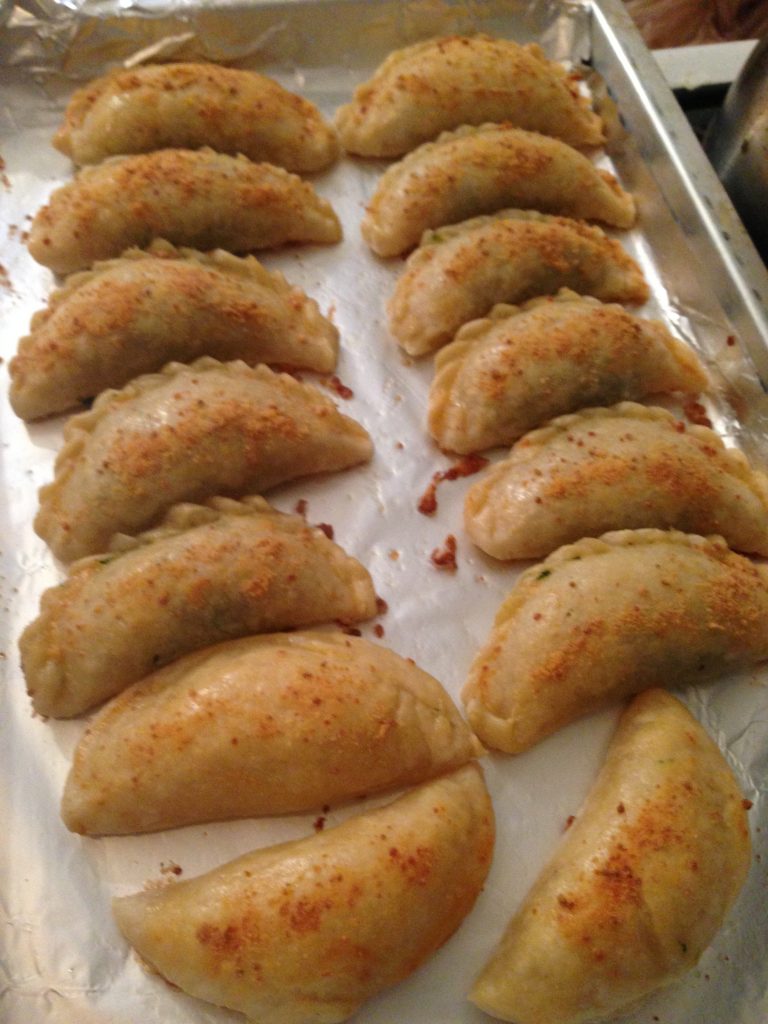 Bureka comes from the Turkish word Burek, which means pie. That’s because Sephardic Jews trace their heritage to the countries around the Mediterranean including Turkey and medieval Spain. It was the Spanish Inquisition of 1492 that forced Sephardic Jews to leave Spain and settle in other countries.

The weekly ritual of baking burekas at the Or VeShalom Synagogue is a testament to the preservation of Sephardic Jewish culture in the American South.

Susanna Capelouto is a podcast producer and consultant in Atlanta.  She’s also the Senior Editor at WABE, the city’s  NPR station.  Susanna has been working in the world of audio for two decades including stints as a reporter, producer and news director. She’s a board member and past president of The Atlanta Press Club and a proud member of AIR Media.