In the kitchen, behind the register, these regular people made extraordinary choices. They opened their doors and offered spaces of comfort and collaboration.

Today we look at restaurants that offered sustenance to activists of the Civil Rights Movement. The fight for and against segregation played out in countless ways, many of them centered around eating. When we talk about eating and public spaces during the Civil Rights Movement, we inevitably think of the business owners who resisted integration. Photos of lunch counter sit-ins are imprinted in our minds.

But there were also activists who furthered the cause from behind the counter, whose establishments became places of refuge. In the kitchen, behind the register, these regular people made extraordinary choices. They opened their doors and offered spaces of comfort and collaboration. 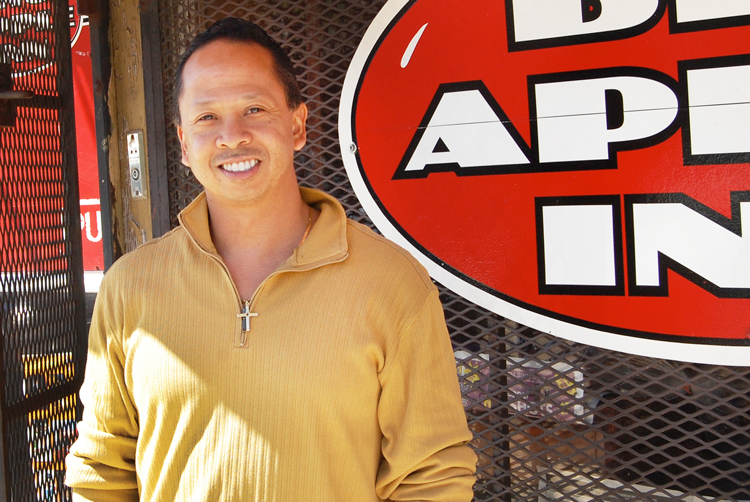 “Upstairs from our restaurant was Medgar Evers’ office. When he would have meetings or discussions…they would always meet in our restaurant.”—Geno Lee, Big Apple Inn, Jackson, MS

“The Big Apple was a big part of the strategy…it was a place where they could meet and feel safe.”—Gene Lee Sr., Big Apple Inn, Jackson, MS

Willora “Peaches” Ephram was born in 1921 near Utica, MS. As a young woman, she left sharecropping behind for a restaurant job in Jackson. In 1961, she opened Peaches, a restaurant that served black-eyed peas, fried chicken, banana pudding—and of course, peach cobbler. Farish Street was a thriving black business district, and as Peaches’s son Roderick Ephram remembers, “It seemed like it was just a big family thing down there.”

It was the black street, very safe, and very family atmosphere.—Roderick Ephram

On May 28, 1963, Civil Rights activists staged a sit-in at Woolworth’s on Capitol Street in Jackson. A riot against the peaceful protest broke out and the city erupted in chaos. Peaches welcomed protesters inside. “She let them in ‘cause they were trying to flee from the police officers. She opened her doors,” says Ephram. “On a lot of occasions they would lock up people and take them down in garbage trucks to the fairgrounds. And she would donate sandwiches down there. This woman that really didn’t have a lot herself scraped up whatever she had to really try to meet the people’s needs.”

“When the Civil Rights done all that running and throwing bricks and all that stuff, I was right down there. A lot of the times they would be coming—‘Here they come, here they come!’ I’d open the door and let them in,” says Peaches.

Her restaurant grew into a gathering place for Civil Rights leaders. By the time President Obama visited during his first campaign, Peaches had served Mohammed Ali and Medgar Evers. 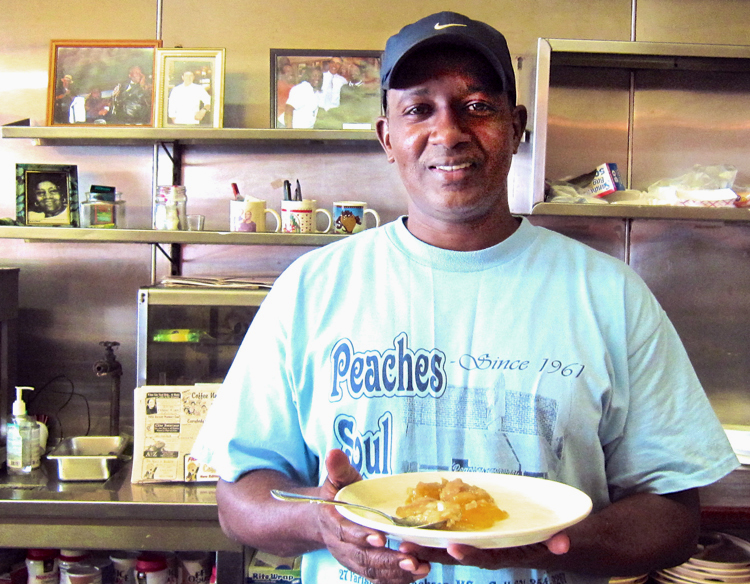 Roderick on what it was like on Farish Street, and why people came to Peaches.

Friday night on Farish Street
She was a professional woman

Edna Stewart was born in Chicago in 1938, shortly after her parents left sharecropping in Tennessee and moved north as part of the Great Migration. In 1966, the family opened Edna’s Restaurant on the west side of Chicago. Like Peaches, Edna’s served heroes of the movement, including Dr. Martin Luther King Jr. and Rev. Jesse Jackson.

Reverend Jackson and all of them, they were here daily.—Edna Stewart

Immediately after Edna’s opened, Civil Rights activists working in Chicago’s west side began stopping in for biscuits, fried chicken, and conversation. It started with a quiet couple. “One day in the restaurant there was a white girl and a black guy, and they had on jeans. In 1966 we didn’t see too many jeans. We didn’t see a mixed racial couple on Madison Street,” shared Edna. Following Edna’s warm welcome, the young man asked her, “Would you like some customers?” Edna’s soon became one of the meeting spots for Dr. King’s freedom movement.

Together with her father, Edna turned her restaurant into a place of respite. When sit-ins down the street were dismantled, they waited. “No, don’t close. Stay open until they come,” her father would say. “A lot of them wasn’t making money. I had a little box that I used to keep their name in where they owed me,” said Edna. Edna welcomed customers until her death in 2010. “We just have a beautiful clientele of customers.” 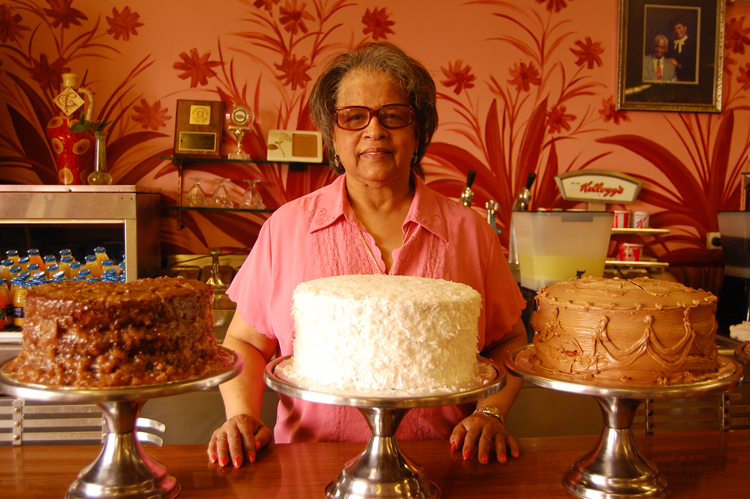 Edna Stewart on opening in the midst of neighborhood sit-ins and Oprah’s favorite dish.

Half a block from Dr. King
Oprah's pick at Edna's Restaurant

UP NEXT: First impressions matter—even for produce. Discover why presentation is everything at the Carrboro, North Carolina Farmers’ Market.

This feature was produced with oral history interviews, audio, and photographs from the Southern Foodways Alliance. Smokes & Ears was produced by Joe York for the SFA in recognition of 2009 Ruth Fertel Keeper of the Flame Award Winner Geno Lee. The cover photo is the interior of Bully’s Restaurant, Jackson, MS.