For 2019 the Southern Foodways Alliance tells stories of the domestic and public labor that powers growing, cooking, and serving food. Join us in Oxford, and on the University of Mississippi campus, October 24-26, for our twenty-second fall symposium. In a way that welcomes all, SFA weaves together smart talks, great food, compelling art, and challenging conversations. Join us.

We will showcase work songs from Georgia cane fields and Carolina mills. We will tell stories of the cooks who feed working folk at construction sites and tobacco fields. We will sing songs of soup beans and the fight-for-fifteen. Leading the way will be – among many other good and smart folk — Kiese Laymon, Carnegie medal winning author of Heavy, chef Maneet Chauhan, the pride of Nashville, and Jessie Wilkerson, author of To Live Here, You Have to Fight.

Registration opens Thursday, August 1 at Noon CT. The link to purchase tickets is here: https://2019southernfoodwayssymposium.bpt.me  Note that registration may not be accomplished on a mobile device.

SFA members will be emailed a password on July 29 to purchase tickets at a discounted rate. Tickets go on sale August 1 at Noon CT.

Tickets are refundable, minus a $150 cancellation fee per ticket, if the SFA is contacted by September 20. (Each time we sell and refund tickets SFA incurs hard dollar transaction fees.) No refunds after September 20.  To be fair to those on the waiting list, tickets may not be transferred. Please don’t ask us to make exceptions. We try our best to manage demand in an equitable way.

For travel planning purposes, note that the symposium begins with registration on Thursday afternoon, October 24, and concludes after dinner on Saturday night, October 26.

SFA has reserved blocks of rooms for attendees at these area hotels:

Note that all presentations on Friday and Saturday will be hosted at the Inn at Ole Miss ballroom.

Other area hotels include: 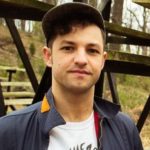 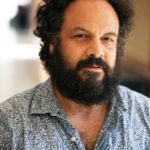 Scott Barretta hosts Highway 61 radio, the award-winning blues program on MPB Radio. He came to Mississippi in 1999 to edit Living Blues magazine and stayed to engage in the rich blues and music culture as a researcher, teacher, and ambassador. Before Oxford, he edited the Swedish blues magazine Jefferson, named for Blind Lemon Jefferson. 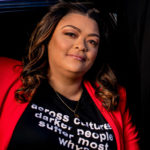 Gina Bradley is a writer and scholar of African American life and culture, including literature, music, race, and sound. She uses hip hop to think about region. Her latest project, Chronicling Stankonia, explores the influence of OutKast on images of the American South. She teaches at Kennesaw State University and also writes fiction, including the recently published short story collection Boondock Kollage. 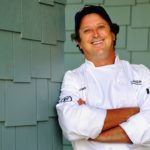 Bill Briand is the chef of Fisher’s and Playa in Orange Beach, Alabama. Born in England to a Navy captain, he moved to New Orleans with his family and cooked for Emeril Lagasse before cooking at Herbsaint and Cochon with Donald Link. 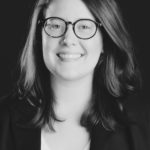 Melissa Brown is an enterprise reporter for the Montgomery Advertiser focused on criminal justice and public health issues. An Alabama native, she has also reported on state politics, business, and higher education. 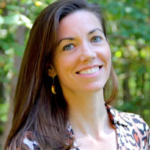 Larrison Campbell is a Greenville native who reports on politics with an emphasis on public health at Mississippi Today. She as a bachelor’s degree from Wesleyan University and a master’s degree from Columbia University’s Graduate School of Journalism. 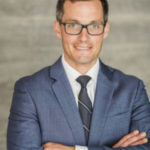 Andy Chabot directs the Food and Beverage program at Blackberry Farm, the Great Smoky Mountains luxury hotel and resort. A Master Sommelier, who has progressed past the advanced level of the exam system, he oversees an award-winning wine program that counts more than 170,000 bottles in its cellars. 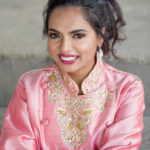 Maneet Chauhan beat out 40 male competitors to become chef at Vermillion in Chicago, and was the first Indian woman ever to compete on Iron Chef. In 2014 she opened Chauhan Ale & Masala House in Nashville, where she marries Indian culinary traditions with those of the U.S. South (think hot chicken pakoras). She’s a judge for Food Network’s Chopped and recently opened her latest Nashville restaurant, Chaatable, where she riffs on Indian street food. 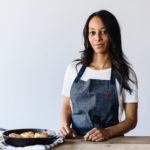 Erika Council is a software engineer, food writer, and biscuit maker. She teaches about the history of African American cuisine and the social impact of food. Atlantans plan their weekends around her biscuit pop-ups, which have earned the sort of beloved status that begs comparison to Mama Dip’s Kitchen, the restaurant her grandmother, Mildred “Mama Dip” Council, ran for four decades. 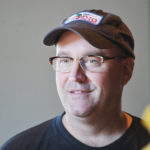 John Currence is the chef-owner of City Grocery Restaurant Group in Oxford, Mississippi. He began his career washing dishes at Bill Neal’s Crook’s Corner, and in 1992 settled in Oxford, where he has since opened City Grocery, Bouré, Big Bad Breakfast, and Snackbar. He is the author of Pickles, Pigs, and Whiskey and has served as the SFA’s culinary director since its 1998 inception. He is currently working to open a po-boy and gumbo shop on the Oxford Square. 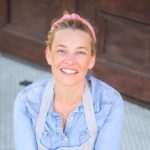 Kristen Essig and Michael Stoltzfus are co-executive chefs at the New Orleans restaurant Coquette. A Florida native, Kristen moved to New Orleans almost two decades ago to work with Emeril Lagasse and Anne Kearney. In 2016, she joined Coquette, which Michael had opened eight years prior. Since then, together they have earned two Best Chef: South award nominations from the James Beard Foundation. Next up, Thalia, a neighborhood restaurant. 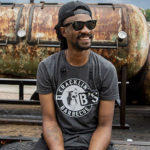 Bryan Furman does pulled pork differently at B’s Cracklin’ BBQ, with locations in Savannah and Atlanta. He raises and cooks his own whole heritage-breed hogs, makes Brunswick stew from scratch, and sweetens sauce with Georgia peaches. He also proudly narrates a story of black business ownership, honoring pitmasters who came before. Lines of expectant locals earned him a spot in Food & Wine’s Best New Chefs 2019.

Robert Gipe and Higher Ground wrote and will perform SFA’s 2019 Cockayne Fund Symposium production. Higher Ground is a community arts organization based in Harlan County, Kentucky, which works with locals and artists to create exhibits, art pieces, and plays that showcase oral histories collected within the community. The series’ producer, Gipe is also author of the novels Trampoline and Weedeater. 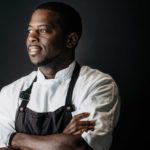 Edouardo Jordan is the first African American chef to win a James Beard Best New Restaurant Award, a title he earned in 2018. History permeates his food: JuneBaby’s menus reckon with the legacy of slavery, and the newer Lucinda Grain Bar highlights ancient cereals. A Florida native and Seattle transplant, he trained in fine dining at The French Laundry, and once wrote an online restaurant guide. 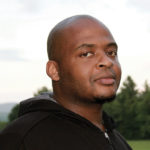 Kiese Laymon’s book Heavy: An American Memoir won accolades from The New York Times, NPR, and numerous other outlets when it was released last year, establishing him as a preeminent black Southern writer. A Jackson, Mississippi native, he teaches writing at the University of Mississippi. He is also the author of a novel, Long Division, and the essay collection How to Slowly Kill Yourself and Others in America. 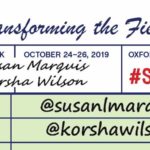 Susan Marquis is the VP of Innovation and dean of the graduate school at the RAND Corporation, a nonprofit research organization working to make the world safer and healthier.  Her latest book is I Am Not A Tractor! How Florida Farmworkers Took on the Fast Food Giants and Won. In addition to pursuing new solutions to persistent and complex public policy challenges, she’s the former editor and publisher of Cheese Enthusiast for small and home cheesemakers, DJed at the original 9:30 Club in Washington, DC, and wrote her first book on U.S. special operations forces. 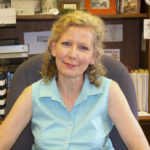 Katie McKee was recently appointed Director of the Center for the Study of Southern Culture, but she’s no stranger to the SFA, having taught Southern Studies and English at the University for almost two decades. The author of Reading Reconstruction (about Holly Springs native Sherwood Bonner), her research explores 19th-century American literature, writing by women, film, and, well, humor. 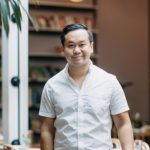 Van Nolintha was born in Laos, landed in North Carolina at 12, and studied international peace and conflict in Dublin. With zero job offers on the table after graduate school, he visited his parents in Laos with his sister, Vanvisa. After reconnecting with their roots, the siblings returned to Raleigh to open Laotian restaurant Bida Manda and, now, Brewery Bhavana, which pairs communal beer experiences with dim sum and fresh flowers. 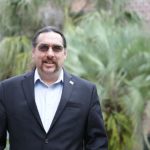 Paul Ortiz teaches history at the University of Florida and directs the school’s oral history program, which counts 8,000 interviews in its archives. His work explores African American history, Latino studies, labor, and documentary studies. He co-edited and conducted oral history interviews for the book Remembering Jim Crow and is the author of An African American and Latinx History of the United States. 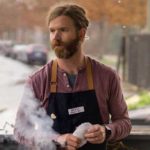 Bryan Rackley is a founding partner of Kimball House (Decatur, GA) and Watchman’s Seafood (Atlanta, GA),  and is also a co-founder of Oyster South, a non-profit organization focused on teaching and maintaining sustainable oyster farming practices in the Southeastern and Gulf Coast regions. 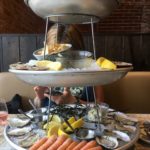 Hanna Raskin is food editor and chief critic of The Post and Courier in Charleston, South Carolina, a role that earned her accolades from the Association of Food Journalists and the James Beard Foundation. She wrote her master’s thesis about the relationship between Jews and Chinese food. Her research has driven her past collaborations with SFA. For Gravy the podcast, she reported about Gujarati kitchens in Southeastern motels.

Laurie Bertram Roberts is a reproductive justice activist, doula, writer, and proud Midwestern transplant now firmly rooted in the state of Mississippi. In the wake of the ICE raids in Forrest and Morton, Mississippi, she has focused her attentions of direct aid to imperiled families. 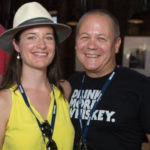 Jerry and Krista Slater are the husband-and-wife team behind The Expat, a bistro and bar in Athens, Georgia’s Five Points neighborhood. She’s a painter turned certified sommelier, he’s a Charlie Trotter’s alum and co-author of The Southern Foodways Alliance Guide to Cocktails, and together they partner in Flying Pig Hospitality, a restaurant and beverage consulting company. 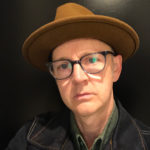 Travis Somerville is an Atlanta-born artist living in San Francisco, where he crafts large-scale paintings, collages, and sculptures that grapple with the histories of white supremacy and racism in America. Functioning as both anti-nostalgia and critical memory, his work has been featured in publications like The Los Angeles Times and in collections at SFMOMA and the 21c Museum in Louisville. 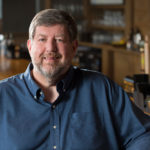 Tommy Tomlinson is the author of The Elephant in the Room, a memoir about his decision to swear off Krispy Kreme and chili dogs as he approached 50 years old at 460 pounds. His podcast SouthBound features interviews with Southerners – artists, athletes, preachers, and politicians – exploring how place shapes what they do. He worked 23 years as a reporter and columnist for the Charlotte Observer. 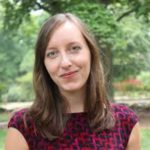 Jessie Wilkerson, who teaches History and Southern Studies at the University of Mississippi, guides us through the weekend’s talks and meals as Symposium Coach. Her research spans women’s and gender history, Appalachian history, and oral history, and includes a recent collaborative student project documenting LGBTQ life in Mississippi. Her first book, To Live Here, You Have to Fight, traces women-led movements in the Appalachian South. 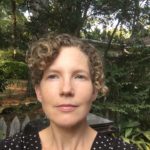 Blackberry Farm Taste of the South