Memory and myth, in the kitchen and on the page

When I was twenty-five years old, I packed what I could fit in my two-door Honda Accord and drove west to attend graduate school in Laramie. I’d rented a second-story apartment, sight unseen, near the University of Wyoming campus. I had never lived outside of Alabama. I was not a young Southerner who longed to get far away, though in fact that’s what I’d done. The South had been good to me, and I intended to write a novel set there and firmly rooted in its literary traditions.

I’d become interested in Hernando de Soto’s conquest of the region, which began in 1539 when ten ships carrying more than 600 men landed somewhere near modern-day Tampa Bay. For the next three years, the Spaniards moved inland, killing and enslaving thousands of Native Americans along the way. In addition to violence and pestilence, according to some historians, the de Soto caravan brought the first peaches to North America. I was surprised to learn this. Every summer my family drove through Chilton County, Alabama, the heart of our state’s peach-growing region, on the way to the Gulf Coast. We bought baskets of ripe fruit at roadside stands and ate them on the beach, tossing sticky pits into the surf. On the way back north, we bought more and ate the juicy peaches while leaning over the kitchen sink so as not to stain our clothes. Peaches were so synonymous with my childhood in Alabama I assumed they were a native fruit.

After less than two months living on the high plains, I was desperate for home. This desperation drove me to the kitchen, which had an ancient gas range with an oven so small the one baking sheet I owned wouldn’t fit. The previous tenant had created additional counter space by placing a piece of plywood atop cinder blocks. The sink was deep enough that I could, in an act of full-on bachelorhood, let dirty dishes pile up for days.

I drove across town to the Walmart, which, it’s worth noting, has the best view of any Walmart store in the country. From the parking lot, I could see thirty miles clear to the Snowy Range’s quartzite peaks, capped with snow in late July. I pushed an empty cart toward the baking aisle. I’d decided to make biscuits from scratch. It seemed like something I ought to know how to do—like changing the oil in a car or knotting a tie. Decades after my grandfather died of leukemia, my mother still judges biscuits against his catheads. I used to think the term had something to do with catfish, because in the memories I have of my grandfather, he sits on an overturned five-gallon bucket with a fishing rod in his hands.

Biscuit-making promises to be simple: It requires flour, fat, and something wet to bind the dough. On the drive back to my apartment, I called my mother to ask if she remembered how her father made biscuits. She’d often watched him mix and bake. But by the time I was born, she had given up trying to recreate his biscuits from memory. Instead she bought bags of frozen pre-cut dough and threw discs in the oven on Sunday mornings before church. While they baked, she would whip up a chocolate gravy so sweet my teeth ache recalling it. All she could tell me about my grandfather’s biscuits was that he poured beer into the dry mix, rolled the tacky dough into a log, then pinched off hunks he shaped by hand. Hardly enough for a novice baker to go on.

I no longer remember the recipe I used for my first attempt. I now know that oven did not warm anywhere near the temperature set by the delicate twist of a loose knob. Nor did I take into account Laramie’s elevation: 7,200 feet above sea level. My miscalculations caused those biscuits to come out as flat as the prairie at the edge of town. I broke one in half, slathered on butter and blackberry jelly. Nothing could redeem them. I stood in the kitchen and choked one down, the experience akin to eating a mouthful of sawdust. The rest I threw in the trash. 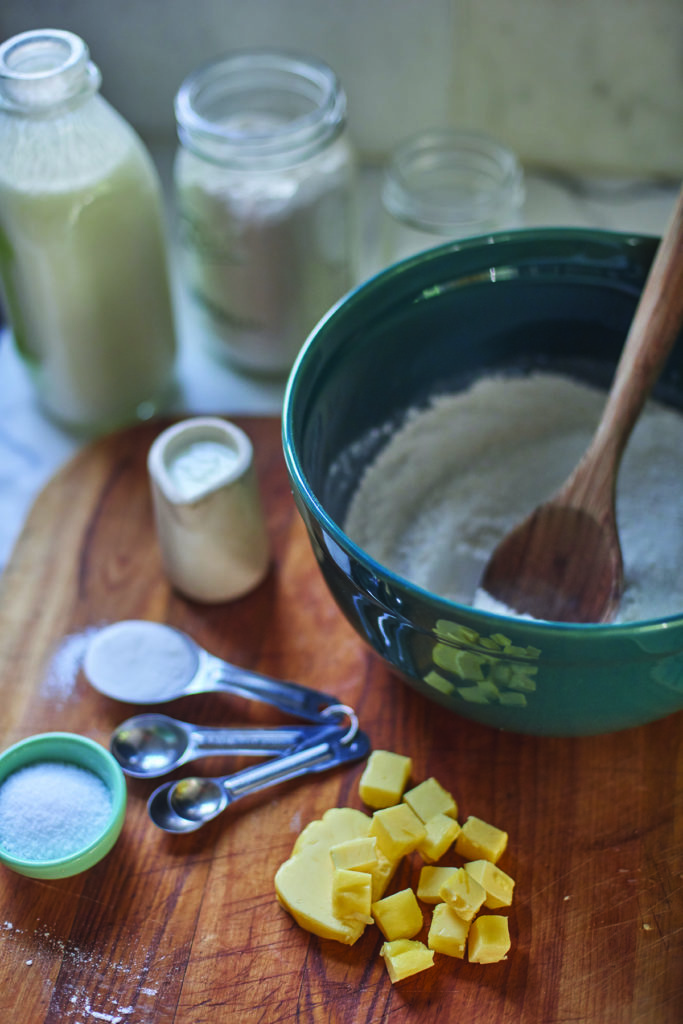 Looking back, I could’ve saved myself trouble by doing a little research. But I don’t have much patience for that, a truth that would emerge as the novel I was writing evolved from a fictional retelling of history to a mythical reimagining of a time and place.

The story of de Soto’s conquest in the South appealed to me as a first-time novelist because it provided a sturdy narrative backbone. More or less, I had a beginning, a middle, and an end. I started composing. Every sentence felt like scaling a wall. Once over the top, another stood in my way. I had no idea what conquistadors wore, what supplies they carried, how their weapons worked, what the various tribes of Native Americans the Spanish encountered looked like, or how they lived. Any bit of narrative I managed to string together seemed lifeless when I read back over it later in the day. I felt burdened by fact rather than enabled by it.

Sometime after that first batch of inedible biscuits, I met Burge. He was from Mississippi, a writer and musician. One night Burge invited me over to watch a college football game. He cooked turnips and rich, tender greens and made drop biscuits.

Burge was a fisherman and a hunter, too. I hadn’t done much of either since I was a kid, but suddenly, removed from those memories, I longed to again. So Burge patiently gave me fly-fishing lessons and took me bird hunting with his dog, Boot. I’ll never forget hiking in freezing dark to a flooded river and waiting among weed cover for the sun to crest the hills at our backs. Decoys bobbing, ducks diving in, I no longer felt so desperate for home.

Around this same time, I was given a copy of Donald Link’s Real Cajun cookbook, which includes a recipe for buttermilk biscuits. On weekends Burge would come over and I’d follow Link’s directions. While the biscuits baked, Burge and I played guitar and talked about our favorite books and what we were writing. He read a draft of my novel manuscript and gave smart feedback about its voice—or lack thereof. For inspiration, he gifted me a dinner plate with a man wearing a conquistador-like gold helmet painted on it. I ate off this plate until someone asked if I knew whether it was lead-free. Now I keep it on my desk as a talisman.

The stories we tell about ourselves evolve as we repeat them over and over again.

Before long, I didn’t need to look at Link’s recipe. I worked from memory and altered things on the fly. I fiddled with the ratio of flour to butter to shortening. I worked the dough less, gently folding it so the biscuits grew tall and tilted as they cooked. I traded a sheet pan for a cast-iron skillet I let warm in the oven before packing it with raw dough. I began to write my novel this way, too, ditching a fictional retelling of de Soto’s conquest for a story centered on a grandmother, Maybelle Treeborne, and her granddaughter, Janie, and set around an Alabama peach orchard. This pair was the compass I needed. They led me around a river valley that revealed itself further each time I sat down at a wall-facing desk more than a thousand miles from my home.

Often I start writing fiction with an image in mind. I remember seeing Maybelle and Janie wading in a spring, talking in shorthand about the land and their family’s history with it. I listened closely. Their voices sounded familiar to me, like echoes of my own family—things we said, stories we told. Freed from fact, I pursued myth. And I embraced the reality that the stories we tell about ourselves evolve as we repeat them over and over again.

By the time my then-girlfriend (now wife) and I left Wyoming for jobs in another state, I no longer worried over recreating my grandfather’s biscuits. I had Burge and others to encourage me when I got frustrated or felt like a fraud—in the kitchen and on the page. I accepted the notion that memory is not static. Like a good recipe or novel, it changes along with us. And so do the results.

Caleb Johnson is the author of the novel Treeborne, now available in paperback. He grew up in Alabama and teaches at Appalachian State University. 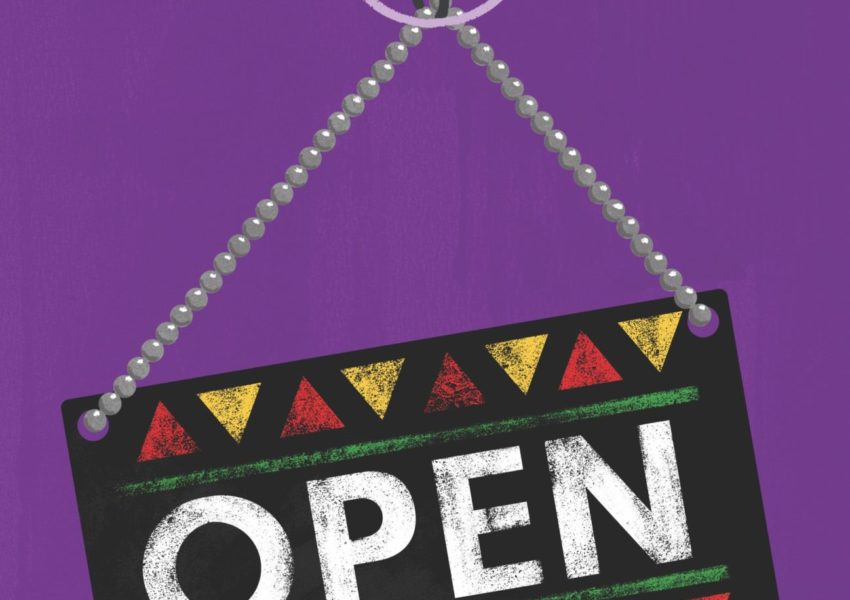