James Willis of Memphis, Tennessee, began tending the pits at Leonard’s Barbecue – the purported originator of the Memphis style sandwich – in 1938. Until very recently you could catch him in the pits most Thursday mornings.

Mr. Willis is an archetypal Southern pitmaster. He has, for the great majority of his career, worked in obscurity, tending the pits day and night, cooking the best pork barbecue he can.

This year we honor his legacy and, by way of the interview excerpt that follows, we honor his words and his deeds. Following is an excerpt from oral history done, in 2002, by SFA graduate student Brian Fisher.

I started working for Leonard in’38. I was about 14. I was born in ‘23 and that was thirty-eight. At that time you know, times were tough. You got your little old job, you kept it because you had so little money you know. Back then folks were working for five and six dollars a week. I started working for Leonard for seventy cents a day. That’s what they paid me to pick-up trays, seventy cents a day. I was glad to get that. Some people wasn’t making that.

I was picking trays. You know. They used to carhop…Well I was working and I picked the trays up off the cars and bring them back take the mess off. We had a gentleman cooking named Tom Tillman…I stayed on one street and he stayed on the next street. He’d holler at me and I’d holler at him. When I wasn’t doing anything, I’d go out there and sit with him. And that’s how I learned.

People will tell you about barbecue. Anybody can cook barbecue. I’m not lying about it.

It just takes time, if you’re cooking it. But now you can have a place here and I can have place here. And this man here making sauce and go down here and get that man’s meat. I can come here and get this man’s meat. And I can make me a sandwich and put that sauce on either one of them and you can’t tell the difference. See, your sauce is your barbecue. 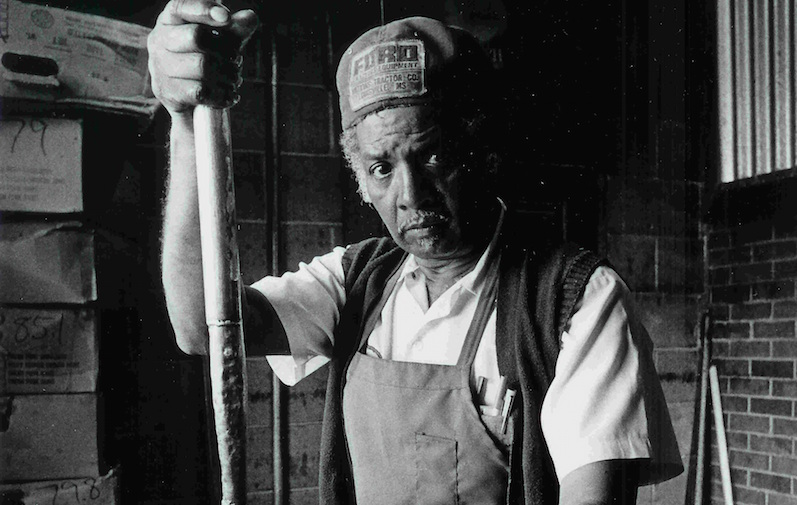