Meet the Hardy Family, of Hardy Farms in Hawkinsville, Georgia. In 2011, Brad Hardy and Ken Hardy, Jr. traveled to Oxford to accept the Ruth Fertel Keeper of the Flame Award.

Brad and Ken Jr. operate a family peanut farm with their father, Kenneth Hardy, and several uncles. They are known all over South Georgia for their boiled green peanut stands. They only sell when green peanuts are in season, and the trick to their famous boiled peanuts—according to locals—is letting them sit in the brine for a good while to soak up salt.

Ken Jr. says that boiled peanuts are just a part of their culture. They’re like crawfish in Cajun Louisiana or oysters in Florida. He’d hate for his kids to never have the taste of a good boiled peanut. 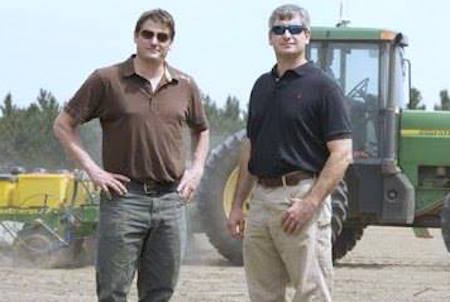