Each fall, the SFA, with support from the Fertel Foundation, honors an unsung hero or heroine, a foodways tradition bearer of note, with the Ruth U. Fertel Keeper of the Flame Award. Through production of a documentary film, SFA pays homage to their life and work.

This year, though the Joe York film, “Table of Ideas” SFA documents and celebrates the life and work of Adrian Miller, author of two (soon to be three) books on African American culinary culture and chronicler of black foodways knowledge and narratives.

Trained as an attorney, Miller served in the Clinton White House as deputy director of the President’s Initiative for One America. Miller returned to Colorado to work at the Bell Policy Center and, later, for Colorado Governor Bill Ritter, Jr.  He now serves as executive director of the Colorado Council of Churches, where he is the first African American and the first layperson to hold that position.

Over the last decade, Miller has made a close study of American foodways. That work has resulted in groundbreaking nonfiction works that exhume and celebrate the lives of African American cooks, pitmasters, restaurateurs, waiters, and waitresses.

Soul Food: The Surprising Story of an American Cuisine One Plate at a Time, his 2013 book, won a James Beard Award for reference and scholarship. Miller’s second book, The President’s Kitchen Cabinet: The Story of the African Americans Who Have Fed Our First Families, from the Washingtons to the Obamas published in 2017was nominated for a NAACP Image Award for. Miller, who has served on the SFA board, and has spoken frequently at SFA events, is now at work on Black Smoke, a book that will mark and celebrate the significant contributions that African Americans have made to barbecue culture in the United States.

For his work telling important stories of comparatively unheralded figures, and for his belief in the power of narrative to positively change the South and the nation, the SFA proudly awards the 2018 Ruth U. Fertel Keeper of the Flame Award to Adrian Miller. 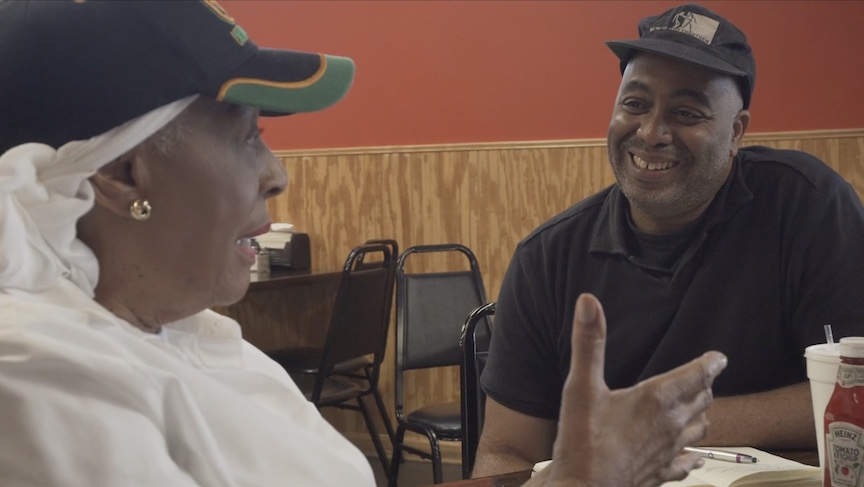