In February of 1970, a full-page paid advertisement appeared in newspapers across Eastern Kentucky. “Beauty is a Biscuit,” declared the headline. A visceral and angry litany followed, aimed against politicians and “high minded birdwatchers” who showed concern over the environmental damage caused by strip-mining. 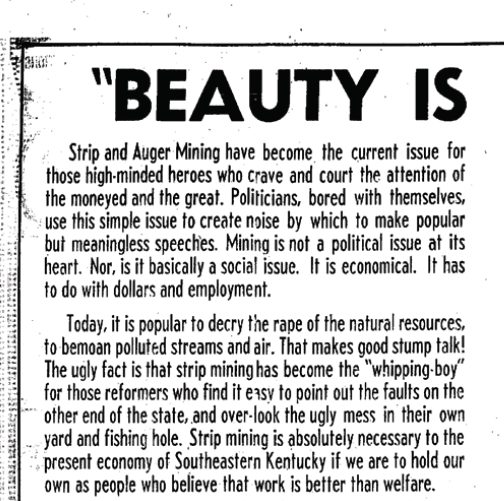 Beauty Is a Biscuit

Food and power in the coalfields

This piece originally appeared in issue #51 of our Gravy quarterly. The author, Lora Smith, splits her time between Greensboro, NC, and Egypt, KY. She studied folklore at UNC and oversees communications for the Mary Reynolds Babcock Foundation.

In February of 1970, a full-page paid advertisement appeared in newspapers across Eastern Kentucky. “Beauty is a Biscuit,” declared the headline. A visceral and angry litany followed, aimed against politicians and “high minded birdwatchers” who showed concern over the environmental damage caused by strip-mining.

The rhetoric was terrifying. If the mining industry were to fail, dependence, starvation, and mass exodus would follow in the Eastern Kentucky mountains. At its crescendo, the manifesto argued that real beauty lay in mining coal from the “bellies” of the mountains—and specifically, in the food that mining put in the bellies of local people. 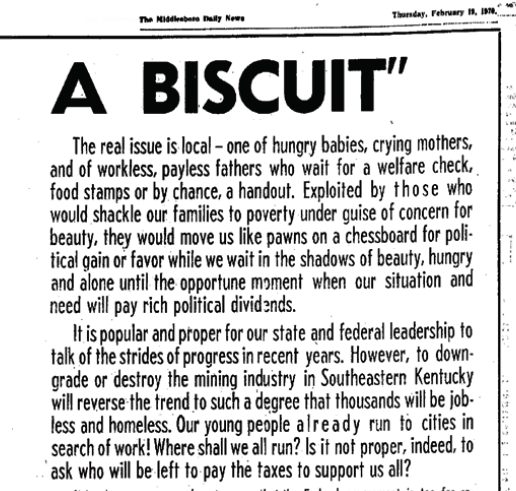 The names of two companies—Oxygen Inc. and the Delaware Powder Co.—claimed the largest text block on the bottom of the page. Based in Pineville, Kentucky, Oxygen and Delaware Powder were local employers that provided explosives for strip-mining operations. (In strip mining, part of a mountain is blown up to reveal a subterranean coal seam.)

The campaign responded to a contentious moment in Kentucky’s history, when the coal industry confronted local resistance. Much of the tension arose from the so-called broad form deeds that coal companies used, assuming ownership of the minerals below a property’s surface. According to the language of these deeds, individual landownership covered only the “surface and air” of a piece of land—not the valuable minerals underneath. Once strip-mined, the landowner’s entire property was destroyed. 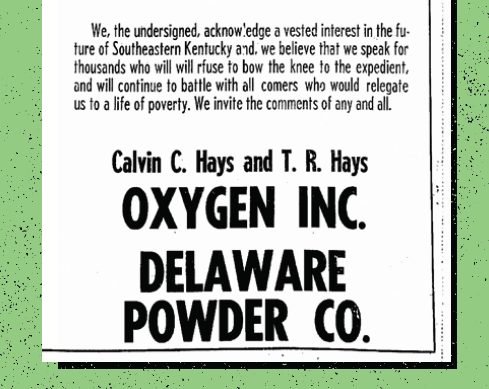 Dee Davis, president of the Center for Rural Strategies in Whitesburg, Kentucky, was a teenager in Hazard at the time. He remembers seeing the ad in his local paper. “It was an unsettling time—people were angry. Large-scale strip mines were coming, and it was a big public fight. The people that were powerless were often the landowners.”

While federal regulatory interventions were also taking place and would continue through the 1970s, Davis says the anger wasn’t aimed at the federal government. “They were really talking about people in Louisville and Lexington. The coal operators were creating a cultural battle, trying to make people here feel disrespected by some imaginary city elite that wanted to keep the mountains beautiful and didn’t care if that meant someone starved to death.”

The length of the ad was part of its brilliance. The cramped page of varied-sized text demanded an intense level of engagement. “If you gave it the time to read the whole thing, go through the author’s whole logical process, you were going to be changed by it,” Davis says.

People who had the time to read the paper were the primary target audience. “It was intended for the Appalachian middle class,” says Davis. “People who lived in town—shop owners, professionals, business people with political influence.” These were the people whose pocketbooks would be hit if coal workers lost wages or moved away.

A biscuit sits at the center of both a real and imagined class struggle. Biscuits have long been signifiers of class in the mountains. The “beaten biscuit crusade,” a movement by teachers at the Hindman Settlement School in Knott County, Kentucky, tried to convince mountain women to replace cornbread with the more expensive and labor-intensive beaten biscuit. This history begs the question of why the advertisement’s authors didn’t choose cornbread, the traditional bread of the people, over the biscuit.

What is important about the biscuit in this context is its potential absence. The text reads, “The real issue is local- one of hungry babies, crying mothers, and of workless, payless fathers who wait for a welfare check, food stamps or by chance, a handout….” The campaign allowed the local middle class and working poor to unite against much wealthier “outsiders” supposedly trying to starve them all out.

The absence of food in some Appalachian coalfield communities, and the causes of that absence, are as worthy of research as the roots of shucky beans and sour corn. Government commodity foods, processed foods distributed by relief agencies, and changes to national food policies deserve future study.

Likewise, environmental issues, including the loss of access to topsoil and potable water, have profoundly affected foodways in communities impacted by mountaintop removal. Without clean water, we can’t drink or cook safely. Without our topsoil for growing food, we can’t eat.

The struggle over land use in Appalachia is not as simple as the Beauty is a Biscuit campaign suggests. It is not a choice between a biscuit for hard-working local people or a beautiful landscape for the big-city bird watchers.

Nor is the issue exclusively local. Coal and gas-rich communities in Eastern Kentucky provide families in many parts of the country the energy to fry chicken, braise greens, and bake pies. Many of the headwaters originating in the Appalachians feed the greater waterways of the Southeast, including the Mississippi River. Our plates are all connected back to the soil and water of the mountains. Ignoring the connection means depriving ourselves of the richness of an interconnected Southern table and ecosystem.

Today only 7,000 men and women work mining jobs in Kentucky. While external factors—diminishing coal resources, competition from natural gas—drive most of the decline in production, industry PR is still creating villains out of regulators and imagined elites. The industry-driven “Friends of Coal” campaign has been successful, positioning locals against strangers who are presumably not “friends” with coal and coal miners.

We have the chance to re-imagine a mountain table where no one goes hungry, a table set for a new sustainable era in which soil and water are seen as our greatest natural resources. A table piled high with locally grown food. A table where our biscuits get buttered on both sides.

That would be a beautiful biscuit. A biscuit worth fighting for.

Image: “Beauty Is a Biscuit,” portions of newspaper advertisement reprinted from the Middlesboro Daily News, February 19, 1970. Click here to read the ad in its entirety. 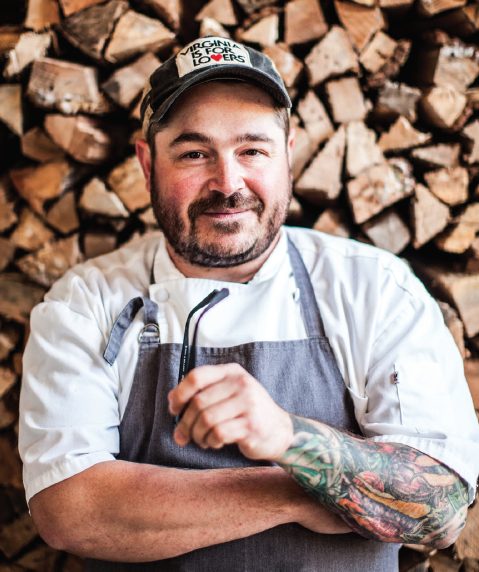 An interview with Sean Brock, who earned his James Beard Award at the helm of McCrady’s in Charleston, South Carolina,… 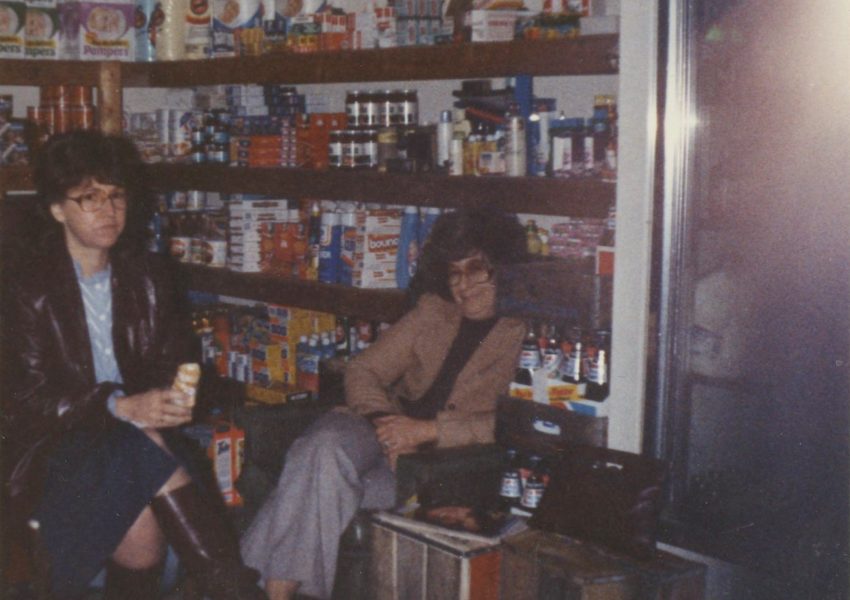 Many people I know now scoff at the very idea of eating baloney, much less pickled baloney. They do not understand that…