THE ROOTS OF FOOD INEQUALITIES

Beyond the food desert narrative

On April 15, 2015, I traveled from Memphis to Ferguson, Missouri, in solidarity with activist friends in the Fight for $15 campaign. The movement is committed to raising the minimum wage to $15 an hour and securing union rights for fast food and home healthcare workers. The choice to rally in Ferguson was no accident. After the murder of Michael Brown and the failure to indict the officer who killed him, Ferguson became an important site and symbol of Black Lives Matter. Hundreds of protestors from St. Louis, Little Rock, Memphis, and other Midwestern and Southern cities filled the intersection at West Florissant and Ferguson Avenues. A parked white car, on which a protestor had handwritten no justice no peace, i can’t breathe, and be the change, blocked the street. Someone had draped a United States flag over the roof. The driver honked the horn continuously while protestors chanted for black lives and shouted for fair wages. A protestor from Memphis recognized me and asked if I was alright. “This might get out of hand,” he said over his shoulder, as he jogged toward a nearby McDonald’s.

As a trained ethnographer, I am accustomed to weaving in and out of crowds, taking mental notes about the surroundings and conversations, snapping photos, and building relationships with those around me. I entered the field in 2012 as a PhD candidate with the anthropologist’s standard toolkit: a recorder, a small notebook, a set of carefully crafted interview questions, a host of neighborhood residents who vouched for me, and a curiosity that drove participant observation. According to my dissertation committee, I knew enough anthropological theory and methods to conduct research. I was trained, but I was not prepared.

I was trained, but I was not prepared.

Early in my Washington, DC, fieldwork, residents shifted my research plans. They would tell me where they shopped and what they ate, but they did it on their own time, in their own ways. This often meant that I learned about family histories, relived experiences with the criminal justice system, and listened to social commentary about the ways gentrification brought increased commercial attention to their neighborhood, displacing elderly residents who could not afford to pay increasing property taxes.

During my fieldwork, I walked alone on DC streets that I was supposed to fear. I entered slumlord-owned apartments with cinder block walls and low lighting. I followed people and their stories wherever they took me.

But Ferguson was different. Not because of boarded buildings or crumbling infrastructure. Not even because of the crowd, though I sometimes felt intimidated by the sheer numbers. As I looked around at protestors fighting for dignity and economic justice, the lessons that my research participants taught me crystalized. The predominantly black crowd demanded fair wages, shouting, “I work! I sweat! Put fifteen on my check!” We yelled, “Black Lives Matter!” with conviction. The chants alternated, signaling two overlapping movements. Protestors shared space and joined forces. I questioned how I and others who conduct research on food access could move forward with an understanding of, and commitment to, connecting different forms of injustice.

In Ferguson, the intermingled fight for racial justice with economic justice reflected what I learned in the field: People’s lived experiences aren’t distinct academic categories and rarely fit into any one theory of human behavior. Some of my research participants in DC, like some residents of Ferguson, live in the space where economic, food, and racial inequalities collide. They are not unlike many other African Americans across the country. According to the Economic Policy Institute, the median household income for black Americans was $36,898 in 2015, compared to $62,950 for whites. Even at the neighborhood level, research has continuously demonstrated that black middle-class neighborhoods have lower home values and less access to resources than their white counterparts.

Like Ferguson, many US cities bear residual marks from prejudicial lending, racial residential segregation, disinvestment in city centers, and white flight. Supermarkets relocated many of their stores to suburban areas, where they believed they would be more profitable. What we know as “food deserts,” neighborhoods with at least 500 residents living at least one mile from a full-service grocery store, are in fact products of the sixty-year development of the suburban alternative to city living. As white people chose suburbs, the economic landscape of cities changed. In 1967, Federal Trade Commissioner Mary Gardiner Jones articulated a “revolution of rising expectations.” As consumer culture paraded new products, businesses—including supermarkets—made them increasingly out of reach for city dwellers. The one-stop-shop model evident in suburban strip malls complemented middle-class white flight.

Today, we witness and attempt to eradicate contemporary food inequalities that are rooted in racism. They are intimately connected to the same forces that produce over-policing and unequal neighborhoods. Urban, predominately black communities navigate systemic failures shrouded in illusions of personal responsibility. They hope that dressing the part or working extra hours (or buying organic produce) can somehow atone for the effects of racism on the body and spirit.

Protestors show us how to pay attention to multiple issues at once. They demand it of us researchers, advocates, and activists.

These separate, but overlapping justice-centered efforts are not in vain. When people put their bodies on the front line, risking their freedom in pursuit of a fairer world, they highlight the complex ways in which inequalities shape neighborhoods, wages, job security, and food access. On the ground, protestors show us how to pay attention to multiple issues at once. They demand it of us researchers, advocates, and activists. To create a world in which everyone has equal access to fresh, affordable, healthy food, we have to grapple with the roots of racism that produce the fruit of inequality.

It is not enough to know where grocery stores are located or how people acquire the food they choose. Food access does not begin and end with the supermarket—it reflects societal ills that manifest in several ways. Recognizing this issue as part of racial and economic justice brings us in conversation with researchers, advocates, and activists who challenge our beliefs. If we are intentional, perhaps we will be one step closer to eradicating the roots from which inequalities in the United States grow.

Ashanté M. Reese is an assistant professor of anthropology at Spelman College, where she contributes to the new food studies program. She is working on a book manuscript entitled Between a Corner Store and a Safeway: Race, Resilience, and Our Failing Food System. 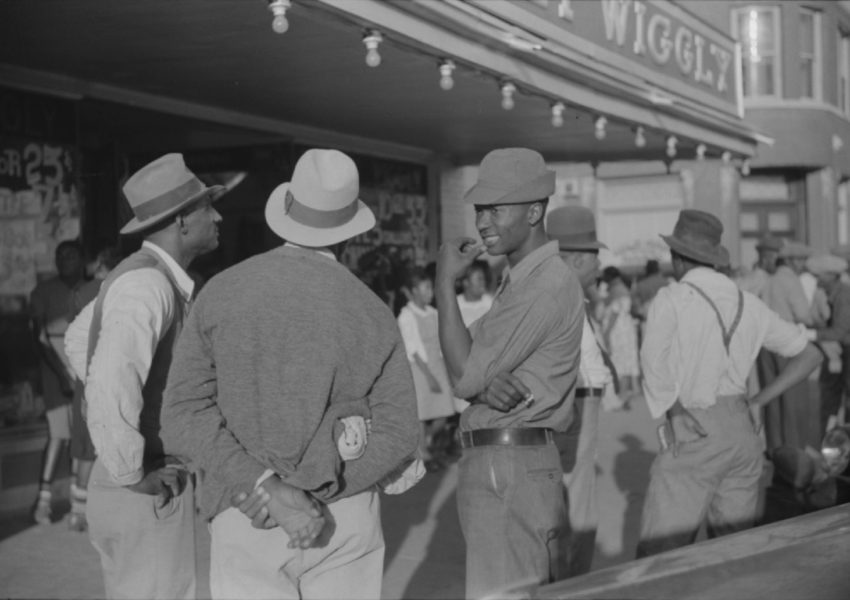