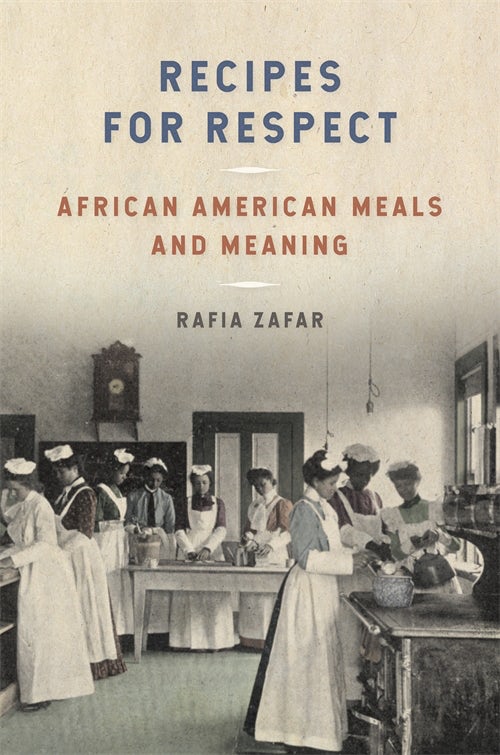 Food studies, once trendy, has settled into the public arena. In the academy, scholarship on food and literary culture constitutes a growing river within literary and cultural studies, but writing on African American food and dining remains a tributary. Recipes for Respect bridges this gap, illuminating the role of foodways in African American culture as well as the contributions of Black cooks and chefs to what has been considered the mainstream.

Beginning in the early nineteenth century and continuing nearly to the present day, African Americans have often been stereotyped as illiterate kitchen geniuses. Rafia Zafar addresses this error, highlighting the long history of accomplished African Americans within our culinary traditions, as well as the literary and entrepreneurial strategies for civil rights and respectability woven into the written records of dining, cooking, and serving. Whether revealed in cookbooks or fiction, memoirs or hotel-keeping manuals, agricultural extension bulletins or library collections, foodways knowledge sustained Black strategies for self-reliance and dignity, the preservation of historical memory, and civil rights and social mobility. If, to follow Mary Douglas’s dictum, food is a field of action-that is, a venue for social intimacy, exchange, or aggression-African American writing about foodways constitutes an underappreciated critique of the racialized social and intellectual spaces of the United States.