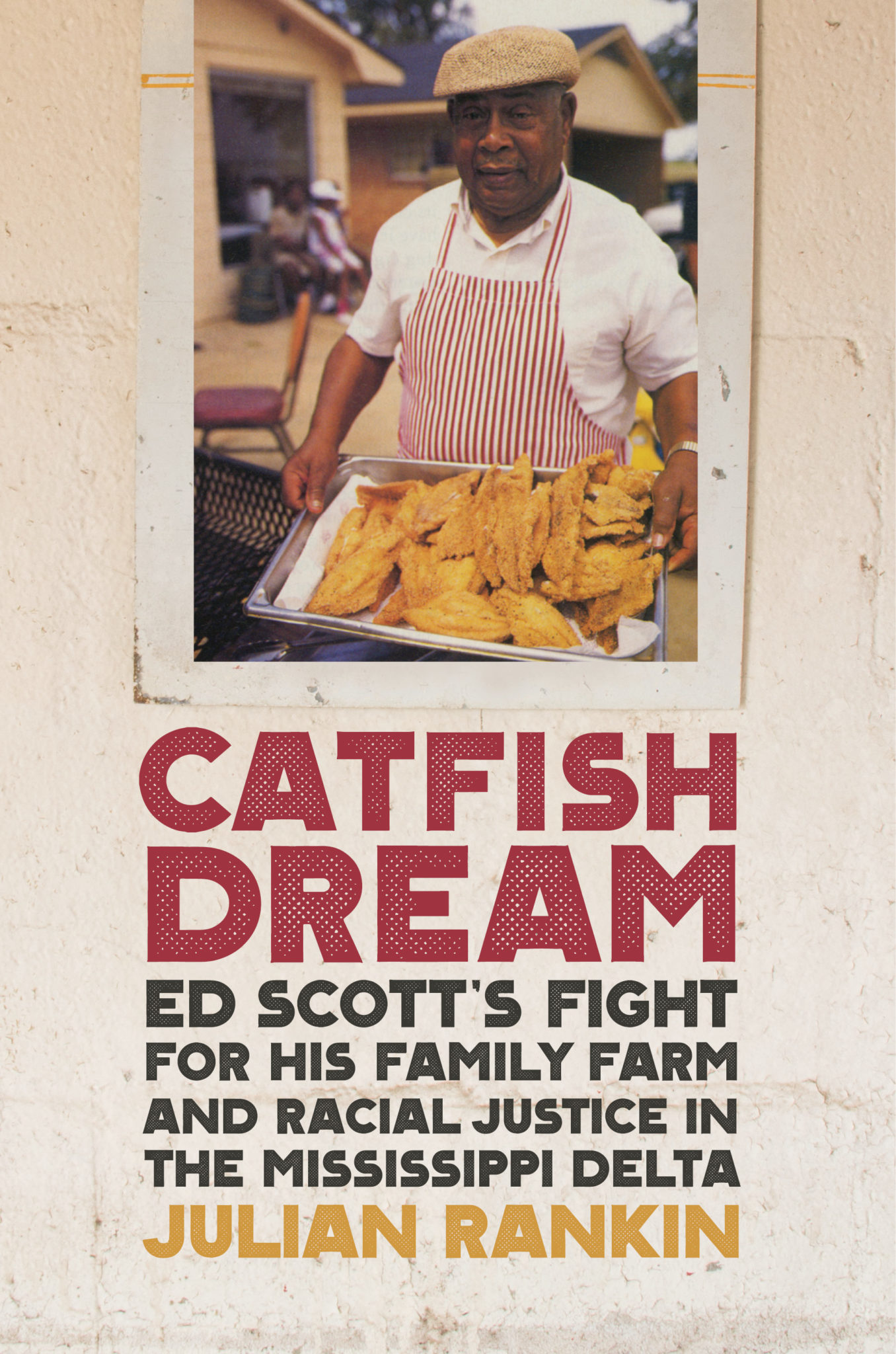 Catfish Dream, authored by Julian Rankin, centers around the experiences, family, and struggles of Ed Scott Jr. (born in 1922), a prolific farmer in the Mississippi Delta and the first ever nonwhite owner and operator of a catfish plant in the nation.

Both directly and indirectly, the economic and political realities of food and subsistence affect the everyday lives of Delta farmers and the people there. Ed’s own father, Edward Sr., was a former sharecropper turned landowner who was one of the first black men to grow rice in the state. Ed carries this mantle forth with his soybean and rice farming and later with his catfish operation, which fed the black community both physically and symbolically. He provides an example for economic mobility and activism in a region of the country that is one of the nation’s poorest and has one of the most drastic disparities in education and opportunity, a situation especially true for the Delta’s vast African American population. With Catfish Dream, Rankin provides a fascinating portrait of a place through his intimate biography of Scott, a hero at once so typical and so exceptional in his community.