As told to Rien Fertel by Anthony Arceneaux

Anthony Arceneaux, born in 1962, hails from Rayne, Louisiana, an agricultural community twenty miles west of Lafayette. As a teenager, he began farming rice and crawfish with his father, Luther Henry “Hawk” Arceneaux.

Hawk’s crawfish restaurant opened in 1982, the same year Anthony’s daughter, Meg, was born. Today, Anthony continues to run Hawk’s, which is open only during crawfish season—usually February through May. In 2015, Meg started Hawk’s Boil Up, a mobile operation that takes her family’s crawfish on the road for weddings, festivals, and backyard boils. Hawk’s crawfish are big. And clean. It’s the sorting and purging that sets them apart, explains Anthony. The steps he and his employees take before the crawfish even reach the kitchen are what keep loyal customers coming back for three-pound servings, year after year. 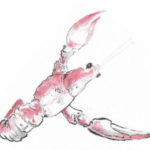 Farming started getting bad in the late seventies. The rice industry took a turn for the worse price-wise, so they had to look for something else to make ends meet. That’s how crawfish came into the picture.

My dad, when we were little kids, we always had crawfish ponds. We weren’t selling much crawfish, but we always had a pond or two for family use. When we’d get off the bus when we’d get home from school, my dad would be boiling crawfish that he went and caught that day for us to eat in the backyard. He was real particular about cleaning crawfish. Rinse and rinse and rinse and rinse. We’d have got off the bus, we was starving to death, and it’d take him so long because he made sure that there was no little grass or dirt or anything in the crawfish.

My first crawfish sale myself was when I was in the second grade. I caught my schoolteacher two sacks of crawfish, and I sold them for $8, and that $8 lasted me just about all summer. I was the richest kid in the neighborhood. But that proved to me that you could make a few dollars with this. So all through high school, every now and then somebody would want a sack of crawfish, I’d catch them. And that’s how I kind of learned the business side of it.

I was emancipated so that I could borrow money from Farmers Home Administration back in 1978. At fifteen years old, I borrowed a whole lot of money to jump in the crawfish business.

Now, what you have to understand is back then in the seventies, there was hardly any markets for that. Not that many people ate crawfish, just local people. So the first couple of years, between the two of us, we had probably about 700 acres of crawfish. We couldn’t even get rid of all of them. I sold crawfish by the truckloads, I can remember, for fifteen cents a pound.

After about three or four years of this, my dad—he had a building over here—he decided, “Let’s try to open up some type of little café or something so we can move our own crawfish, at least some of the better ones.” We only had nine tables.

About that time when we started renovating the little building, somebody had told him that Texas A&M University had devised a system that would clean crawfish. So we called one day and we spoke to the professor that was kind of in charge of that division, and he told us, “Y’all come Saturday, and I’ll show you. I’ll give you a tour of what we doing.”

So we went out to Texas A&M, and when we got there, their system that they clean crawfish was very small. It was only like maybe 4 foot wide by 8 feet long. And we seen everything they were doing to it. So we came back and built a facility over here much, much bigger. My dad was always on the cutting edge. He always would take chances. If he thought something would benefit or work out different or a better product, he didn’t mind spending money and jumping in headfirst to see if it would work or not. The first facility we had was probably 60 feet wide by, oh, probably 80 feet long. We could purge thousands of pounds of crawfish.

Everything is handpicked. Everything is hand-graded. We don’t have a mechanical grader. We have people that do this all day long. [The crawfish] has to be in the perfect physical shape to have a chance of surviving through this process. So these people that grade with a mechanical grader…it beats them up, and when they get here, they’re already in poor shape to start off with. That’s why I try to buy good crawfish directly from the farmer, directly from the field.

When you purge crawfish, it’s hard on the crawfish. You have to pump a lot of oxygen in the water. Basically, you’re starving them. You’re not giving them anything to eat until they digest everything. It takes a crawfish a certain amount of time to digest. It’s just like humans.

You hear people saying, “Well, I clean mine. I purge mine right before I cook them. I put salt in there.” Crawfish is a freshwater crustacean. If you put salt in the water, you’re killing them right before you’re cooking them. He’s going to spit up what he has in his mouth, and that’s not the part that you’re eating. You’re eating the part that’s on the south end, way in the back. And it has to go through a process, a digestive process, to get clean. So you’re cleaning everything. You’re cleaning the gills out. People suck heads. That’s full of mud. The vein in the tail is the last part. What we do is we start from the tip, and when it’s finished going out the back end, that’s when we ready to cook them. Sometime it takes twenty-four hours when the crawfish are young, tender, but in the latter part of the season, forty-eight hours it takes to do a complete purge. 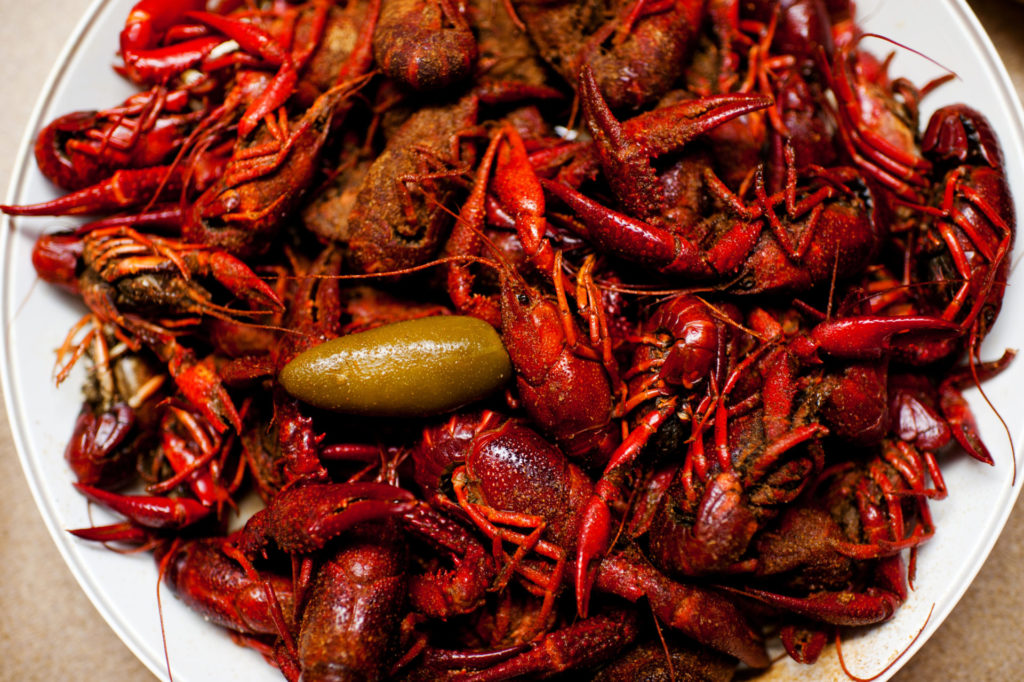 I’ve had times when your oxygen gets low, I’ve lost half of them, 50 percent. On average, you can figure about 18 percent you’re going to lose, that won’t make the purging system. It’s hard on them. That water is so turbulent that it looks like they’re boiling in the water, but it’s cold water.

The very first time we did some, we took them out and we boiled them, and it was amazing. We couldn’t believe the taste was so much different. Most people that don’t purge, they add a lot, a lot of seasoning and spices, and all that does is to kind of camouflage the taste of those unpurged crawfish. Crawfish actually taste good if you can get them good and clean. 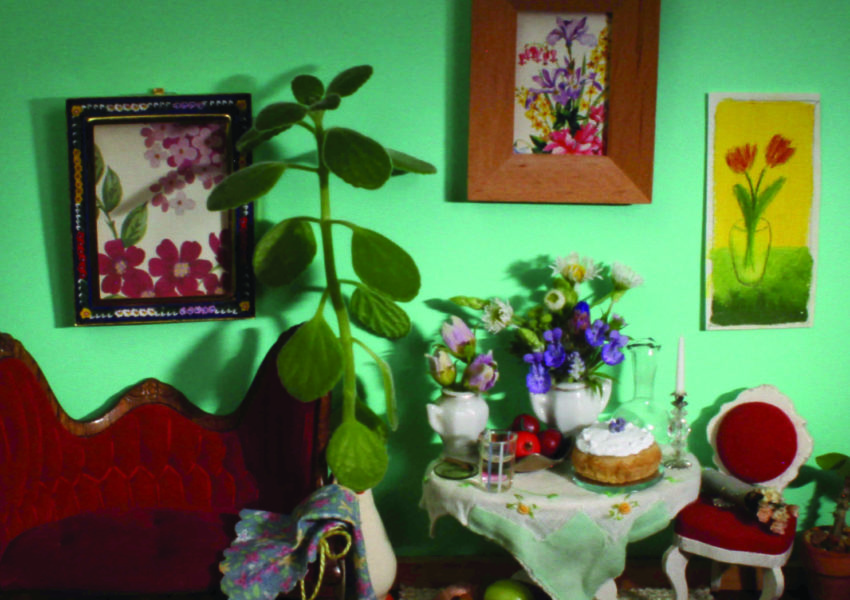 Ancestors always eat first. So I cut a big slice of sour cream poundcake and place it on the altar dedicated to my… 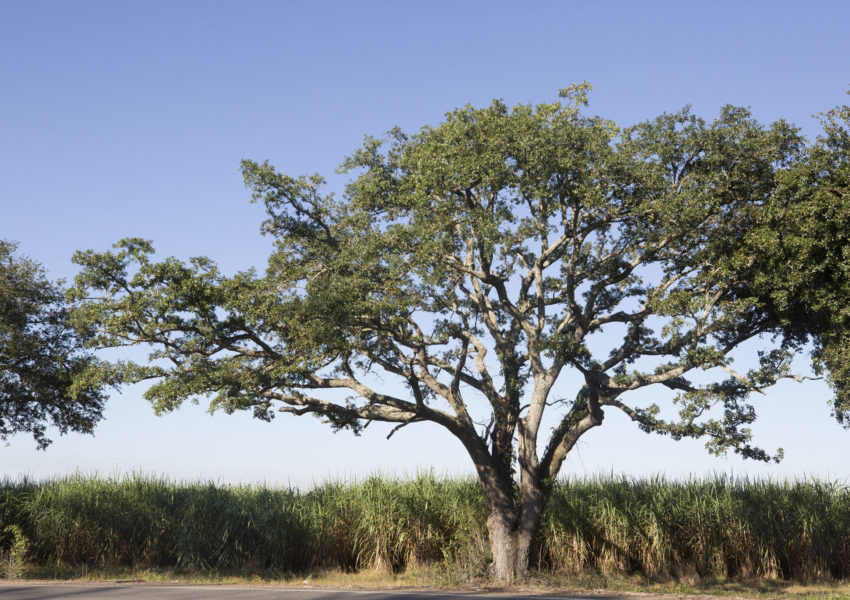 All that remains now of the place called Hard Times are the stories of the people who lived and worked and died there.