Kelly English is a New Orleans–born chef who owns and operates three restaurants in Memphis. He is also the chef of Magnolia House at Harrah’s Gulf Coast Casino in Biloxi, Mississippi. On Monday, March 9, 2020, as his industry and his adopted city began to reckon with COVID-19, he started keeping a journal for the first time.

English told Gravy: “Every decision I have made has been with the goal of bringing back the whole team as soon as possible. I don’t think I’ve made any completely poor decisions, but I wanted to keep track of what I would have changed. As this started, I noticed myself being drawn to certain music, so I kept a record of that, too.”

On March 16, English closed dine-in operations at all of his Memphis restaurants. Fino’s switched to curbside service. Iris and the Second Line, located next door to each other, merged under the name Iris Etc., to provide family-style meals for curbside pickup or delivery.

I woke up early (if you call what I had been doing for the last few nights sleeping) to record a podcast with Jennifer Biggs for the Daily Memphian about the state of the restaurant business. She had to stop recording several times for me to regain my composure—I was a mess, and I hadn’t expected to be. I was saying things out loud that I had only said to myself before. Part of the game of restaurants is the projection that everything is great, even when it isn’t. I felt like I was eulogizing someone who had not passed yet.

We announced yesterday that we would begin self-delivery today, with no ties to the usual suspects that have apps on iPhones. I want to maximize the number of people we can employ instead of giving any of our revenue to third-party delivery services. We have never tried to do anything like this before, but our director of operations, Pat Gilbert, and our marketing director, Caleb Sigler, and I had been planning for weeks. Our present and past employees and my business partners have given too much of themselves to all our restaurants for us to be caught unprepared. Until yesterday, I hoped to be laughed at for overreacting.

I watched as public officials gave a mixed message: They discouraged people from eating in restaurants, without actually telling the restaurants to close. I wanted our employees to earn every cent they could, but it became increasingly clear that business as usual was no longer tenable.

Early this afternoon, the President haphazardly announced that gatherings should be limited to ten people or fewer. It was obvious to me where this was going. I immediately knew what I was going to do, but I still wasn’t prepared. Iris, the Second Line, and Fino’s became the first dining rooms in Memphis—maybe in Tennessee—to close to the public. We made the announcement via social media five minutes after the President’s press conference.

I immediately thought of my business partners, and what it must be like for someone to proactively shut down your investment before being ordered to do so. I sent most of the staff home, and those of us who remained began taking delivery orders. We were walking over an invisible bridge, and I had to show my team that I was confident and knew exactly where to step. I was more determined to be a leader than a chef right then.

In the car on the way back from my last stop around dusk, I pulled over to wipe my face of the tears. I tried to compose myself and plan for tomorrow. I looked across the street at a restaurant that was trying to stay open with nobody in it. It dawned on me that, because of the limit on gatherings, tomorrow I will have to do something I never dreamed of. I will ask the managers to lay off almost their entire staffs, and when they are done, I will have to lay most of them off. I stepped out of the car and vomited from anxiety. I know I cannot take care of our employees if our doors are closed, and I want my team to be as close as possible to the front of whatever line they are about to have to get in. I hope they will understand.

I also knew that that to keep our business alive, I was going to have to be the face of what we were going to do. That means going out in public, in situations where I am likely to be exposed to the virus, to fight to have a job for them to come back to—which also meant I would have to stay away from my girlfriend for the foreseeable future.

Music: I listened obsessively to “Tomorrow” from the Annie soundtrack.

Fino’s is open for curbside pickup, and we are feeding 600 frontline workers, out-of-work hospitality professionals, and people without homes every day through partnerships we have struck with local businesses and citizens to cover our costs and keep people employed. Over at Iris and the Second Line, we are delivering food all across the Memphis area, including parts of Arkansas and Mississippi. We have found ways to continue to only deliver using in-house resources, rehiring a few of both our front- and back-of-the-house team members. I am almost solely at Iris and the Second Line, outside of helping with the relief deliveries. We have fourteen people on the payroll now.

The team that is left goes through moments that I am not qualified to mitigate. We all have enormous stress that metastasizes into frustration directed at each other. Everyone is tired and everyone is having trouble seeing the hard work that the others are doing. It feels as though there is a giant scoreboard in the room where we box food for delivery—the same room where dressed-up diners used to linger happily over their meals.

I don’t think anyone who hasn’t worked in a restaurant can appreciate how stressful it is to change everything about how you operate. We are like a baseball team that became a basketball team overnight—sure, we’re athletic, but we didn’t know how to be that kind of team.

I have had my moments over the last two weeks as well. Twice, I’ve screamed myself hoarse—louder than I’ve ever booed a referee at an Ole Miss football game. Both times, I felt immense pressure. The idea of having to make another decision was nauseating. People were waiting on me, and no matter what conclusion I came to, it would leave someone absolutely enraged. Outside of work, we are all being pulled at, too. We have people here who can’t see their kids because they aren’t staying home, people whose spouses rightfully want them home, and all of us are scared for our health.

I think we’re starting to catch our groove, though. We’ve had bumps, like losing an entire walk-in cooler one night. But both of our landlords have canceled rent for April, which was the only reason that I was the only one that had to take a pay cut and we didn’t have to lay anyone else off.

Today, we received an order on our voicemail at Iris. The customers were an older couple who had lost their adult daughter to COVID-19 the day before. We were her favorite restaurant, they explained, and they wanted to order a few things that she loved from the Second Line—jambalaya and red beans and rice, specifically—to feel a connection to her. As we listened to the message, all the unnecessary stress left the room.

I took the meal to the family myself. When I got there, I put the food on the porch, called them, and backed up several feet. They came to the door together, a mother and father a little younger than my own parents. We just looked at each other for a minute. I told them that all I wanted to do was give them a hug, and I could not. They told me about their daughter—how she loved eating out, and how much she cared about her friends and family. Then they told me that they were so sorry for what we were going through. That is when I got emotional. It put so many things into perspective for me. It reminded me why I cook and why we do what we do. Then they handed me a tip, and the mother went back inside to get something. She came back with a whole, uncooked turkey and handed it to me. I am going to cook that turkey for someone—I just do not know whom yet.

Music: The Flaming Lips album Yoshimi Battles the Pink Robots. It feels like it was written about right now. (Two lyrics from the song “Fight Test” grab me: “For to lose I could accept/But to surrender I just wept and regretted this moment” and “There are things you can’t avoid/You have to face them when you’re not prepared to face them.”) 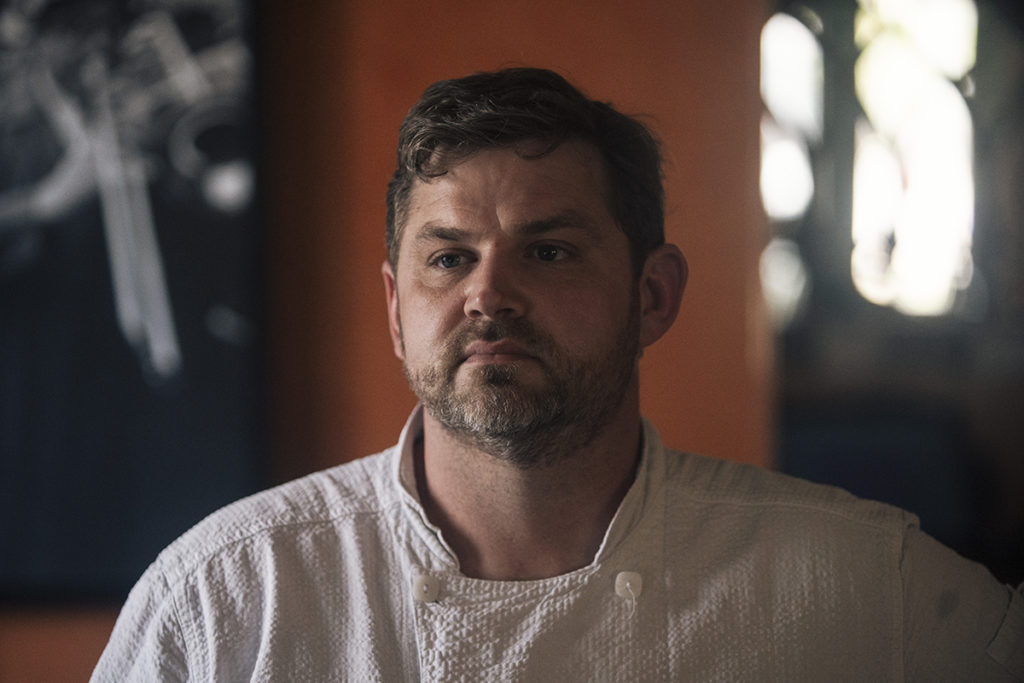 I cannot stay asleep. I cannot get my brain to stop. There is so much to plan for, and yet we cannot plan for anything with certainty. I have not fully finished anything in about a month, and this juggling act is not easy. My focus is everywhere and nowhere. Help on the way from the government cannot come soon enough, but we all have signed a dotted line that we do not know what the terms entail, because they do not even know what the terms entail. We’ve applied for a loan from the Small Business Administration, but we don’t know exactly when that help will come or what the terms will be. The pressure is unrelenting.

My dad’s COVID-19 test came back negative today. The Sunday before we closed the restaurants, I had lunch with him in our Italian deli, Fino’s. I couldn’t help but wonder if this would be the last meal I shared with the man who taught me how to appreciate food. I had a hard time getting through that lunch. I fought back lumps in my throat and tears the whole time. He saw it in me, too—how could he not? We share almost the same mannerisms, and we share the same emotional responses, albeit from different lenses.

I have so many unread emails and texts it is absurd. Friday feels like Tuesday. The days go by so slowly, but the weeks fly by like I have never seen.

I obsess over the future of the industry I love. I am beginning to believe it will never be the same. Nothing about it. I really just want to cook for someone and watch them smile and be surprised. Maybe I just want to be in control of what I think I do well.

Music: Sound & Fury by Sturgill Simpson, specifically the last track on the album, “Fastest Horse in Town.” (“That old horse just keeps on running/if he falls they’ll put him down.”)

Kelly English cooks. He really likes doing that and would not want to do anything else.

This piece is part of the Future Tense series, underwritten by Cathead Distillery. Look for a new Future Tense essay each month at southernfoodways.org. 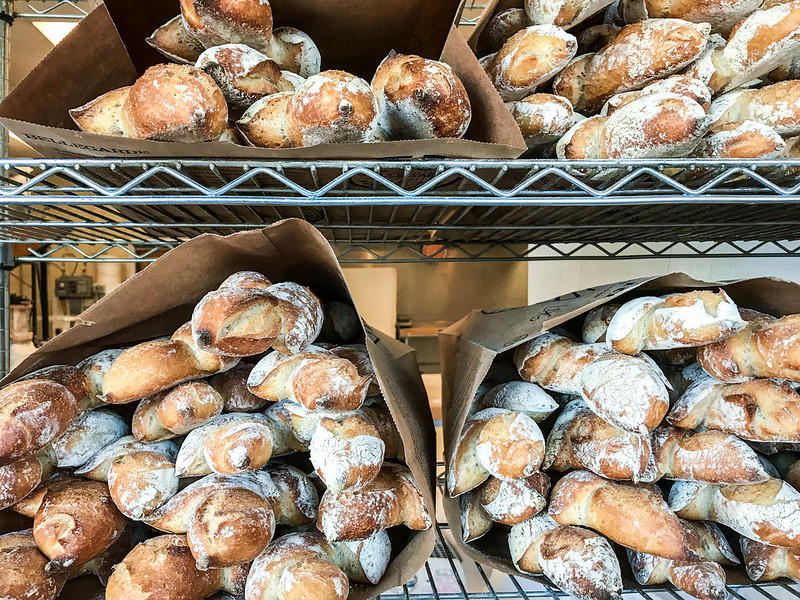 The South’s days as the new Italy are over, but there might be a way forward as the new France. 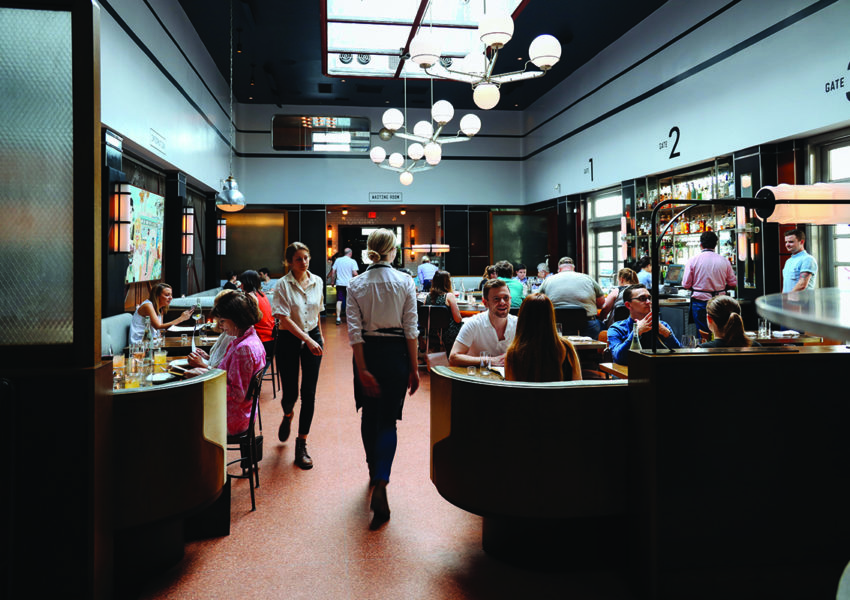 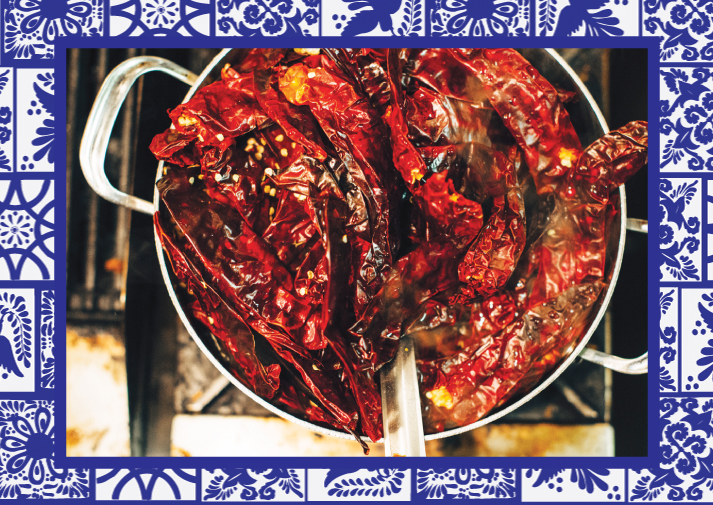 The Viper and the Tortoise

No cheese dip, no dollops of sour cream, no burritos, no fajitas...