Even during the off-season when most restaurants are closed, Eduardo’s Taco Stand is usually slammed. Depending on the time of year, the food truck that Eduardo Chávez operates on the southern tip of Ocracoke Island, North Carolina, welcomes a markedly different population.

In the fall, when the island is mostly devoid of tourists, Chávez’s customers are often Latino construction workers on lunch break. In the height of summer, every person in line is likely white. Ocracoke has historically been a white beach town, but Latinos are the new locals. At Eduardo’s, they’ve found a taste of home in his cooking.

The taco stand serves up seasonal dishes, like grilled tuna tacos and avocado gazpacho made with basil from his garden. Since opening in 2011, he says he can barely keep up with demand. During peak hours, a line wraps around his food truck.

When he first arrived on Ocracoke fifteen years ago, Chávez was one of just a few Latinos on the island. Back then, he didn’t think there was enough Latino representation, nor enough white interest, to support his Mexican food endeavor. Even after launched his business, Chávez never imagined that his truck-based take on seafood—fresh, herbaceous, citrusy—could compete with the giant fried platters offered at every other brick-and-mortar in the area. But two things happened in the last decade and change. First, the Latino population grew on Ocracoke Island. Latinos in the South are settling in areas previously atypical for immigrants, including rural places. Over the last dozen or so years, Ocracoke has gone from two percent Latino to twenty percent. Second, Chávez observed that his white customers are more open to his cuisine than he expected. Tastes have changed, he realized. So has the island. 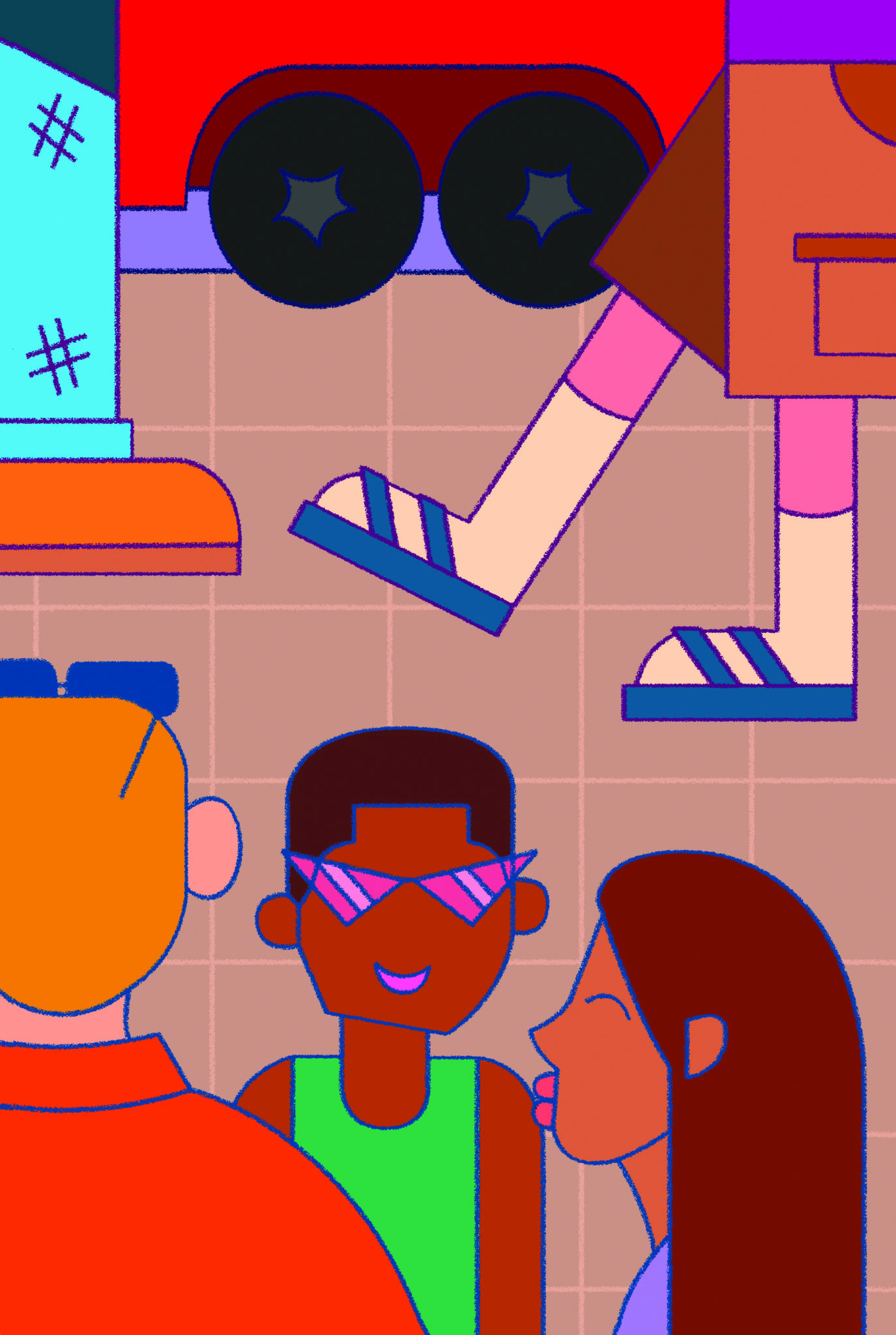 Chávez was born in Hidalgo and raised in Mexico City, where his mother sold homemade quesadillas in a small café. The landlocked capital offered Chávez plenty of opportunities as a young job seeker. He worked for Frito-Lay and owned a small stationery business with his wife, which allowed them to comfortably pay for their two children’s schooling. But their lifestyle changed dramatically when the Mexican economy went into a severe recession, spurred by the peso crisis and the North American Free Trade Agreement (NAFTA). Slowly, the Chávez family lost their business, their car, and their home. Soon after, the children’s school came calling, inquiring about tuition. In 2002, Chávez joined his cousins who lived and worked in North Carolina. Before then, he had never heard of Ocracoke.

Chávez worked multiple jobs in those early years on Ocracoke. He did carpentry in the mornings and manned a gas station at night. His afternoons were open, so he obtained a third job bussing tables at a restaurant called the Back Porch. “I was hungry to support my family and learn English—something I’m still learning,” Chávez said. “It was very difficult to jump into, but I thought: Let’s work hard.”

One night a Latino cook he had become friendly with asked Chávez to join his short-staffed kitchen crew. Chávez was shy and disliked interacting with customers while he was still learning English, so he was thrilled to transition into the solitary work of prepping vegetables behind the scenes. He made it work, despite some communication hiccups along the way. When Chávez told his boss at the construction site that he needed to leave early, he said he had a “chicken opportunity,” when he meant “kitchen opportunity.”

“Three big construction guys started laughing,” he remembers. “When they see me, they still say, ‘How’s the chicken opportunity?’”

He worked around the clock in other people’s kitchens for a decade. Then, in 2011, a friend made Chávez an offer: He had a food truck available for rent. Chávez had developed a passion for cooking, and he saw the truck as a way to recreate the flavors of Mexico that he desperately missed. Loncheras have been popular in predominantly Mexican neighborhoods of large metropolitan areas like Los Angeles since the 1970s. At the time on Ocracoke, they were a new phenomenon. Chávez was a pioneer.

During the early years, Chávez worked alone and offered Mexican fare typically seen throughout the United States—carne asada, burritos. Today, Eduardo’s Taco Stand is still parked in the same location, next to the Ocracoke Variety Store. He oversees a small staff. His menu now focuses on locally caught seafood. Chávez took the food and recipes his mother made, combined them with the local seafood offerings, and added his own touch.

He makes fresh salsas daily. He grows herbs and chiles at home. What isn’t is sourced nearby, like the queso fresco he often picks up from Virginia Beach, a five-hour drive. 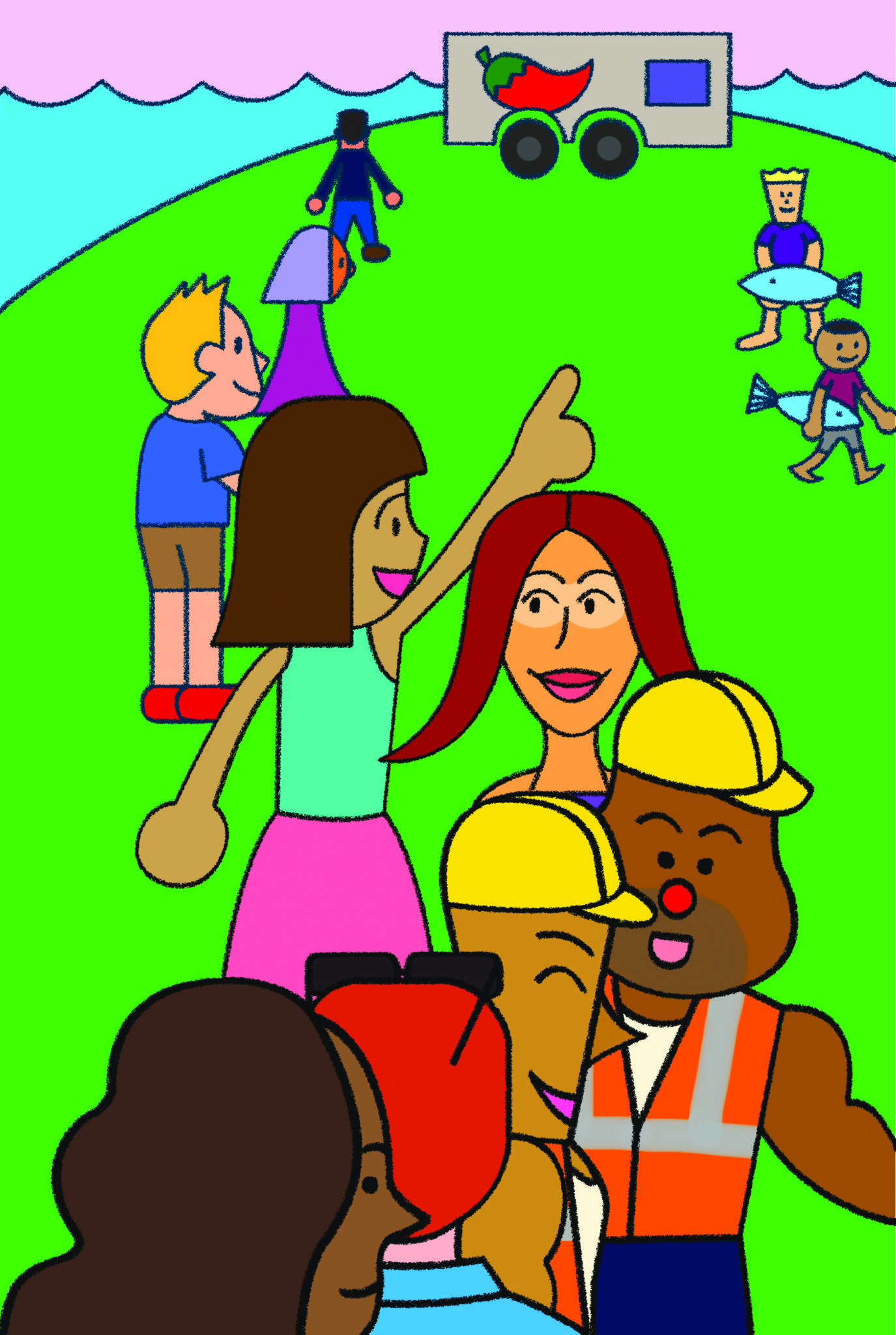 Amy Gaw is a food writer who has lived in the Outer Banks for thirty-two years. She admires Chávez for his role in the community, including how he stepped up to co-organize the island’s new Festival Latino, an annual celebration. “Chávez has become a community pillar,” Gaw says. “He’s acted as a bridge between white locals and newly arrived Latino immigrants.” Still, his efforts haven’t always been welcome.

When Chávez opened his taco stand, he placed a Mexican flag outside to signal that he was serving Mexican food. He says a white man uprooted the flag and threw it on the ground, then told him to put up an American flag instead. Chávez explained his reasoning. The man has since become a regular customer at the taco stand. Chávez admits that in spite of the stand’s success, he’s acutely aware of broad criticisms directed at Latino immigrants, especially in this political climate.

“Every four or eight years when there is a new president, there is a lot of pressure on us. It can feel like someone is pointing the finger at us,” Chávez says. “But we must work through these problems.”
Chávez is a problem solver. He raises money for neighbors who need financial assistance. He provided food for locals after a particularly bad storm knocked out electricity island-wide.

“Eduardo is a part of the island, and his food is good eating,” Gaw says. “It’s that simple, but it’s also not.”

Chávez has accepted his role as quasi-cultural ambassador. His contributions to the Ocracoke community illustrate his larger point: Immigrants like him offer this country more than just tacos. “We have to give things back to each other; not just give, not just take,” Chávez says. “For me, this is the only way.”

Tina Vasquez is an immigration reporter based in Winston-Salem, North Carolina. 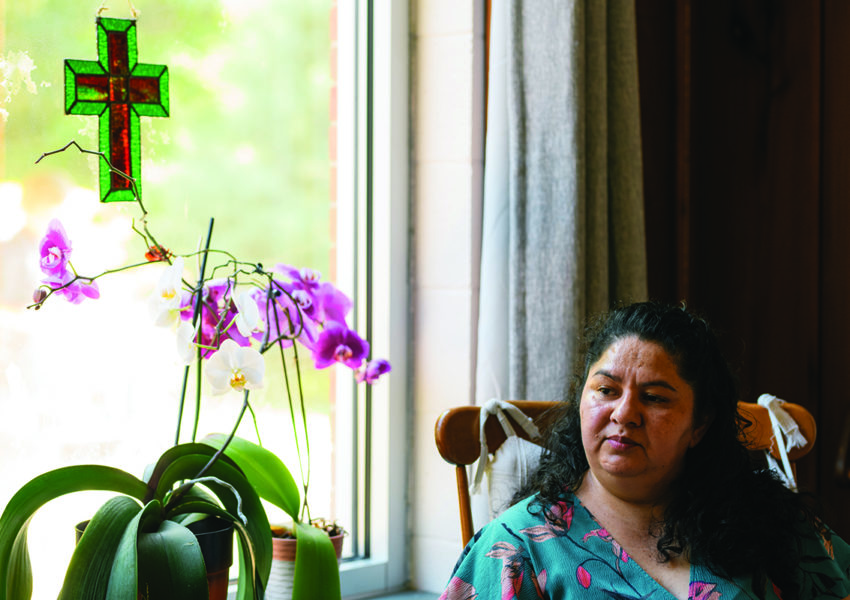 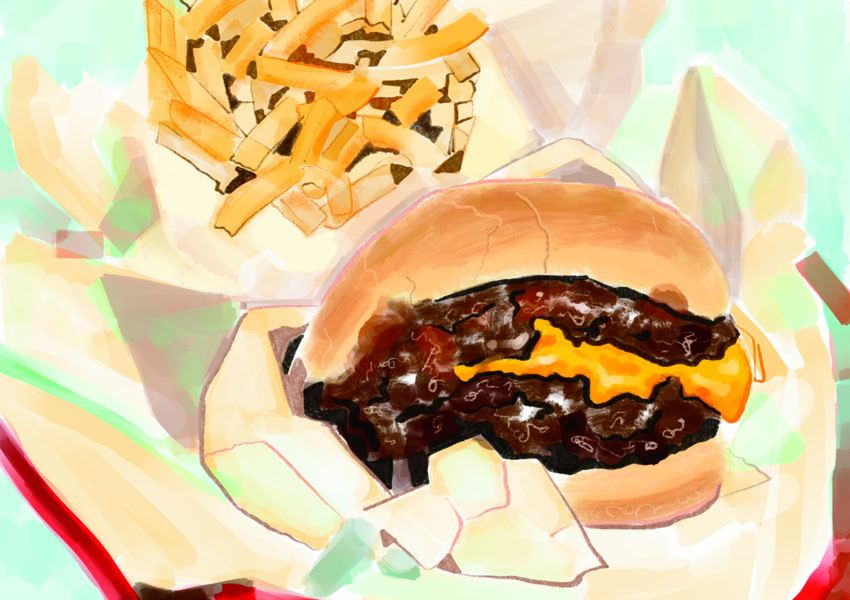