In the early 20th century, an Arkansan real estate developer named C.A. Linebarger had an idea. American was in the throes of the Great Depression, and the worst drought in recorded history gripped the heartland. Times were tough. But like many folks on the Ozark Plateau, Linebarger owned a cave. And like many folks with caves in their possession during Prohibition, he was going to make good with it. Thus, the Wonderland Underground Nightclub came to be. 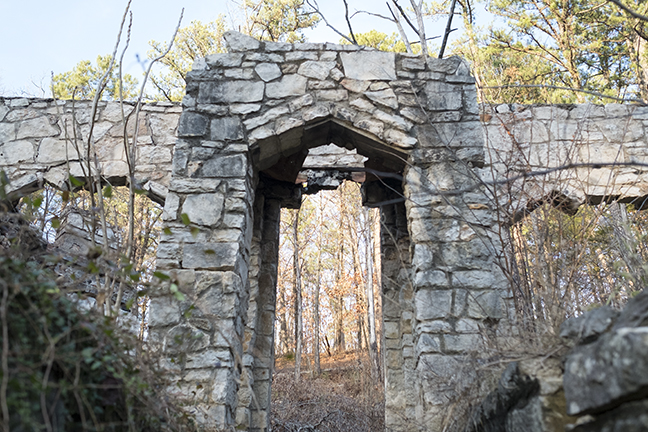 It wasn’t uncommon to find booze or dancing or relics from civilizations gone by in these caves. But what made Wonderland different was that it served a very distinct kind of fare: chop suey.

Reporter-producer (and former Gravy Intern) Robin Miniter travels to Bella Vista, Arkansas to find the cultural threads that led to this dish being served along with chicken salad sandwiches and a side of big band tunes. In a story of policy and palate, she dives into to the attitudes that shaped this menu and shaped the white tourist imagination.

Robin Miniter is an independent radio producer and oral historian originally hailing from Massachusetts. Among other things, her work has covered the rise of women’s rugby across India; grave digging in Western North Carolina; and now, chop suey.

“Begin the Beguine” by Enoch and the Light Brigade

Chop Suey: A Cultural History of Chinese Food in the United States, by Andrew Coe

The Encyclopedia of Arkansas

To learn a bit more about the repurposing of caves during Prohibition times, please check out The SFA Guide to Cocktails by Jerry Slater and Sara Camp Milam