A DISPATCH FROM ASHLEY HALL: THURSDAY, JULY 2, 2010 Johnny Richards, 68, has been in the seafood business since before his eighth birthday. That’s when he started helping his dad out on the family boat here in Apalachicola, Florida. Over the last 60 years, Johnny has spent the summers shrimping and the winters oystering. By all accounts it’s back-breaking work, but around his kitchen table here just a half mile from the Bay, Johnny mentions over and over how much he loves it. “Really what I like about it is being your own boss,” he said, “And the… 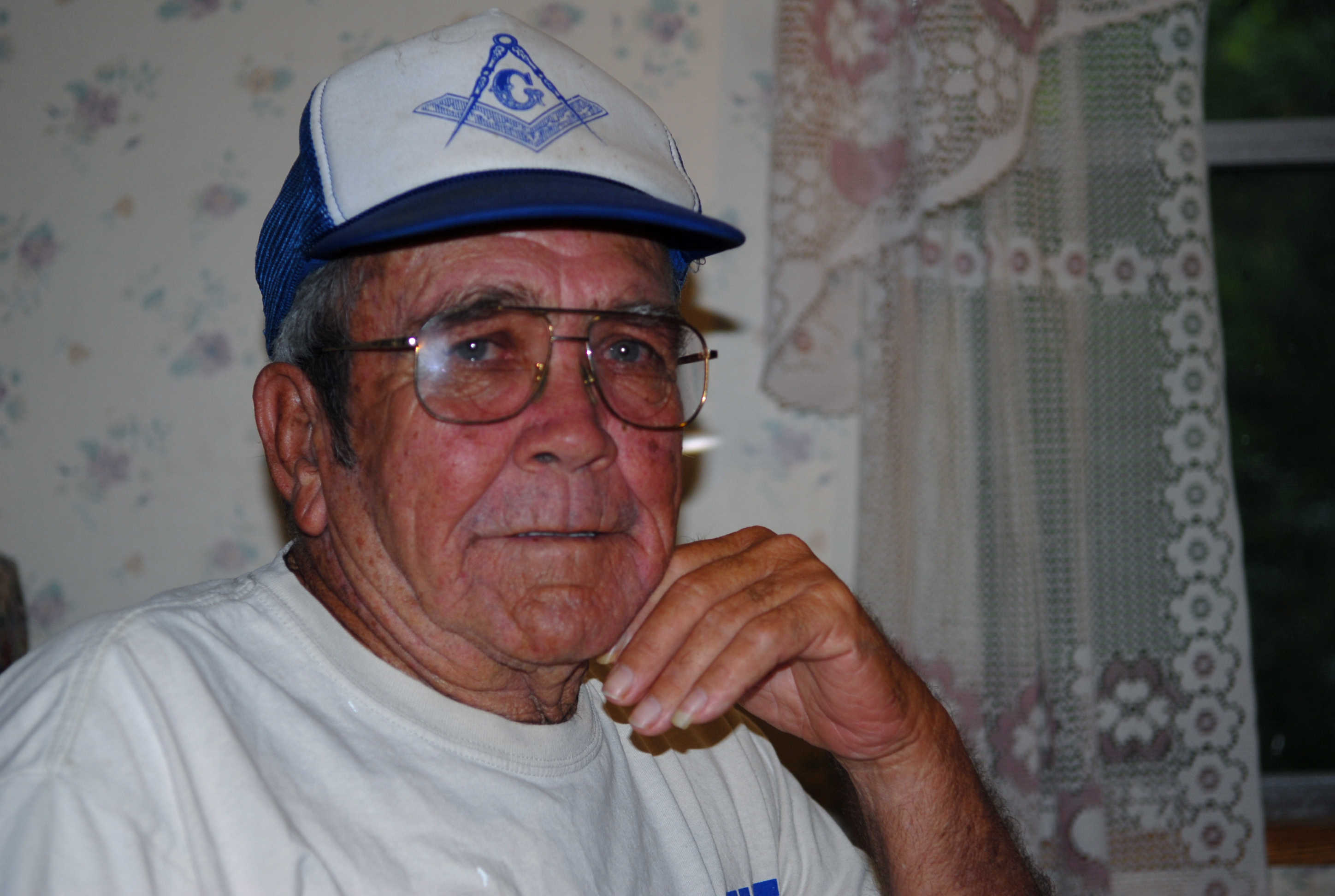 A DISPATCH FROM ASHLEY HALL:
THURSDAY, JULY 2, 2010
Johnny Richards, 68, has been in the seafood business since before his eighth birthday. That’s when he started helping his dad out on the family boat here in Apalachicola, Florida. Over the last 60 years, Johnny has spent the summers shrimping and the winters oystering. By all accounts it’s back-breaking work, but around his kitchen table here just a half mile from the Bay, Johnny mentions over and over how much he loves it.
“Really what I like about it is being your own boss,” he said, “And the solitude that we have once we’re out on these boats.”
In his 60 years on the waters, Johnny has seen a lot of hardship: overfishing, depressed prices, spiking gasoline costs, and the dreaded Red Tides, a rare algal bloom that smothers the life out of the sea life. But when it comes to oil spills, ” We’ve never experienced anything like that,” he said. This bay is pristine, as of today.
Johnny is very quick to defend BP, even though during our chat over coffee I never levied a word of criticism. “I want to commend BP for stepping up and taking responsibility.” “They are doing everything they know to do.” “I don’t have any animosity against BP whatsoever.” He also repeatedly refers to the spill as an act of “Mother Nature.”
He is especially grateful to BP for the huge amounts of money they are paying the fishermen, through a program they call “Vessels of Opportunity.”  Through VoO, each boat captain gets paid $1200 per day and $200 per hand on deck, plus expenses, to drive around the Bay scouting for sheen or placing booms. The conventional wisdom even among the new BP employees is that they’re doing a whole lotta nothing out there. They’re not skimming, they’re scouting and keeping an eye on the booms for eight hours a day.
I heard that they are sending guys out on a 4pm to midnight shift in addition to the day shift. I asked a shucker at a local restaurant what he thought they were doing out there at night.
“I don’t know. I wondered that myself,” he said, “Not much more than what they’re doing in the daytime, I expect.” The shucker agreed that if he could get one of those jobs, he would.
The program is controversial in Apalachicola, because, unlike in Bayou la Batre and much of Mississippi, fishing is open here. These fishermen do have work they could be doing and healthy fish and oysters that they could be harvesting. But a lot of people ask who could blame the fishermen for taking the work–even if it’s mind-numbing– for what essentially is 10 times what they would make in a day oystering.
“It’s human nature to go to bigger money, you know, to supply the needs of the family,” Johnny said.
The fisherman’s point of view is harder to collect down here. If you work for BP you are contractually obligated 1) not to fish and 2) not to talk to the media, even academic non-profit organizations like the SFA. Johnny can talk because he had major heart surgery six months ago and is too weak to be hired by BP right now.
Johnny tells me that oystermen, or “farmers of the sea,” as he proudly calls them, can make about $20 per 60 pound bag of oysters. In a good day, a boat will bring in 12 to 15 bags, which on the high end is about $300 a day. Then you pay your men on deck and you have to pay for gas and boat maintenance. As for shrimping, Johnny tells me that if you bust it, you can bring in $500 a week. “That’s an excellent, really good week. But thereto, a lot of them work day and night” to make that $500 a week.
“It makes an old man out of you in a hurry,” he said.
Now these same men are being paid $1200 not to fish for a mere eight hours a day. It seems a pretty easy decision. “This is more money than any of these guys have ever seen,” one resident told me.
Though Johnny holds no ill feelings toward BP, he is aware of the threat that looms 20 miles west of Apalachicola Bay. “It would be really devastating to our oysters. It would settle on our oyster bars and smother our oysters out.”
I asked if he had thought about what he would do if he couldn’t fish any more. He paused. “Not really. I’m just about the age now that no one would want to hire me.” He paused. “I hadn’t thought about what I’d do if I wasn’t fishing.”
“I’ve worked in a machine shop and all, but I’ve always come back to the seafood industry because I love it.”
I asked for his thoughts on the future.
“Our bay will come back. Mother Nature will restore what’s taken away from us. We take our Bay for granted. We have taken it for granted for so long. We’re being showed by Mother Nature that things can be taken away from us, and not to really take things for granted. Try to take care of what we have, because sooner or later, it can be completely destroyed.”
“Where do we go from here?”
And that’s where we left it. Because the sad truth is that nobody in the world knows.
Read the SFA’s oral history interview with Johnny’s wife, Janice, a shucker at 13 Mile Oyster Company, here.
View THE SFA’S film, Working the Miles, a portrait of Johnny and Janice Richards, here.
* * *
Ashley Hall is an SFA member and contributer to Gravy, the SFA’s foodletter. She is traveling along the Gulf Coast to capture stories relating to the oil spill as a traveling Gravy correspondent. We’ll be posting relevant entries here, but visit the blog she’s set up for the project, Third Coast Byways, for more. 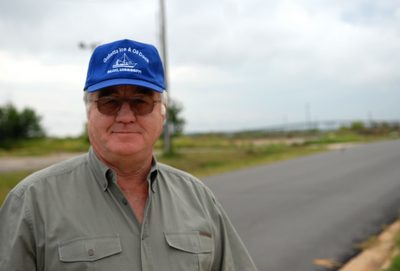 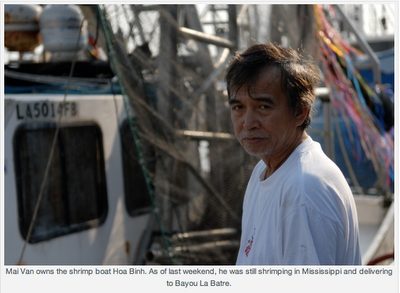 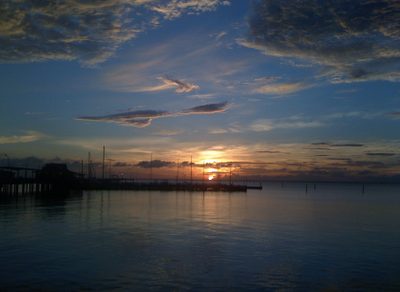