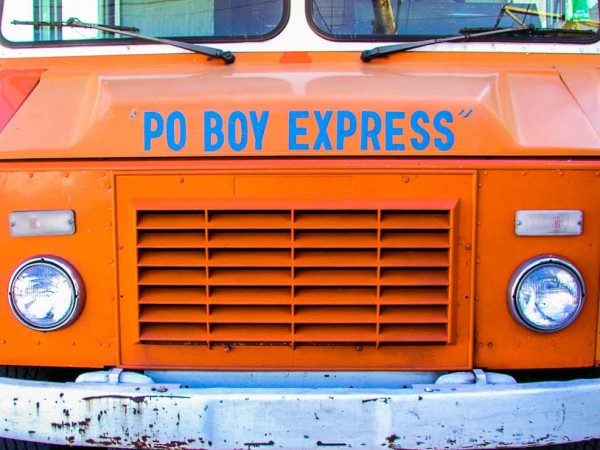 Ten years have passed since the SFA staged its last Summer Symposium in New Orleans. In the interim, Hurricane Katrina surged, the levees failed, and SFA-led volunteers rebuilt a Treme fried chicken restaurant. As the city rebounded, the SFA invested deeply in the peoples and places of New Orleans. And as America awakened to the import of the city, New Orleans doubled down on its culinary culture.

To document that renaissance, SFA oral historians and filmmakers have collected stories from banh mi stackers, po-boy dressers, ya-ka-mein peddlers, muffuletta makers, oyster shuckers, catfish fryers, cocktail mixers, and sno-ball scoopers. Over this weekend, we will share their stories and savor those treats.

In addition to being good to eat and drink, these dishes and cocktails are good to think. They serve as totems of Louisiana pop culture. Throughout 2015, SFA programming explores the popular culture of the American South, examining the ways that cultural forms are packaged, sold, and consumed by wide swaths of society.

It’s appropriate to begin our explorations in New Orleans, a city that looms large in the American imagination. The novelist Henry Miller said, “To know Paris is to know a great deal.” SFA believes that, for those of us interested in culinary culture and pop culture, “To know New Orleans is to know a great deal.” We welcome you to join us as we think and eat and drink our way through this great American city.

Check out the complete program schedule.

– Dinner and a Sazerac at SFA member restaurants

Swamp Pop, the cane sugar-sweetened Louisiana soda, is our Greenshoots showcase for the Summer Symposium

Tickets, priced at $465 each, include Thursday afternoon programming as well as all Friday and Saturday meals and talks. They will go on sale Friday, April 17 at 1 p.m. ET. All attendees must be 2015 members of the Southern Foodways Alliance. Please check your calendar before purchasing tickets because they are nontransferable, and no refunds will be issued after May 15. Prior to May 15, tickets may be refunded and returned to the SFA minus a $150 cancellation fee per ticket. Note that tickets may not be purchased via mobile devices because of survey questions contained in the ticket form.

An email with the ticket link and sale password will be emailed to members in good standing on by noon ET on April 16. If you have not received this email by noon on April 16 but believe you are a current SFA member, contact info@southernfoodways.org.

All talks will be delivered at the beautifully restored Joy Theater on Canal Street at Loyola Avenue. Saturday transportation to and from breakfast will be via chartered streetcars.

Blocks of hotel rooms have been reserved at three French Quarter hotels, all part of the New Orleans Hotel Collection: Hotel Mazarin, Hotel Le Marais, and Dauphine Orleans. As your ticket is purchased you will see a message in the questionnaire section that gives you the website address for booking rooms. Reservations MUST be made by May 11.

Please check your calendar before purchasing tickets, as they are nontransferable. No refunds offered after May 11; prior to May 11, refunds will be issued minus a $150 cancellation fee. Each attendee must be a current 2015 SFA member. A good bit of strenuous walking will be necessary during this Summer Symposium.

Programming included in the ticket price begins Thursday evening, June 25, at 6:00 p.m. with a cocktail reception.

A small group discussion about New Orleans markets post-Katrina will begin that day at 5:00.  There is no additional cost to attend the discussion but seating is limited.  Folks wishing to be a part of that discussion will have the opportunity to reserve a seat in May.

Dinner Thursday night is yours to plan and will be yours to pay. (Beginning Friday morning, SFA picks up the tab again.) On June 15, along with a final schedule, SFA will email registrants a roster of suggested Thursday night restaurants.

Attendees arriving early will be given self-guided tour options. Thank you for understanding that we are unable to accommodate special dietary requests; attendees with food allergies should plan accordingly.