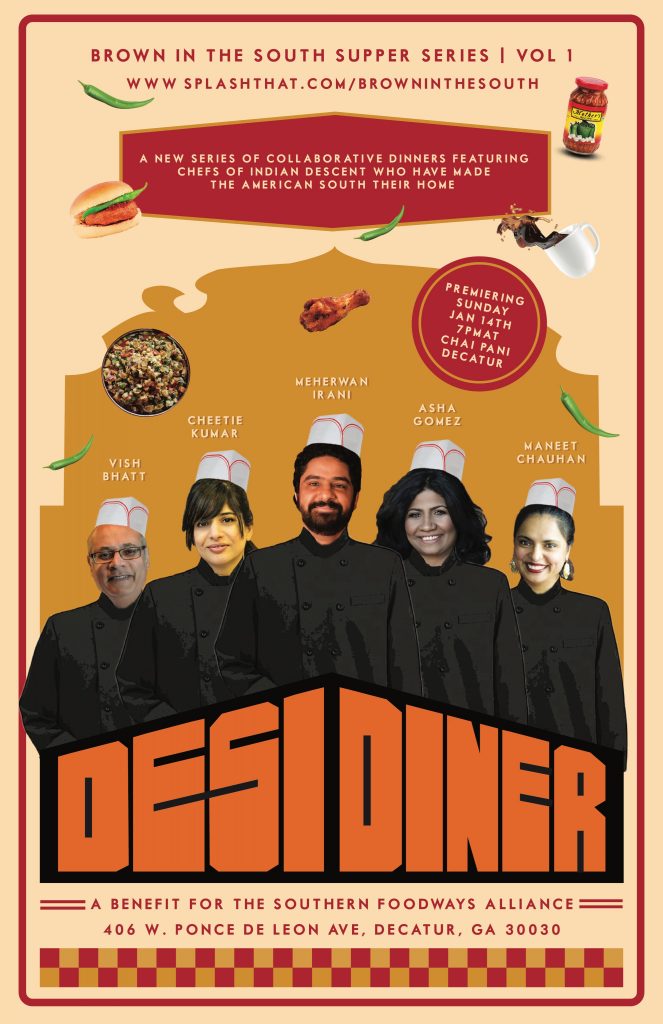 “Brown in The South Supper Series” is a new series of collaborative dinners featuring chefs of Indian descent who have made the South their home. These dinners will showcase the culture, culinary heritage, and cooking styles of these celebrated chefs, while keeping the focus on southern ingredients and uniquely southern themes.

Vol. I: “Desi Diner” will place these chefs in the context of the Southern American Diner: masala meets “meat and three” in a blend of the soulful comfort foods of South Asia and the Southeastern United States. Featured chefs include Vish Bhatt of Snackbar in Oxford, MS; Cheetie Kumar of Garland in Raleigh, NC; Meherwan Irani of Chai Pani in Asheville, NC; Asha Gomez of The Third Space in Atlanta, GA; and Maneet Chauhan of Chauhan Ale and Masala House in Nashville, TN.

Click here to buy tickets for the Brown in the South Desi Dinner, which benefits the Southern Foodways Alliance.