Ronni Lundy, an SFA founding member and the 2009 winner of the same award, gave the remarks in honor of Ms. Grosvenor. You may read them in their entirety here.

It is a pleasure to look around this room and see so many dear faces, new and old. And I am grateful to the members of the Southern Foodways Alliance for letting me come to the party once again.

It has been especially joyful in this, our 16th year of convening, to hear so abundantly from the podium, and from the kitchens, the stories of women told in woman’s voice.

It is something quite rare, for the history of mankind has been marked and marred by persistent attempts to silence woman’s voice. It’s marvelous, then, that we come together tonight to honor a woman’s voice. The most distinctive, evocative, provocative, mysterious, and powerful voice of our profession: Vertamae Grosvenor, recipient of the 2013 Craig Claiborne Lifetime Achievement Award.

We talk about “the writer’s voice,” and Vertamae has indeed spoken to us with it in her exquisite 1970 autobiographical cookbook, Vibration Cooking, or the Travel Notes of a Geechee Girl.

To say this book is seminal would be to use an awkwardly gendered adjective. The truth is it gave life to and nurtured for many of us a whole new way to come to the table and talk about race. It did so by filling the table with food, and telling that food’s story.

Over time more cookbooks followed, as did that conversation. And Vertamae, continuing to speak in woman’s voice, pushed that conversation on race both deeper and further with her sociological study, Thursdays and Every Other Sunday off: A Domestic Rap.

National Public Radio producer Sue Goodwin has said, “Not many preceded her using food as a lens. You know the saying, there’s a universe in a grain of sand? That’s what she did with food. You saw the entirety of America’s history with race through food.”

That achievement alone is remarkable—but it is only an inkling of the breadth and depth, the spirit, soul, and magic of Vertamae’s voice.

I first heard that literal voice some decades ago, coming over my car radio. It had a loamy timbre, like rich, fertile earth.

It had an eternal rhythm, the ocean breaking on the shore.

It hit my ear, the way sound is supposed to do, but it resonated even more in my heart.

It left a live and briny taste in my mouth, like a fresh-shucked oyster.

Vertamae Grosvenor was talking about a world I did not know, the world of a Gullah-Geechee Girl. And as she spoke of her people, of the place where she was born, of their food and rituals, their rhythms, their souls, I felt as if I were there…

Not there-looking-on, but there: Feet sunk in sandy soil, roots furling deep into the belly of Mother Earth and tendrils springing out from eyes, hands, heart—to reach across the ocean, to wrap around the world. I felt connected—a part of something living, infinite, eternal, whole.

She was teaching me—teaching us, as Sue Goodwin notes—the hidden history of race in America, but something additional was going on, beyond the words and stories. That luminous voice itself, this woman’s voice, was speaking to, awakening something in my soul. It gave me permission, invited me, encouraged me, shoved me out the door and said, “Speak up, sister. Find your own voice.”

She as appeared in and been adviser for two classic films, Daughters of the Dust and Toni Morrison’s Beloved. Born in the South Carolina Lowcountry, she has also lived in Philadelphia, Paris, Italy, New York; was an honorary pallbearer for James Baldwin; eulogist for her dear friend Nina Simone. She was a poetry-reading, dancing, and singing Space Goddess in the Arkestra of Sun Ra.

Tonight we salute her for a life remarkably lived. We honor her for the achievement of her work. We acknowledge her for opening our eyes to see, our ears to hear the hard, dark truth about race. And we thank her for using that magnificent woman’s voice to speak to our souls. 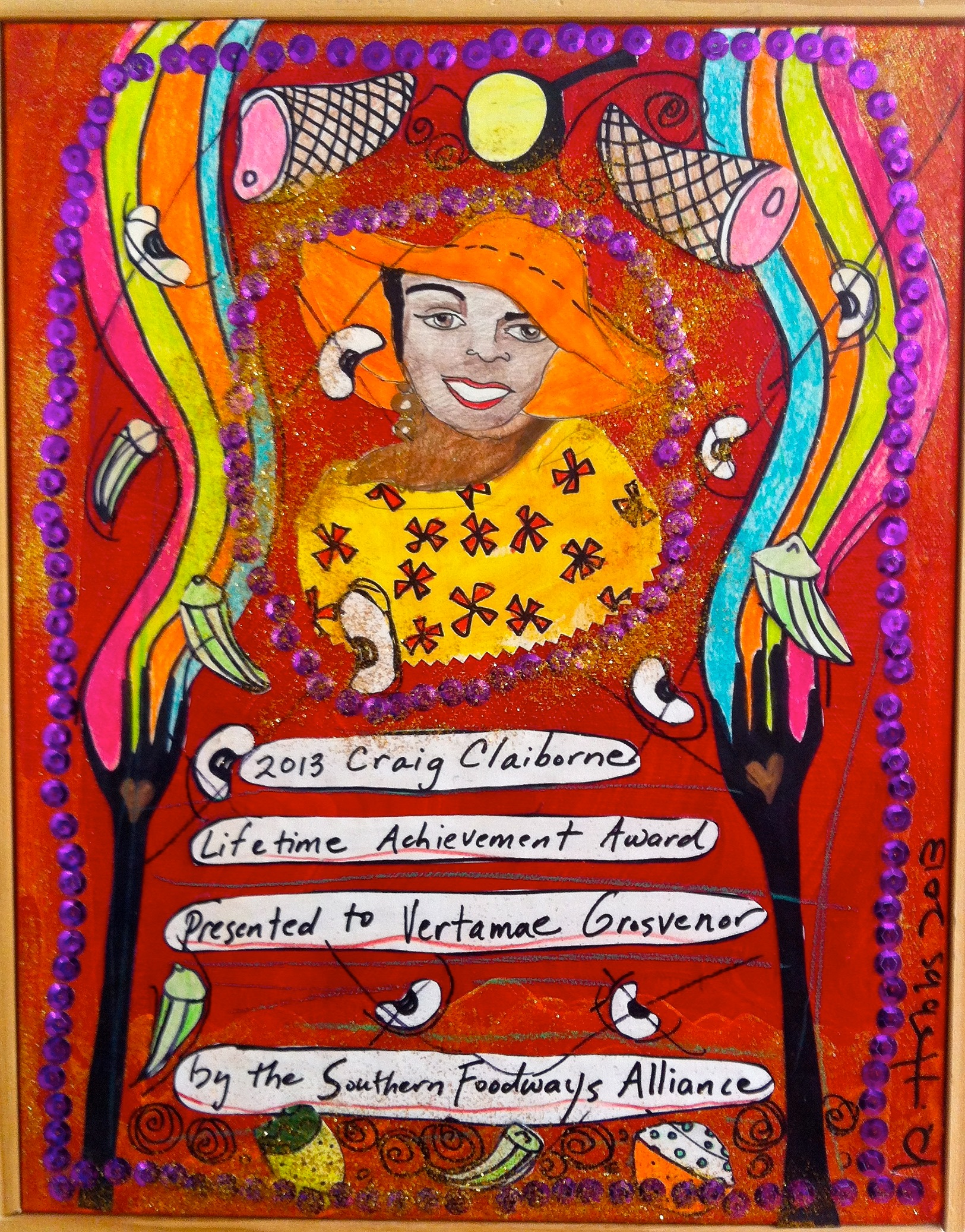