Pitmistress Helen Turner of Helen’s Bar-B-Q in Brownsville, Tennessee, won the 2012 Ruth Fertel Keeper of the Flame Award. Each year, with the support of the Fertel Foundation, SFA honors an unsung hero or heroine of traditional foodways by commissioning a short film about his/her work. Joe York’s film Helen’s Bar-B-Q played to a rapt crowd, with Mrs. Turner seated in the front row. When the film ended with Mrs. Turner saying, “I’m Helen Turner, and I am the pitmaster,” the audience went wild. Here’s a hint: if you make it up to Brownsville and try one of her pulled-pork sandwiches, you’ll go wild again. 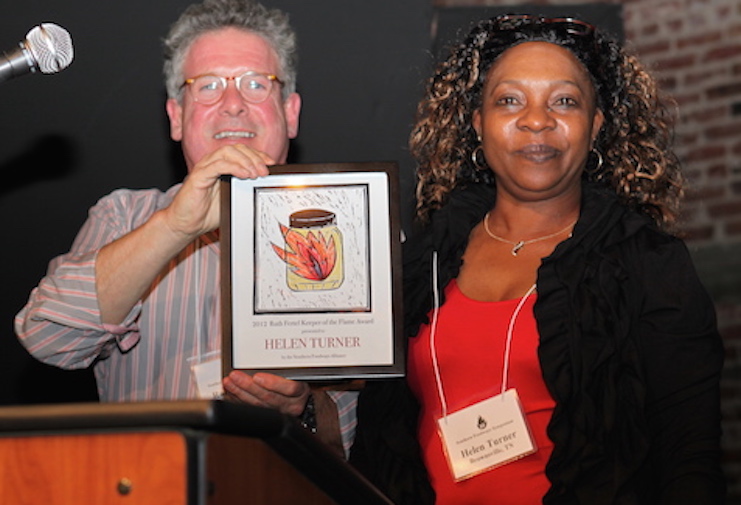