A Helping of Gravy: What’s in the Water in West Virginia

This piece originally appeared in issue #51 of our Gravy quarterly. The author, Courtney Balestier, is a native of Morgantown, West Virginia. She wrote this story in the wake of the January 9 Freedom Industries chemical spill in West Virginia's Elk River. At the end of this piece, Courtney has added an update on how local restaurants have—or have not—recovered from the effects of the spill.

This piece originally appeared in issue #51 of our Gravy quarterly. The author, Courtney Balestier, is a native of Morgantown, West Virginia. She wrote this story in the wake of the January 9 Freedom Industries chemical spill in West Virginia’s Elk River. At the end of this piece, Courtney has added an update on how local restaurants have—or have not—recovered from the effects of the spill.

After a chemical spill, West Virginia restaurants carry on

ON JANUARY 9, 2014, Freedom Industries, an industrial chemical company, spilled up to 10,000 gallons of MCHM into West Virginia’s Elk River. A tributary of the Kanawha River and a part of the Mississippi River watershed, the 172-mile Elk cuts through the Kanawha Valley and the state capital of Charleston. MCHM is a chemical used for cleaning coal, the mining of which is the state’s principal industry. No one seems to have considered what would happen if the chemical entered the West Virginia water system.

In the days immediately after the spill, no professional or government official could explain what had happened or how the safety of the water supply might be restored. Three hundred thousand people in nine counties could no longer live normal lives. They couldn’t boil potatoes, do a load of whites, or bathe their children. On order of the Kanawha-Charleston Health Department (KCHD), restaurants shut down so fast that Sandy Call, manager at Bridge Road Bistro in Charleston, had her staff scrape food off dishes that were now unable to be washed. At least they wouldn’t return to filth, she told herself. The restaurant remained closed for four days.

The leak would devastate the local restaurant industry. The community knew it. And they stepped up with solutions. Local acts like the Diablo Blues Band performed at an “Aquapocalypse” fundraiser, and organizers waived ticket fees for struggling service workers. Proceeds went to the United Way Emergency Fund, established to benefit workers earning less than $13.46 an hour (or $28,000 a year). A state lawmaker–sponsored campaign called Turn Up the Tips encouraged generosity beyond the standard 15–20 percent at reopened restaurants.

Keeley Steele owns three Charleston restaurants with her husband, John, including Bluegrass Kitchen. Bluegrass was one of the first restaurants to reopen, on January 12. They had to use bottled water and bagged ice for most everything; tap water could only be used for suppressing fires. After the mass chaos of those first few days back, Steele believes her staff caught up on lost wages. “We were seeing 50 percent tips,” she said. “I wasn’t seeing anything under 20 percent the first couple of weeks we were open.”

Aaron Diehl manages a home-cooking restaurant in Nitro, West Virginia, that his grandfather opened in 1960. For Diehl, the bottled water option wasn’t a possibility. His scratch cooking—fried chicken livers, green beans, mashed potatoes—is low-margin work with relatively high food costs. The local health department cleared Diehl’s Family Restaurant to open, using city water, a week after the spill. To meet the needs of his twenty-plus employees, who lost wages and tips during the six-day shutdown, Diehl pulled money from his own pocket. “It kicks you in your heart,” he said. “They’ve been here a long time, and they’re like family.”

Sandy Call of Bridge Road Bistro lives eleven miles away from Charleston in St. Albans, a town that relies on a separate water supply. For days, she ran an open house for employees, friends, and family members. They took showers, ate home-cooked meals, and did laundry. When she understood that the closure of her Charleston restaurant might stretch for a week or more, Call set about getting her staff back to work: She ordered disposable tableware and stocked restrooms with hand sanitizer and bottled water. The ad-hoc setup was, she said, like “catering on a farm.”

THREE WEEKS AFTER THE SPILL, restaurants cleared by KCHD are no longer required to use bottled water or bagged ice. But Steele and Call said they both smelled licorice, the chemical’s telltale aroma, even after they flushed their water lines as recommended by the governor’s office and the local utility. Call continues to spend $350 every other day on office cooler–style water jugs. And Steele still buys a few hundred dollars’ worth of ice a week. She also employs two Drinkable Air units, which work like dehumidifiers to process moisture extracted from the air into drinking water. They’re not risking it.

Neither is Betty Lou’s Diner in South Charleston, known for pinto beans, cast-iron skillet cornbread, and hot dogs topped with homemade chili and slaw. People are skittish, said manager Stefani Angel. It seems everyone has heard about a place that claims to be using bottled water but isn’t. “About 99% of my customers I know by face and by order,” Angel said. “They know if I say something, I mean what I say.”

West Virginians can’t trust much else right now. “I feel like we’re guinea pigs,” Call said. “There’s no testing; they don’t know what’s going on. We actually have students coming in and doing theses on us. We’re like lab rats.” There’s also a sense of camaraderie at a time when the area is being scrutinized by outsiders. Steele said she’s had a few conversations with visiting media surprised at what a well-informed city they’ve landed in, which strikes her as something of a backhanded compliment.

It can seem frivolous, going out to eat in the midst of a disaster. But it’s more crucial than we might realize. Local restaurants offer a favorite dish, an impromptu town hall, an hour or two of amnesia against changed circumstances. Call says she sees the restaurant as a safety zone. “People know they can trust us. They can be served what they’d like at home. I’m looking out for my guests as I would my family, because that’s what they are.”

As water cleanup efforts continue in Charleston, the cloud of the spill remains. Keeley Steele — of Bluegrass Kitchen, Tricky Fish and Frütcake — is still cooking with bottled water, using Drinkable Air water coolers and buying ice (except Tricky Fish, which is using its ice maker again), adding a 3-percent surcharge to bills to cover costs. She says many places have gone back to their routines but that, as restaurateurs who emphasize local and organic, she and her husband have felt the expectation to be more cautious. Likewise, Bridge Road Bistro continues to cook with bottled water and offer it to guests — often by request — despite announcements on-site and on social media that its water has tested at 0 parts MCHM per billion. “The confidence in the water supply is still very bleak,” manager Sandy Call said via email.

It all proved too much for Betty Lou’s Diner, which is closing its doors this week. “We never recovered,” said owner Kevin Yeager. “We’re a little mom-and-pop shop a little off the beaten path to begin with. For us to lose anything at all was too much.” 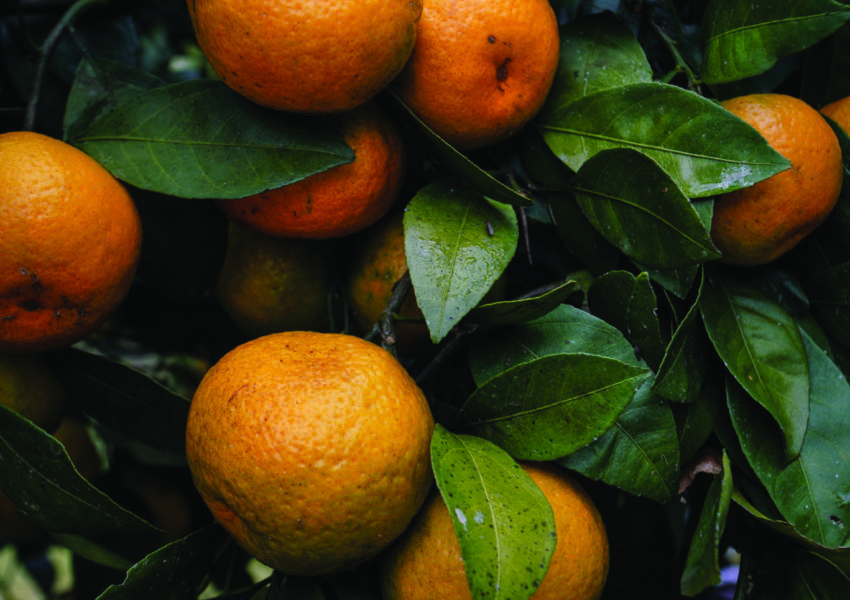 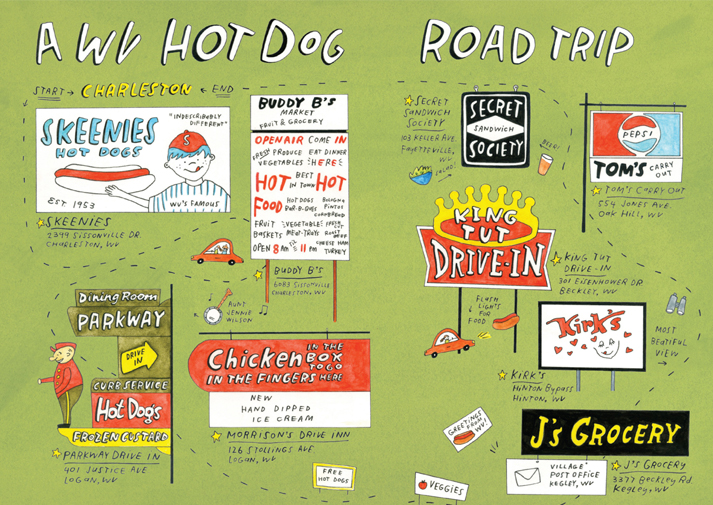 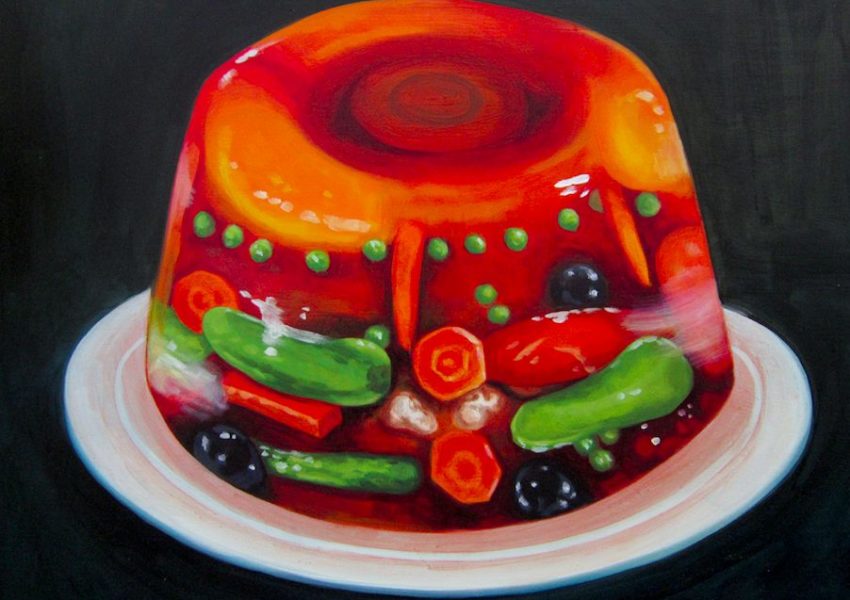