Brett Anderson, SFA board president and restaurant critic and feature writer at the New Orleans Times-Picayune, has won numerous awards from the Association of Food Journalists and the James Beard Foundation. Ask him how he feels about fried seafood platters. Go on, ask him.

Gustavo Arellano is the editor of OC Weekly, an alternative newspaper in Orange County, California, and author of Taco USA: How Mexican Food Conquered America. A columnist for Gravy, he writes “¡Ask a Mexican!,” a nationally syndicated column in which he answers any and all questions about America’s “spiciest and largest minority.”

Mashama Bailey’s Savannah restaurant, The Grey, was named both a James Beard semi-finalist and one of Food and Wine’s 5 Best Restaurants in America within just six months of opening. Her port city Southern cuisine features Southern ingredients cooked in a European fashion to reflect Savannah’s myriad historic influences.

Scott Barretta is the host of the Highway 61 radio show for Mississippi Public Broadcasting. He is also head writer and researcher for the Mississippi Blues Trail, a widely published music journalist, and the former editor of Living Blues magazine.

Sandra Beasley is an award-winning poet whose memoir Don’t Kill the Birthday Girl also serves as a darkly humorous cultural history of the food allergy. One of her 2015 resolutions has been to do more dancing—“dancing worthy of a Clarksdale juke-joint,” that is. Her newest book of poetry is Count the Waves.

Sean Brock earned his James Beard Award at the helm of McCrady’s in Charleston, South Carolina, but he learned to love cooking in the coalfields of Wise, Virginia. His reputation for exploring and preserving the roots of Southern food is matched by the fame of his heirloom vegetable tattoos. His cookbook, Heritage, is a beaut.

Gabe Bullard was a Nieman Fellow at Harvard University, studying many things, most of them related to history, culture, and journalism. Prior to Nieman-ing, Gabe served as director of news and editorial strategy at for WFPL, Louisville, Kentucky’s public radio news station. He now works with National Geographic.

Katie Button had been accepted to a neuroscience doctoral program when she made a career change. With her husband, she now owns Cúrate tapas bar and its nightclub neighbor, Nightbell, in Asheville, North Carolina. Button has been named a James Beard Rising Star Chef Semi-Finalist for three consecutive years and a Food and Wine Best New Chef.

David Carrier helped launch a Southern comfort-food movement at Kith & Kin in Chicago. Before that, he kick-started the Panhandle cuisine scene at the Gibson Inn in Apalachicola, Florida. After a stint at The Cloister and The Beach Club in Sea Island, Georgia, David is now working on a new restaurant concept of his own.

Justin Devillier joined La Petite Grocery in New Orleans in 2004, later purchasing the restaurant and helping to reinvigorate it after Hurricane Katrina. He puts a Southern twist on French cuisine. With his recently opened Balise, he plans to spur a New Orleans ‘crudite revolution.’

Lisa Donovan‘s life was altered at age twelve by a Viennese chocolate truffle. Since then, she’s served as pastry chef at City House and Husk in Nashville, sustained a writing career, and founded Buttermilk Road Supper Club.

Elizabeth Engelhardt, a native of Hendersonville, North Carolina, is the John Shelton Reed Distinguished Professor of Southern Studies at the University of North Carolina-Chapel Hill. Most recently, she wrote A Mess of Greens: Southern Gender and Southern Food and co-edited The Larder. She chairs the SFA academic committee.

Valerie Erwin’s Geechee Girl Rice Café showcased the foodways of the Geechees during its twelve-year tenure in Philadelphia, Pennsylvania. Erwin now focuses her attention on writing and speaking about food, culture, and social justice in the hospitality industry.

Corbin Evans made his name in Philadelphia and New Orleans before landing in Oxford, Mississippi, and opening Oxford Canteen, a literal hole-in-the-wall that serves from an alley window. Evans has a way with seasonal, locally sourced ingredients, and he will put a fried (local) egg on anything.

Kim Floresca trained for ten years in celebrated restaurants Per Se in New York, French Laundry in Napa Valley, and El Bulli in Spain. In 2013, she and partner Daniel Ryan began their first solo venture at {ONE} in Chapel Hill, where local agriculture and animal husbandry define their vision.

Jack Hitt is the author of a new book, Bunch of Amateurs: A Search for the American Character. He’s a contributing writer to the New York Times Magazine and occasionally contributes to the public radio program, This American Life. At the 2004 SFA Symposium, he spoke of Maurice Bessinger, barbecue, the Confederate flag, and racism.

Alba Huerta directs the Southern-inspired bar Julep. Through her work there, at the Pastry War, and at Anvil Bar and Refuge, she has helped shape Houston’s craft cocktail scene. At Julep, Huerta’s seasonal cocktail menus draw on archival cookbooks and historical data to tell a liquid tale of the South.

Kiese Laymon, a native of Jackson, Mississippi, is the 2015-2016 John and Renée Grisham Writer in Residence at the University of Mississippi. He is the author of the collection of essays How to Slowly Kill Yourself and Others in America, the novel Long Division, and two forthcoming works, A Fat Black Memoir and the novel And So On.

Rob Long is a writer and producer in Hollywood. He began his career with the iconic television show Cheers, has authored two books, is a contributing editor to the National Review and the Los Angeles Times, and hosts a weekly radio commentary, “Martini Shot,” on public radio in Los Angeles.

Kate Medley is a Durham-based photojournalist and documentarian who works with Whole Foods Market. A graduate of the Southern Studies program at the University of Mississippi, Kate directed and produced Counter Histories, a series of SFA films that document the impact of lunch counter sit-ins during the Civil Rights Movement.

Lauren Mitterer combines her background in studio art with her love of comfort desserts at WildFlour Pastry in the King Street neighborhood of Charleston, South Carolina. She adores chocolate chip cookies a la mode; we adore her Sunday Sticky Buns.

Ricky Moore‘s culinary career has taken him around the world, just as his military childhood and tenure as a cook in the U. S. Army had done previously. Moore is the chef-owner of Saltbox Seafood Joint in Durham, North Carolina, inspired by classic American fish camps and waterside seafood shacks.

Jeff Mosier, a veteran of bands like Blueground Undergrass and Colonel Bruce Hampton’s Aquarium Rescue Unit, spontaneously stepped on stage with his banjo at our 16th Southern Foodways Symposium. His grooves were a hit, and he and his collective have since been our Symposium Saturday night house band.

Rob Newton is the chef-owner of Nightingale 9 and Wilma Jean in Brooklyn, New York. The former pushes the culinary envelope with innovative Vietnamese cuisine, and Wilma Jean has made a stir with tried-and-true Southern dishes like fried bologna sandwiches and immaculate fried chicken.

Tom Okie is a professor of history and history education at Kennesaw State University, where he focuses on culture and agriculture, poverty and improvement, and land and landscape in the nineteenth and twentieth centuries. Look for his book, The Georgia Peach: Culture, Agriculture, and the Environment in the American South, in 2016.

Ted Ownby is the author of American Dreams in Mississippi: Consumers, Poverty, and Culture, 1830-1998 and Subduing Satan: Religion, Recreation and Manhood in the Rural South, 1865-1920. Director of the Center for the Study of Southern Culture at the University of Mississippi, he writes and teaches classes on the social and cultural history of the American South. 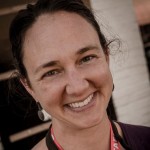 Catarina Passidomo,
SFA Foodways Professor, teaches at the University of Mississippi and holds degrees in sociology and anthropology, ecological and environmental anthropology, and geography. Her recent research has focused on foodways and social justice in New Orleans and culinary tourism in Peru.

Jack Pendarvis is the author of two short story collections, The Mysterious Secret of the Valuable Treasure and Your Body Is Changing, as well as the novel Awesome. Get a taste of his humor in the cartoons Adventure Time and SpongeBob SquarePants, for which he is a writer. Look for his latest book Cigarette Lighter, part of the Object Lessons series, out in early 2016.

Alice Randall is the author of The Wind Done Gone, Pushkin and the Queen of Spades, Rebel Yell, and Ada’s Rules. She was also the first African American woman to pen a number-one country song: “XXX’s and OOO’s (An American Girl),” the 1994 Tricia Yearwood hit. Her newest work, written with her daughter, is Soul Food Love, a cookbook.

Drew Robinson is an Alabama native and the executive chef and pitmaster at Jim ‘N Nick’s Bar-B-Q in Birmingham. Robinson loves the ritual of preparing the fire, turning on some great blues music, and cooking a pig overnight, waiting patiently for it to reach perfection. He serves on the content committee of the SFA board.

Besha Rodell earned her chops as a restaurant critic at Creative Loafing in Atlanta before moving to L.A.Weekly in 2012. She has received multiple awards, including a James Beard Award in 2014. She values tacos, whiskey, and the American rite of passage known as the 40-ounce.

Robert Sietsema blazed the trail to small, noteworthy New York City restaurants during his twenty-year tenure as a food critic for the Village Voice. These days you can find him writing at Eater, still directing the curious and courageous through the diverse culinary landscape. His new book is New York in a Dozen Dishes.

Jodi Skipper, a professor of anthropology and Southern Studies at the University of Mississippi, studies public archaeology and cultural heritage tourism, specifically as they relate to communities of color in the Southern U.S. Her most recent project engages Black Creole communities in southwestern Louisiana.

Monique Truong is the Brooklyn-based New York Times Bestselling author of Book of Salt (2003) and Bitter in the Mouth (2010). Truong is also an intellectual property attorney, but she hopes that you will not hold that against her. If you attended the 2014 SFA Symposium, you heard her read a love letter to Red Bridges Barbecue.

Price Walden was a nineteen-year-old University of Mississippi student when he composed Leaves of Greens: A Collard Opera for the 2011 Symposium. When he’s not working as a composer, Walden reads books, makes a mean risotto, and plays piano in various church choirs, including his home church, First Presbyterian of Oxford.

Jay Watson is the Howry Professor of Faulkner Studies at the University of Mississippi, where he also directs the annual Faulkner & Yoknapatawpha conference. Watson is co-editor of Faulkner’s Geographies, Fifty Years After Faulkner, and Faulkner and the Black Literatures of the Americas.

Charles Reagan Wilson taught for 33 years in History and Southern Studies at the University of Mississippi before retiring in 2014. Author of several books including Baptized in Blood, Wilson edited the New Encyclopedia of the Southern Culture and maintains a formidable collection of Southern pop culture ephemera.

Tandy Wilson opened City House in Nashville’s Germantown district in December 2007 and is now collaborating with Fresh Hospitality to open a pizza joint in Morgantown, West Virginia. Wilson gravitates toward ‘delicious blue-collar cooking,’ and he refuses to serve anything in even-numbered quantities.

Sara Wood became SFA’s full-time oral historian in 2014, after meddling in modern dance, public radio, and museum work. This summer, she taught her first SFA oral history workshop, drawing students from across the nation to learn advanced storytelling techniques. Wood has a gift for getting great stories out of everyone she meets. 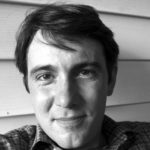