Louise Parrish was born and raised on a farm in Chapel Hill, North Carolina.  In addition to the farm’s tobacco and cotton fields, her family kept a vegetable garden and fruit-bearing trees on the property. As a child, Louise developed a hands-on approach with food. She and her fourteen siblings helped harvest the vegetables from the family garden, churned butter and buttermilk, and canned peaches and other summer foods for the Carolina winters.

Louise fondly remembers her mother’s cooking and baking and drew inspiration from her mother’s culinary knowledge to start Louise’s Old-Fashioned Baked Goods. Louise has been an artisan vendor and baker at the Carrboro Farmers’ Market since the early 1990s.  Her pound cakes are known and revered by many market-goers.

Although Louise is known for her pound cakes, she also bakes layer cakes, pies, brownies, and a myriad of other desserts from scratch. She even grinds her own coconut for her coconut layer cakes. Her attention to detail and her use of locally sourced ingredients make her desserts a highlight of the Carrboro Farmers’ Market.

Louise Parrish passed away on December 22, 2016. She was seventy-eight years old. 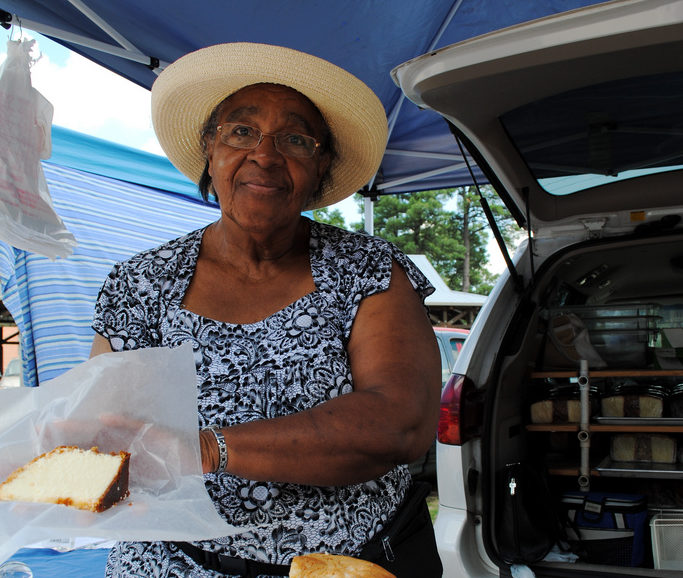 "You can't live in this world not wanting to work together or let everybody have their own share. And, like I said, it all depends on your attitude. I’m not out here to take anything away from anybody. And I’m not out here to sell you nothing you don’t want." - Louise Parrish 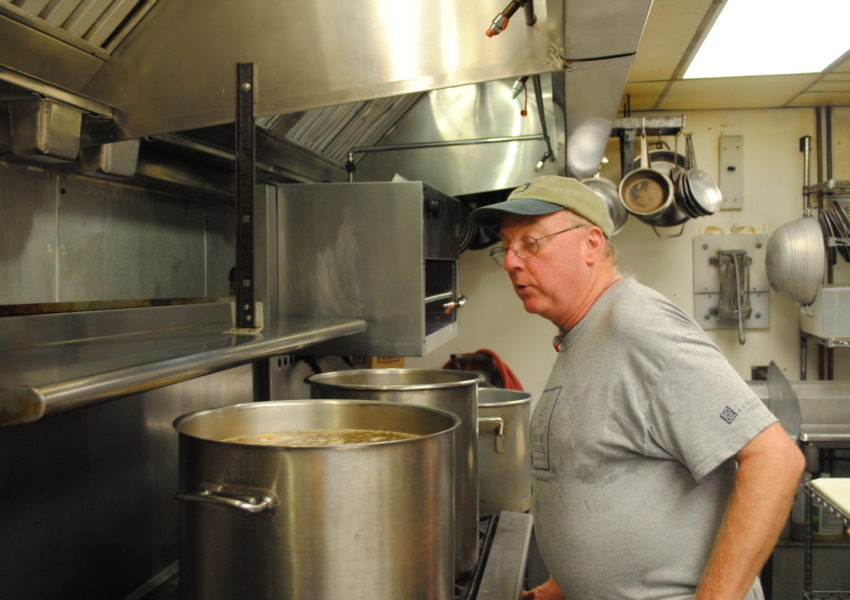