John T. Edge: So please tell me, for the purposes of discussion, is Fairy Bell your — your given name or is it a nickname?

Fairy Bell: No, Fairy Bell is my given name…I got it from a white lady we were staying with. We were sharecroppers–my father was–and so she named me. I was big and plump they say I was pretty. And so the white lady give me my name, Fairy Bell. She said I looked like a little fairy when I was with a baby. And so that’s how I got that name.

And where did you grow up?

I growed up in Burgess. That’s–that’s out there by Clear Creek. You know where Clear Creek Church is? That’s where we grew up from. That’s where my father and them all grew up from. So we was–he was [inaudible] [Dog barking loudly] My grandfather, he a slave you know, and my father, he was hired out to the Joneses. And so that’s where they stayed in Burgess and that’s where he just stayed around with them. And when he got married, we stayed on–you know he stayed on with them. And then he and my mother got married, and so we just still stayed and stayed.

So y’all stayed out at the same place the Joneses had?

Right, until all the children was grown and married and then my father got a little bit too old for working in the you know–sharecropping. And so then we left and come to Oxford. Then we moved in the place they call [Shelly Bar Hollow].

( Read the full interview by following the PDF link above ) 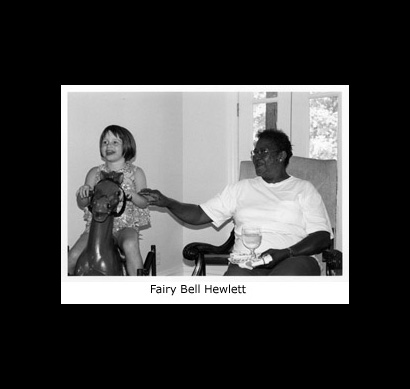 I had a book of my own that I made up…I made a lot of recipes up in there of different things of my own self, just like my homemade rolls--cinnamon rolls and stuff like that. And everything that I did or was like homemade, it was from scratch, you know. ~ Fairy Bell Hewlett