We thank SFA Board president Sara Roahen for her recap of this event.

The menu for the July 20, 2013 Piggy Bank dinner at RT Lodge in Maryville, Tennessee spoke many important truths: housemade butters and cheeses, hoecakes made with Benton’s bacon, crème fraîche from Cruze Farm, wax bean salad, skillet corn, peaches and dumplings. But it was the words from Luciano Pavarotti printed on the flipside that best summarized the evening’s spirit: “One of the very nicest things about life is the way we must regularly stop whatever it is we are doing and devote our attention to eating.” 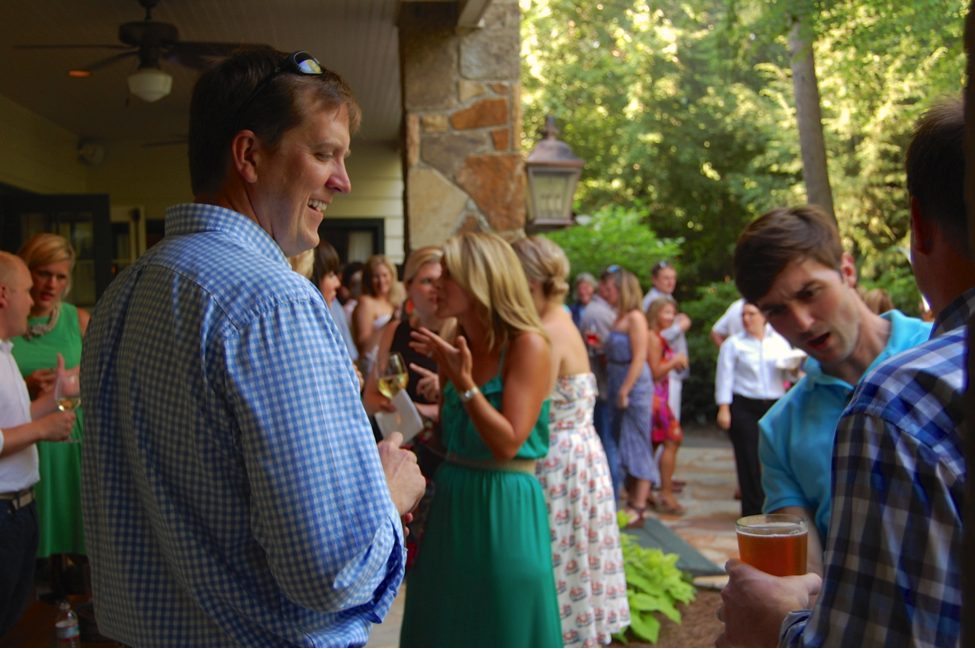 More than 200 guests attended the dinner, a portion of whose proceeds will benefit the SFA. As the evening kicked off, they gathered in the Main Lodge’s common spaces and on the terrace for a pre-dinner spread of pimento cheese, charcuterie, and pickles.

The weather was sweltering for the region (though not for this New Orleanian, for whom sleeping with the windows open was ecstasy); guests fought back with sundresses, various brow-wiping devices, and the Southern beverage hospitality of Cultivate Wines and Saw Works Brewing Company.

Joe York’s Cured, a film about the country ham and bacon artisan Allan Benton, showed on three screens during cocktail hour, upstaged only by the man himself, who supped with his wife, Sharon, two of their children, and a daughter-in-law. If I were to report that his was the rowdiest table, that would be a compliment.

The family-style dinner went down beneath an open-air tent, and a bluegrass band that performed before a backdrop of hanging quilts.

Though the event’s menu and execution were elegant, the room was wonderfully raucous. We ate Joseph Lenn’s blackberry-glazed quail with our fingers, and as I retreated to my room through a rainstorm afterward, I saw a man balancing an umbrella in one hand while holding a speared marshmallow over the Lodge’s fire pit in another. His companions huddled beneath the back covered porch, enjoying a second dessert of s’mores. 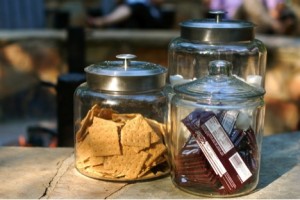